Enforcing the “Safe and Sanitary” Environment Standard Within U.S. Detention Facilities to Save Children's Lives 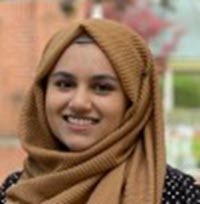 On December 18, 2018, eight-year-old Felipe Alonso Gomez and his father were apprehended by the United States (U.S.) Customs and Border Protection (CBP) as they crossed into the United States from the southern border. After being detained for six days in CBP custody, on December 24, Felipe developed a cough and displayed flu-like symptoms. Since influenza has an incubation period of four days, it is highly likely that he acquired the infection while in CBP custody. Felipe did not live long enough to see Christmas. The subsequent autopsy report contained gruesome findings of the effects of infection that Felipe never should have endured. Specifically, the influenza infection resulted in a deadly complication: a bacterial infection from Staphylococcus aureus. The autopsy found that Felipe had bloody fluid in his chest cavity, damage from inflammation in his respiratory tract, and a massive hemorrhage in his lower lungs. These are horrifying conditions for any human being to have to endure, let alone an eight-year-old child.

The death of Felipe is just one example of a migrant child dying from an infection after crossing the U.S. border. Between December 2018 and late May 2019, there have been three reported deaths of migrant children in CBP detention facilities, and three additional reported deaths of migrant children just after their release from CBP custody, all from illnesses such as influenza, staph, and pneumonia. According to a letter from physicians and public health professionals connected to Johns Hopkins and Harvard Medical Schools, the number of child migrant deaths from influenza reflects a substantially higher death rate from influenza as compared to the general population. Migrant children in detention facilities also have a higher risk of acquiring severe influenza compared to children in the general U.S. population due to factors such as lower immunization rates in their home countries, higher rates of infection with other infectious diseases, and insufficient access to health care.

The conditions within migrant detention facilities are dangerous for detainees. Even though the CBP facilities are only meant for short-term detention of undocumented immigrants while they are being processed, detainees have faced long detention periods and overcrowding. The overcrowding of these detention facilities, which leads to inadequate sanitation, food, and health care, creates a high risk environment for transmission of infectious diseases in addition to poor sanitation-related health issues. For example, between 2018 and 2019, one CBP facility that mainly detained children had outbreaks of scabies, shingles, and chicken pox among detainees. As this Article focuses on outbreaks within CBP facilities, it is important to understand where CBP falls within the immigration process, as well as which laws apply to the regulation of health care provision at CBP facilities.

In 2003, per the Homeland Security Act of 2002, the Immigration and Naturalization Service (INS) was disbanded and reorganized into three components: U.S. Citizenship and Immigration Services (USCIS), to focus on benefits applications; U.S. Immigration and Customs Enforcement (ICE), to focus on immigration enforcement; and CBP, to focus on border security. CBP and ICE facilities are thus federal facilities, and their regulation falls under the purview of the federal government. The Public Health Service Act of 1944 (PHSA) gives the federal government broad authority to regulate the spread of communicable diseases. Section 264 of the PHSA states that the federal government has the authority to “prevent the introduction, transmission, or spread of communicable diseases from foreign countries into the states or possessions, or from one state or possession into any other state or possession.” The purpose of this law is to prevent the spread of infectious disease carried by individuals coming from other countries to the United States.

Additionally, the Flores Settlement Agreement (FSA) is a 1997 agreement signed by the U.S. government that sets standards for the care of minors in federal immigration custody. This agreement is a binding contract between the U.S. government and all minors detained in CBP and ICE custody that remains binding until the federal government implements regulations that codify it. The FSA specifically provides that minors are to be held in “facilities that are safe and sanitary and that are consistent with the [CBP and ICE's] concern for the particular vulnerability of minors.” The purpose of this agreement is to protect the health of minors who are detained in U.S. custody.

In the past, the PHSA has mainly been used in relation to quarantine and isolation measures in order to prevent the interstate spread of disease. To date, it has not been applied to how the federal government deals with infectious disease among individuals within U.S. detention centers. However, that may be because the issues of child deaths in CBP detention facilities, as well as the spread of infectious disease in CBP facilities, have only recently been brought to light. Moreover, the FSA does not clearly define “safe and sanitary” conditions for child detainees with respect to a standard of care for child detainees. Consequently, this Article is one of the first to discuss the issue of infectious disease within CBP detention centers, along with the federal government's responsibility under federal law to reduce the spread of disease and promote safety of child detainees.

This Article will proceed as follows. Part II will first describe the conditions in detention centers and how those conditions create a high-risk environment for infectious diseases and other illnesses related to poor hygiene and sanitation. Part III will discuss the federal government's responsibility under Section 264 of the PHSA to protect American citizens from the spread of infectious disease, as well as its responsibility under the FSA to provide appropriate living conditions for child detainees within U.S. custody. Part IV will argue that the government is acting in violation of the FSA and PHSA by failing to maintain safe and sanitary conditions within detention centers and by not providing the option of vaccinations to children in CBP custody. Lastly, Part V will offer recommendations that may help to provide a better standard of care for child detainees to prevent deaths and the spread of disease.

By not providing infectious disease vaccinations to children in CBP detention centers, the federal government is failing its responsibilities under Section 264 of the PHSA and under the FSA. Vaccinations are proven to prevent the spread of infectious disease, are cost effective, and are a practical and immediate solution to the issue of the spread of infectious disease. Moreover, a new iteration of a bill such as the Humanitarian Standards for Individuals in Customs and Border Protection Custody Act, which already set standards for the medical screening of child detainees upon arrival at CBP detention facilities, could be a vehicle to establish vaccination of children as a standard of care. At the very least, steps must be taken to resolve the poor conditions within CBP facilities. No child, whether he or she is a migrant or an American citizen, should have to face the horrible illness and death that can result from infectious diseases. Ultimately, the overarching concern that all Americans should have is the safety and wellbeing of these children within U.S. custody. To ignore this issue is to continue to put the lives of children at risk, and that is unacceptable.