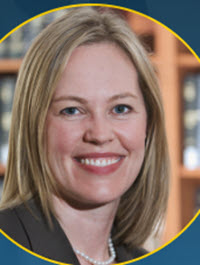 When I was a deputy federal public defender in Los Angeles, I represented many individuals who were charged with the federal crime of illegal reentry. One client in particular still stands out in my memory. When I first met him in lock-up, he told me that he should not have been deported. When I asked why, the answer was simple: he was American. He had lived in the United States from the time he was a baby. He knew nobody in Mexico and did not speak Spanish. He had pledged his allegiance to the American flag every day in elementary school. His children were United States citizens, as were his wife and parents. Yet, he had been expelled from the country he loves and would soon begin a federal prison sentence for returning to it.

At the heart of Beth Caldwell's beautifully chronicled new book, Deported Americans, is a central tension in what it means to be American. On the one hand, being American can be defined as it is under the citizenship law, as a native-born or naturalized citizen. On the other hand, as the stories of the deported Americans Caldwell shares in her book teach us, being American can be understood as a set of shared experiences, loyalties, and relationships that make someone feel and identify as American. One deported American featured in Caldwell's book explained the tension this way: “If you ask me, 'What are you?’ I'm going to say I'm American. That's where I grew up. That's what I know .... My papers say I'm Mexican but there's a lot more to it than what my birth certificate says.” A deported military veteran had this to say: “I am an American at heart and in many other aspects. It's the paperwork stating that I am an American that I regretfully lack.”

In Deported Americans, Caldwell masterfully paints a grisly picture of what the American immigration system has become: a punitive, deportation-centric system that ousts people who are American in every way except on paper. Caldwell's work on the book began in 2009 when she moved to Mexico on a Fulbright Garcia-Robles grant and started to interview deported Americans who had been exiled from the only home they knew. The in-depth research process for Deported Americans is best described as longitudinal--Caldwell continued to conduct interviews with the people she met about their lives over a period of seven years. Caldwell also supplemented her in-depth interviews by spending time with the people she met “in their homes, at their jobs, in parks, and in restaurants.”

Caldwell goes about her work by exploring the political and legal history of U.S. immigration policy, but, more importantly, by introducing her readers to the extended community of people impacted by deportation that she has gotten to know so well. This includes not only those who were formally deported by the U.S. government, but also their extended families--including children, spouses, and parents. Some families made the difficult decision to be deported together, despite the fact that many family members were themselves U.S. citizens or lawful permanent residents. Others remained separated from their loved ones, enduring loneliness, depression, and other harms that accompany the “slow death” of family separation. Caldwell traces the twists and turns of their lives after deportation. Not surprisingly, many of the individuals that Caldwell follows returned to the United States after their deportation. The pull to be reunited with their children and families made it impossible to live in exile.

Today the majority of Americans do not favor deporting all persons who are here unlawfully. Some immigrant rights groups have begun to advocate a deeper recognition of the racial violence imposed by existing structures of immigration enforcement, including by “abolishing ICE” and “ending deportation.” In its place, our country could begin to imagine a more just and equitable system for immigrant integration. Yet, when policymakers discuss deportation, very rarely do they address the real pain and separation endured by people impacted by deportation. Deported Americans helps to fill this void. By weaving together the powerful narratives of the people she met into a rich narrative tapestry, Caldwell exposes the deep flaws in current deportation policy. At bottom, she pushes the law to embrace a broader definition of American, one that recognizes people's lived experiences, supports family ties, and rewards social membership.