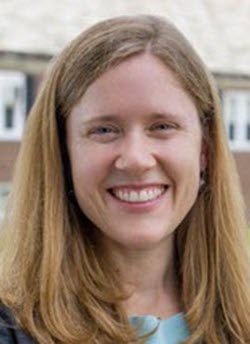 A new wave of federal court litigation has required immigration judges to consider alternatives to immigration detention in bond hearings. Although alternatives to detention can take many forms, the most common is electronic monitoring. Immigration detainees and their advocates now find themselves asking to trade the physical walls of jail for virtual walls, begging for a different type of punishment and control. Electronic monitoring imposes pain, shame, arbitrary rules, and limitation of freedom on persons, causing many to experience it as punitive. Its use also facilitates replacing a regime of over-detention with one of over-supervision and becomes the means by which immigration enforcement authorities surveil immigrant communities. It has become a Faustian bargain--should a detainee remain in jail or request these virtual walls?

The Supreme Court's immigration detention doctrine has set up this tradeoff by succumbing to the plenary power's defenders who believe that noncitizens in removal proceedings have no right to freedom. Instead of outright freedom, the Court has offered release under restrictive supervision policies utilized by the immigration authorities. Supervision through electronic monitoring has come to reside doctrinally in the middle ground between absolute freedom and incarceration. Yet as we have learned from electronic monitoring's use in the criminal legal system, this “middle ground” ceded too much ground. This Article explains, for the first time, how the Court's immigration detention doctrine and perverse pull of the plenary power has carved out a doctrinal space where electronic monitoring now resides. The Article is also the first to expose a trend in the immigration context, in which the diminished rights that come with the status of a final order of removal have negatively impacted the rights of those who are pretrial. These trends indicate that electronic monitoring will likely continue, unchecked by the judiciary, in the immigration context. It is thus necessary for the executive branch to not repeat the mistakes of the criminal legal system by substituting virtual walls for real ones.

This topic is timely because the Biden administration has reintroduced prosecutorial discretion into the immigration enforcement system, considering alternatives to detention among other enforcement tools. This presents a reverse from the Trump administration, which prioritized detention of any removable noncitizen. Also, only in recent years have federal courts told immigration courts that the immigration courts have the authority to order alternative conditions of release when deciding bond. Immigration and Customs Enforcement (ICE) has been using electronic monitoring as an alternative to detention since 2004, yet critics have dubbed this program “alternatives to release,” since it only has been employed in the cases where detention is not necessary. The Trump administration's “priority-free” enforcement agenda led ICE to request increased funding for alternatives to detention, as the administration had insufficient detention beds to house the number of people it would otherwise detain. The COVID-19 pandemic laid bare how dangerous ICE detention could be, because of the high risk of infection stemming from close quarters, shared meals and showers, and exposure to multiple corrections officers. During the pandemic, release on electronic monitoring presented an option that allowed a person to live safely at home, while meeting ICE's detention goals.

The Trump administration's intent to detain as many noncitizens as possible came to fruition as arrest numbers increased each year of the Trump presidency. The thirst for more immigration detention was not unique to the Trump administration, however. The number of immigration detainees has been on the rise for decades, bringing the daily number of immigration detainees to a startling 55,654 in 2019. Because of the pandemic, ICE's daily detainee population reached an historic low in the beginning of 2021, although the numbers have crawled up to pre-pandemic levels. Immigration detention is nominally civil, yet the conditions of immigration detention and its seemingly unlimited duration have caused detainees to experience the system as punishment; critics of the system have also branded it as punishment. Given that immigration detention is not likely to go away, it is crucial to explore all alternatives to its use, as well as the normative and legal justifications for these alternatives. Yet it is also key to not repeat the mistakes of the criminal legal system, where electronic monitoring has replicated the worst aspects of prison.

Electronic monitoring has come to provide, for jurists, a modern solution to a question that has perplexed federal court judges since the earliest days of immigration detention in the United States--how to balance the common law presumption of freedom against what is argued to be the government's broad, plenary powers in immigration law. Since the late 1800s, federal courts deciding immigration detainees' cases have had to make a binary decision between absolute freedom and incarceration. The many restraints that form the hallmark of electronic monitoring have come to reside in the doctrinal middle ground between freedom and incarceration. But in doing so, a Faustian bargain has been forced upon detainees, requiring them to choose between incarceration and an equally harmful “form of custody without walls.”

One is left asking the questions that has perplexed policymakers in the criminal legal arena for years: what works? A comprehensive analysis of other alternatives is outside of the scope of this article, but other scholars have addressed this question. For example, Fatma Marouf and Garcia Hernández have advocated for community-based alternatives, which have a successful track record in the immigration system. Yet even these programs can force those who work in the community-based organizations to become “force multipliers” for ICE, tracking noncitizens' movements and reporting to ICE about missed appointments. Another option, which may be unthinkable to those in the prison mindset, is that for many situations, the best alternative to incarceration is nothing. Release under no conditions also has a history in the immigration system. As these examples demonstrate, the best replacement for electronic walls can simply be no walls.