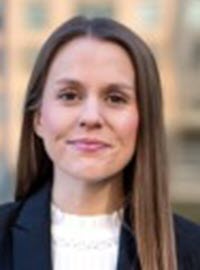 The 287(g) program allows U.S. Immigration and Customs Enforcement (ICE) to deputize local law enforcement agencies with the authority to enforce immigration laws and regulations. The program has had devastating impacts on immigrant communities and is a critical component of the “deportation pipeline” partly responsible for family separation. Despite widespread evidence that the program is inherently flawed, the Biden administration has not ended 115 agreements executed by the Trump administration, a Biden campaign promise that was apparently hollow. ICE and local agencies escape accountability under the 287(g) program and are permitted, if not encouraged, to engage in racial profiling, to identify undocumented immigrants for deportation based on minor criminal offenses, and to separate families. Additionally, the program has repeatedly failed to achieve its stated goal of increasing community safety, an argument that was born out of anti-immigrant rhetoric and the harmful myth that immigrants are inherently more dangerous than citizens. Although significant advocacy is underway to encourage the Biden administration to unilaterally end the 287(g) program, the termination of the program seems unlikely to occur.

A survey of successful strategies implemented at the local level reveals key insights on the fight to end 287(g). First, local agencies are likely to respond to strategies grounded in one of two criticisms of the program: the logistical and administrative concerns, including cost and liability exposure; or the moral implications, including racial profiling and deportation for minor criminal offenses. Second, strategies grounded in the administrative and financial implications of 287(g) agreements require that activists make participating agencies aware of the costs of the program and the associated liability when they exceed their authority under such agreements. Meanwhile, local sheriffs' elections in 287(g) jurisdictions are of critical importance, as are interim strategies to mitigate the impact of 287(g) agreements on immigrant communities. Finally, the 287(g) program cannot be reformed: ICE and other government agencies have conducted audit after audit, but the very nature of the program encourages racial profiling and feeds the deportation pipeline. There is no accountability for ICE or for local agencies that enter into 287(g) agreements, and the program will continue to do irreparable harm to immigrant communities until it is eliminated.

The 287(g) program exposes undocumented immigrants in the United States to an increased risk of detention, deportation, and family separation by simply living in a particular community. It is a program that has been plagued with racial profiling, anti-immigrant bias, and ineffectiveness since its inception. The program is not cost-effective, does not make communities safer, and is a critical component of the devastating deportation pipeline. Moreover, there is no path to reform the 287(g) program as it lacks accountability structures and oversight. As long as local agencies are entangled with immigration enforcement, accountability for racial profiling, deportations for minor criminal offenses, and separation of families will be evaded. The Biden administration has the authority to unilaterally end the program, but it appears unlikely that it will do so. Strategies focused on ending specific 287(g) agreements are in motion, but the fight will require years of coalition building, community organizing, and mitigation in the interim.