Seeing Immigration and Structural Racism: It's Where You Put Your Eyes 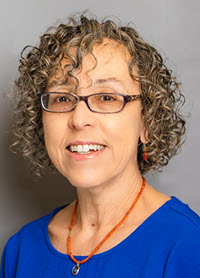 Immigration law is frequently a proxy for racial and ethnic discrimination. The legal fictions and rules that generate our immigration laws would be unconstitutional in any other context. This essay asks you to interrogate your assumptions and to explore the intersection of race and immigration status. Part II begins with a discussion of the disparate treatment of individuals seeking to immigrate to the United States, namely, disparities based on national origin. In Parts III and IV, I discuss the history of racism and how it has been embedded in U.S. immigration and criminal law; I also explain its disproportionate effect on non-white individuals in the United States. Parts V and VI detail the dangers inherent in using race and national origin in immigration enforcement and challenges to provide proof of lawful presence. In Part VII, I conclude with a discussion of what the legal community can do to ameliorate racism in immigration law.

One of the goals of interdisciplinary teaching is to understand how racial and ethnic discrimination impacts many fields--even when the law is facially neutral. Ideally, some aspects of immigration law and the vulnerability of immigrants would be integrated into all courses. Criminal Law faculty would discuss the asymmetric punishment for immigrants, the potential bias amongst jurors, and the distinctions between civil and criminal detention. Civil Procedure, Torts, Contracts, and Property professors would discuss the treatment of the foreign born in the context of the governing common and statutory law.

If we do not measure and teach our students about the behavior of government actors, we will allow racial impacts and discrimination to thrive. We need transparency and accountability. We have to ask whether U.S. Customs and Border Protection (CBP) officials reject, for example, Haitians more than Hondurans because of race. Does CBP reject claims of fear in Black Hondurans more than in those with a white appearance? Do people seeking benefits before U.S. Citizenship and Immigration Services (USCIS) face disparities based on their racial background or perceived race? What we do not see, we cannot fix.

Another step we can each undertake is to question everything. If you see a statute, regulation, process, or benefit that is only open to U.S. citizens and lawful residents, ask yourself why. Consider whether the exclusion of some noncitizens is actually a proxy for racial or ethnic discrimination. If you see a program that is designed to improve our immigration system but imposes costs or requires skills and education found only in wealthy classes or nations, examine the purpose of the law more fully. Learn to ask whether alienage makes a difference--in the passage of legislation, in the enforcement of laws, in the interpretation of legal principles, in the application of policy, and in the structure of our institutions and practices. When we have learned that it matters “where we put our eyes,” we can begin to dismantle the barriers to equality and inclusion.

I am an invisible man .... I am a man of substance, of flesh and bone, fiber and liquids--and I might even be said to possess a mind. I am invisible, understand, simply because people refuse to see me .... That invisibility to which I refer occurs because of a peculiar disposition of the eyes of those with whom I come in contact. A matter of the construction of their inner eyes, those eyes with which they look through their physical eyes upon reality. --Ralph Ellison