“Hispanics in the Heartland: The Fremont, Nebraska Immigration Ordinance and the Future of Latino Civil Rights” 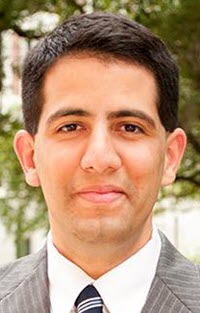 As individuals drive from outside of Nebraska to within its state's borders, a large sign greets motorists with a friendly slogan: “Nebraska: The Good Life.” With its traditions, history, and friendly Midwestern image, the billboards around the state are well-deserved. Nebraska has been independently rated to be one of the “happiest” states in the nation. It is an environmentally conscious state and is the home of Arbor Day. Like many other states in the Midwest, it has traditionally been a state which has fostered the development of civil rights for women and minorities. In the landmark case of Standing Bear v. Crook, in 1879 the federal district court for the District of Nebraska held that a Native American is a “person” within the meaning of United States law. In 1986, a century later, another landmark event would occur - Democrat Helen Boosalis and Republican Kay Orr won their respective primaries in the race for the Nebraska Governorship. For the first time in American electoral history, the nominees of the two major parties would be women in a race for Governor. Finally, since 1972, the state has had a Latino American Commission whose role is to create linkages between the Nebraska state government and Hispanic community of Nebraska and foster greater chances for access to education, social, political and economic opportunities in the state.

While the Arizona and Alabama laws have received much scholarly attention and criticism, the legal and civil rights of Latinos are also under fire in the Midwest. Latinos in Nebraska, the state of “The Good Life,” face great challenges. In Fremont, Nebraska, a city of 25,000 with a Latino population of less than 10 percent, an ordinance was passed in 2010 which made it illegal for any person or business in the city to “harbor” an illegal alien in a dwelling unit by leasing or renting a unit to them, among other provisions. In Keller v. City of Fremont, the United States District Court for the District of Nebraska invalidated the provision of the ordinance, which provided penalties for the “harboring” of illegal aliens, on the basis that it was preempted by federal law and violated the Fair Housing Act. Although the case is currently on appeal before the Eighth Circuit, the Keller decision by the federal district court was described as “a good day in Nebraska and a good day in America.”

While Phoenix has been labeled as a “modern-day Selma” in the struggle for Latino civil rights, Nebraska has become a quiet, but promising, state in the movement for Latino civil rights. This article examines not only the issues surrounding the Fremont Ordinance, particularly with housing, but other recent legislative attempts at the state level to curtail the rights of Latinos in Nebraska. While many such legislative attempts to curtail the rights of Latinos in Nebraska have taken place in the past several years, the ruling in the Keller case and the Nebraska Legislature's April 2012 approval of Nebraska taxpayer funding for prenatal health care benefits for undocumented immigrants places rays of sunshine of hope over a Nebraska landscape which has been increasingly covered with clouds over the civil rights of Latinos.

Part I of this article provides a brief background of the Latino culture in Nebraska and discusses the increasing diversity of the state.

To better compare the legal issues and effects of the Fremont Ordinance, two cities that passed similar ordinances and faced legal challenges as to housing provisions, Hazleton, Pennsylvania and Farmers Branch, Texas, are examined in Part II.

Part III then discusses the Fremont Ordinance and the Keller decision.

Part IV examines other legislative attempts to restrict the rights of Latinos in Nebraska as well as the prenatal health care debate, which has turned the state into another battleground in the national movement for Latino civil rights.

Finally, Part V contends that the story of the Fremont Ordinance, the efforts to protect Latino civil rights in Nebraska, and the Keller decision contain several important lessons for the future of Latino civil rights nationwide. First, the success of the restoration of taxpayer funding for prenatal care by the Nebraska Legislature, care for the most vulnerable in society, was a reflection of bipartisan coalition building between immigrants' rights groups, pro-life groups, and even conservative Republicans. Such coalition-building of diverse groups, particularly the inclusion of religious organizations, is vital for the future of the movement to restore and protect Latino civil rights nationwide. Second, as seen with the Fremont Ordinance, unconstitutional local efforts to deny undocumented immigrants the right to housing comes with a great cost to municipalities. The costs of the defense of the ordinances and the possibility of a city to be mandated to pay the attorney's fees of Plaintiffs who successfully challenge these ordinances is a powerful economic disincentive for cities to pursue such unnecessary measures. Finally, insurers have not yet provided coverage for a city to pay the attorney's fees, costs, or expenses awarded against a municipality relating to litigation of a housing ordinance which criminalizes the “harboring” of undocumented immigrants. In conclusion, this article briefly offers a discussion of the possible effects of the Arizona v. United States Supreme Court decision on Keller as it awaits its fate before the Eighth Circuit Court of Appeals.

In Arizona v. United States, the Supreme Court of the United States recognized the diversity and contributions of all immigrants in our country and reaffirmed the federal government's role in shaping immigration policy, guided by a thoughtful and rational discourse of all Americans. The Court stated:

The history of the United States is in part made of the stories, talents, and lasting contributions of those who crossed oceans and deserts to come here. The National Government has significant power to regulate immigration. With power comes responsibility, and the sound exercise of national power over immigration depends on the Nation's meeting its responsibility to base its laws on a political will informed by searching, thoughtful, rational civic discourse. Arizona may have understandable frustrations with the problems caused by illegal immigration while that process continues, but the State may not pursue policies that undermine federal law.

Moving forward, there is much progress to be made so that all people in the country can realize their dreams, hopes and aspirations. The Eighth Circuit Court of Appeals now has the opportunity in the Keller case to follow the spirit of the Arizona v. United States decision and ensure the federal government retains its responsibility to guide immigration policy. While Nebraska has seen its share of divisions over immigration and has become a central state in the movement for Latino civil rights, the history of the debate over immigration, the fact that diverse organizations can work together, and the guidance from courts should lead policymakers at the federal level to seek solutions that are responsible, just, humane, and protect the civil rights and liberties of all Latinos and Americans. And finally, solutions can be sought nationally that reflect the state motto of Nebraska, which can shine across the entire landscape of the United States: “Equality before law.”