Races at the Gate: A Century of Racial Distinctions in American Immigration Policy (1865-1965) 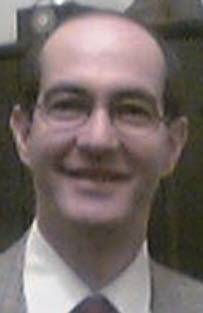 Traditionally, scholars who study the history of American immigration policy adhere to one of two paths. The first path distinguishes between “restrictionist” or “racist” and “liberal” periods or ideologies. The other path, a more institutional approach, differentiates between a period without control, beginning with the foundation of the republic to 1882 when federal control of immigration was attributed to the Secretary of Treasury, and the period starting in 1882, which saw the emergence of federal government control.

Gerald L. Neuman has demonstrated that control over immigration has always existed. For example, during the 1800s in the United States, severe state laws against convicts, paupers, aliens with contagious diseases, and free black men existed. The main control over entrance, however, was economic and social, self-imposed by the cost of transportation and facilitated by the fact that the only practical way to enter United States territory was via ship at a United States' harbor.

At the end of the nineteenth century, in response to a rapid increase in immigration flows, control was transferred to the federal government. A government agency was created in 1891 - the name, organization and departmental dependency of which has changed over time and today it is the Immigration and Naturalization Service within the Department of Justice - and was assigned one main task, which was to implement a policy of immigration control. Yet the degree to which this control was exercised, as well as the tools used to control immigration, have varied greatly.

What appears, then, is a debate which is concerned with the methods of control rather than with the question of total control, or the complete lack thereof. Roughly speaking, during the formative period of federal immigration policy, this debate pitted proponents of two basic options against each other: those who supported an “egalitarian” or “universalistic” selection of immigrants based on individual qualifications (physical, mental, moral, and eventually educational) versus advocates of a “racialist” selection based on national or ethnic origin. The “racialist” approach gained strength in the years following the end of the Civil War and officially dominated American policy from the 1920s until 1965, when distinctions within the “white race” were implemented in federal immigration policy.

In the aftermath of the Civil War, racial discrimination against black immigrants was removed. But at the same time, Asians were increasingly facing discrimination in two domains: in naturalization law by the Nationality Act of 1870, which ensured that Asian immigrants would still be unable to be naturalized, and in immigration law with the Chinese Exclusion Act of May 6, 1882. But for other immigrants, mainly white Europeans, immigration selection was still based on the individual “qualities” of newcomers. Furthermore, the Immigration Act of August 3, 1882 imposed a head tax of 50 cents on each immigrant and forbade the entrance of idiots, lunatics, convicts, and persons likely to become public charges. In 1885, the Contract Labor Law was approved to prevent the entry of cheap foreign labor. In 1891, polygamists, persons convicted of crimes involving “moral turpitude,” and those suffering contagious disease were excluded. An Omnibus Act of 1903 added epileptics, insane persons, professional beggars, and anarchists as among those people who were excluded. It was only in 1917, with the literacy test, and in 1924, with the National Origins Act, that the racist approach came to dominate American immigration policy.

The creation in 1898 of a “list of races and peoples,” which has been neglected by scholars, proved to be a crucial element behind the implementation of a racist policy towards white and black immigrants. This list allowed officials to develop “objective” statistics about various immigrant groups and those groups' ability to integrate themselves into American society. These statistics, in turn, played a vital role in two key aspects of the victory of the racist approach. First, they provided important ammunition for proponents of legislation in the early twentieth century who advocated drastic reductions in the number of immigrants from various “undesirable” origins. These efforts culminated in the promulgation of the National Origins Act of 1924. Yet the list was kept alive and “managed” for roughly three decades after the passage of this Act.

My hypothesis is that immigration officials continued to use the statistics provided by the list to deny admission to immigrants of certain ethnic backgrounds, even when their exclusion was not specifically provided for by law. Officials could connect data about immigrants' income based on their “race” and the clause “likely to become a public charge,” justifying their ineligibility for admission. Part of what makes studying this list so fascinating is that its creation was far from a simple victory for racists seeking to prove that various groups of immigrants were incapable of integrating into American society. In fact, individuals who today we would call multiculturalists played just as important a role in developing and implementing this list. The American tradition of multiculturalism ironically helped create the necessary conditions for the victory of the racist approach to the United States' immigration policy.

In short, the statistics provided by the list of “races and people” were legitimized by law and fostered the adoption of legislation based upon the national origins of immigrants. The list was probably utilized as a tool for racial selection when the law did not expressly authorize racial selection. The list thus had a dramatic impact on the development of a racialist, restrictionist federal immigration policy. It was not until after the racist approach had become de-legitimized by the Nazi policies of World War II and in the context of de-colonization that Congress finally abandoned its racialist policies by repealing the national origins system.

A final, ironic aspect of our story demonstrates the unintended consequences that policy choices can have. The institutionalization of the racialist approach was facilitated by the fact that at the moment of its creation in 1898, the “racists” were not the only individuals who supported classifying immigrants by race and people. Rather, among its creators were persons whom one would today call multiculturalists and who acted unintentionally to legitimize the racialist approach. This fact is best demonstrated by considering the eventual bitter conflict between two of the list's authors: Safford, a proponent of a racist immigration policy, and McSweeney, who opposed such an approach.

As mentioned above, Safford was the secretary of the committee responsible for creating the list and was the person who developed the categorization of races and people, but he was also a member of the Immigration Restriction League, which, in the beginning of April 1921, actively campaigned to have him designated as the Immigration Commissioner for Boston. McSweeney, who supported Safford during the creation of the list in 1898, became his fiercest critic when Safford supported the racialist immigration laws of the 1920s. McSweeney was a defender of the existence of racial — today, one would say cultural — identities, and, therefore, a partisan of a race-based classification, but only as a method of describing, not excluding. As Vice President of the American Irish Historical Association, McSweeney campaigned against the National Origins Quota Law. As President of the Historical Commission of the Knights of Columbus, he acted in various ways to promote “multiculturalism,” such as publishing W.E.B. DuBois' Gift of Black Folk. He also wrote the preface to the book and its introduction, entitled “The Racial Contributions to the United States.” In it, he emphasized the diverse contributions of the different “races” to America against “thinkers who assume that the United States of America is practically a continuation of English nationality.” He emphasized black Americans' distinctive assets, “without which America could not have been.” In some ways, he tried to organize a coalition of Blacks, Catholics, and Jews, which later became one of the assets of the Democratic Party. McSweeney's support for the list of races and peoples shows that in the late nineteenth and early twentieth centuries, racist restrictionists benefited from a sort of value camouflage. Their racism could fit with one important principle of the American republic: the recognition of cultural pluralism. It helped them win allies during a critical period when they needed help in their push for a race-based immigration policy.