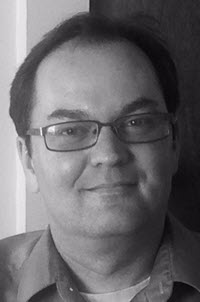 Peter Roberts had a problem. A Canadian citizen and a member of the Campbell River Band of Canadian Indians, Roberts regularly crossed the United States-Canada border to visit his property in Point Roberts, Washington. He had a “green card,” and had been crossing the border since he was a young boy with his family to visit relatives on the Lummi Indian Reservation. In 2007, however, immigration officials confiscated his green card and required him to appear in an immigration court. The issue was whether he had enough Indian “blood” to cross the border as a Canadian Indian entitled to free passage into the United States. Roberts has fair skin and curly hair inherited from his Ukrainian mother, but the facial features of his Indian father. Roberts asserted that his physical appearance caused immigration officials to question his right to free passage. Both American and Canadian press reports emphasized the curious racial aspect of Roberts' situation. How could it be that a person had to prove his racial ancestry in 2008?

Peter Roberts's situation is not unique, or academic. Canadian Indians have significant privileges under American immigration law. They do not need an immigration visa to enter the United States. They are lawful permanent residents simply by residing in the United States. They cannot be deported for any reason. They can work in the United States and can also receive public benefits under certain circumstances. But there's a catch: these privileges apply only to “persons who possess at least 50 per centum of blood of the American Indian race.” Not all Canadian Indians are eligible; the privileges are restricted by the amount of a person's Indian ancestry. That was Roberts' problem. According to attorneys for the United States, though he claimed one-half, that is 50%, Indian blood, his paternal grandmother identified her father as Irish in immigration documents, meaning his father was not a “full-blood” Indian, and Roberts therefore could not have 50% Indian blood. Though ultimately the United States Citizenship and Immigration Services issued a green card under another category of eligibility, Roberts's situation broadcasted the Canadian Indian issue to a wide audience, and exposed the last explicit racial restriction in American immigration law.

Using Roberts' case as a starting point, this article reviews the tangled legal history of the Canadian Indian free passage right to answer the question why such a racial restriction continues to exist today.

Part II-A discusses the origins of Indians' free passage right in treaties between the United States and Great Britain, and a congressional statute passed in 1928. Part II-B, through an analysis of cases and administrative policies, shows how officials struggled to define “Canadian Indian” under the 1928 act, conceptualizing Indian status at first as a “political” status defined by Canadian law and then as a “racial” status defined by American law. Part II-C then discusses the adoption of the blood quantum restriction as part of a comprehensive overhaul of American immigration law in 1952, and the apparent reasons for why Congress adopted a half-blood rule.

In section III, the article discusses problems arising after 1952 for Canadian Indians, like Peter Roberts, who must prove their amount of Indian blood to invoke their passage right.

Section IV discusses the implications of the explicit racial restriction for federal Indian law and immigration law. It notes that both are premised on congressional “plenary power,” historically outside constitutional review by the United States Supreme Court. It discusses how the Supreme Court, since the 1970s, has reviewed the constitutionality of Indian legislation under equal protection principles, but has not done so for immigration legislation premised on race. Contrasting the current state of racial legislation under Congress's powers to legislate in Indian affairs with its power to legislate concerning immigration, the article suggests that the blood quantum restriction for Canadian Indian free passage may present an opportunity to distinguish definitions in federal Indian law that use blood quantum and to challenge prior precedent exempting immigration legislation from judicial scrutiny.

The Canadian Indian free passage statute is anomalous, whether considered from an Indian law or immigration law perspective. Time will tell whether other Indians like Peter Roberts will face problems crossing the border, and whether they will challenge the blood quantum re-striction, or whether others, including non-aboriginal people, will challenge the free passage right or its blood quantum restriction. Long relegated to the occasional footnote in legal scholarship, the definition of “Indian” in the statute has much to say about how both Indians and race are con-ceptualized in American law.