Immigration in the Era of Trump: Jarring Social, Political, and Legal Realities 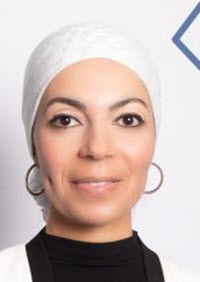 In 2020, immigration is proving to be an election year issue. The Trump reelection campaign is strategically leveraging it as a political narrative to win votes while further polarizing an already fractured nation along ideological and partisan lines. Indeed, a review of related public opinion surveys may prove illuminating on this score.

According to recent data from the Public Religion Research Institute (“PRRI”), immigration ranks among the Republican party's top three priorities. A closer examination reveals a higher propensity for xenophobic views, particularly in comparison to colleagues across the political aisle. For instance, a strong majority of Republicans--a whopping 60%--perceive immigrants as increasing crime in local communities, compared to only 22% of Democrats who hold such beliefs. Additionally, an astounding 63% of Republicans believe that immigrants are invading our country and replacing our cultural and ethnic background (37% “mostly agree” with this sentiment and 26% “completely agree”). In contrast, 79% of Democrats reject such anti-immigrant bias. Similarly, on the topic of assimilation, 66% of Republicans believe that recent immigrants do not make an effort to learn English while only 27% of Democrats share this viewpoint.

From Trump declaring a public emergency to construct “the wall” at our southern border to escalating acts of violence against members of marginalized communities, the above-referenced stereotypes and tropes about real or perceived foreigners have disrupted and damaged innocent lives. Those impacted have been afforded little relief over the course of the last three years with Republicans controlling at least two of the three branches of government, testing the fabric of our liberal democracy. Indeed, this interdisciplinary essay argues that this xenophobia has translated into jarring social, political, and legal realities for immigrant populations and socially oppressed groups in the era of Trump. It has also adversely impacted the nation as a whole.

To that end, the second section examines the contemporary social, political and racial climate confronting socially oppressed groups including members of the Muslim, Black, Latinx, and Jewish communities. In doing so, it seeks to illuminate the manner in which ideologies of oppression--anti-Black racism, Islamophobia, anti-Semitism, xenophobia-- often overlap and intersect culminating in violence against minorities.

The third section examines how the current climate has impacted the law. Specifically, it identifies two related categories: (a) laws that the Trump Administration has passed that are grounded in xenophobia but dressed in pre-textual garb; and (b) those proposed as a corrective, response and/or act of resistance to the first category. The essay ends with some conclusory observations.

Arguably, none of this is altogether surprising, particularly in light of PRRI's research findings. When 75% of Republicans believe immigrants burden local communities by using more than their share of social services--such as Medicare and food assistance Administration's “public charge” rule targeting poor immigrants is unsurprising. When 74% of Republicans support temporarily preventing people from some majority Muslim countries from entering the country, the Administration's so-called “travel ban” is unsurprising. When 56% of Republicans object to allowing immigrants brought illegally to the U.S. as children to gain legal resident status, the Administration's rescission of Deferred Action for Childhood Arrivals (“DACA”) is similarly unsurprising. Xenophobia has translated into jarring social, political, and legal realities for immigrant populations and socially oppressed groups in ways that overlap and intersect as noted. Ultimately, such developments not only test the fabric of our democracy but also who we are as a nation.

Engy Abdelkader is a Fellow with the Public Religion Research Institute and German Marshall Fund of the United States.