Zero-tolerance: The Trump Administration's Human Rights Violations Against Migrants on the Southern Border 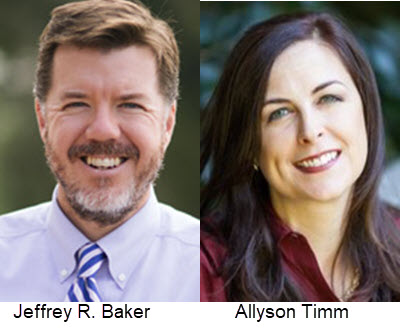 In the first year of his administration, President Donald J. Trump imposed a “zero-tolerance” policy of immigration enforcement to deter migration and asylum, translating his vitriolic, racist campaign rhetoric into executive action. In the process, his administration perpetrated the deliberate and often permanent separation of migrant families and the prolonged detention of migrants, including asylum seekers and children, under harsh conditions. To date, an unknown number of children remain orphaned by the actions of an administration admittedly unequipped to reunify families in a timely manner; many others suffer severe trauma. At least eleven migrant children have died following their sojourns in camps and facilities on the southern border, the first such deaths in decades. In the name of border enforcement and immigration deterrence, the Trump Administration's policies violated the fundamental human rights of migrants, including many fleeing violence and seeking asylum in the United States.

Human rights--those inherent, universal, and inalienable rights that the United States and other nations of the world have promised to uphold--have their foundation in human dignity and justice. The nation-state's right of territorial sovereignty has, since the dawn of modern human rights law in the postwar era, been constrained by respect for the inviolable human worth, liberty, and rights of the individual person. The community of nations declares that certain fundamental human rights supersede the base will of a sovereign to power.

The moral principles reflected in international human rights law resonate in conscience. Diverse civil society activists played pivotal roles in securing protection for human rights at the foundation of the United Nations. Since the adoption of the Universal Declaration of Human Rights (UDHR) in 1948, communities moved by their experiences of injustice or by religious or other ethical commitments have affirmed human rights under international law. Deeper philosophical commitments to the extraordinary dignity and worth of the human person, which entitle all people to certain safeguards in the form of human rights, are illumined by particular ethical and religious traditions, whose themes, narratives, and cultural resources can strengthen a society's commitment to human rights. This Article roots its human rights analysis in international law while acknowledging that the Trump Administration violated deeper precepts of respect for human dignity that resound in religious traditions, national conscience, and shared morality.

Under the Trump Administration, the United States government violated numerous, critical human rights norms, including children's rights, the right to family life, and the right to be free from ill treatment. It transgressed explicit treaty commitments and other widely accepted human rights norms. The Trump Administration articulated multiple, shifting, contradictory justifications for its actions, including an express intention to make the consequences of undocumented immigration so severe as to intimidate and deter other migrants and asylees from attempting to enter the United States. The President launched a harsh program to inflict such fear and pain on families and children that word would get out to others who might seek to immigrate or to apply for asylum.

The forcible and permanent separation of families, the prolonged detention of children in squalid conditions without proper care, and the absence of any process for considering individuals' human rights in these policies are stark violations of international laws binding on the United States.

These policies likewise violate broader ethical principles rooted in moral conscience. International human rights principles are more than positive law; they draw from diverse, global moral consensus forged over centuries, cultures, and generations. Human rights are understood to be innate and universal, placing some standards for how humans should treat one another beyond dispute. Since the Trump Administration began its attack on migrants' human rights in early 2017, faith leaders have been among the many civil society advocates to sound the alarm and demand more compassionate, humane, and lawful treatment of people who are far from their homes. Global communities of faith, many of whom ground human dignity in belief that each human person reflects the image of the divine, have been among those to call for respect for international rule of law and to express concern for migrants and children in particular.

International law remains a powerful and persuasive expression of human dignity and human rights, resounding in the moral imagination of multitudes moved by concern for their fellow human beings. The global moral outcry over the Trump Administration's treatment of migrants reinforces the authority of human rights law to curb the cruel prerogative of a sovereign. It also offers a remarkable example of how shared religious ethical convictions and global human rights norms can align squarely.

This Article focuses on the human rights violations the Trump Administration perpetrated through zero-tolerance enforcement and its attendant practices of family separation and the detention of migrant children. This Article provides a detailed legal analysis of gross violations of human rights under the Trump Administration's zero-tolerance policies. Part I explains the Trump Administration's policies and practices that separated families and detained children in prolonged, harsh, and harmful conditions. Part II analyzes these policies under international human rights law, including treaty obligations and related human rights norms, with a clear conclusion that the United States violated and continues to violate the human rights of people seeking to immigrate or seek asylum on the southern border. The Conclusion situates these legal issues within a broader and deeper context of moral, religious, and cultural conscience. Donald Trump and his administration violated more than domestic and international law; they committed gross, immoral abuses against human dignity.

Ultimately, Americans must decide whether these gross violations of human rights are tolerable in the United States. Enforcement of human rights norms lies principally with the nation-state; in the United States, this is a representative democracy answerable to the body politic. The United Nations may review U.S. abuses and criticize or condemn them, but for an administration that scorns international law and diplomatic institutions, one essential means of human rights accountability is political and electoral. Thus, the moral protest of religious communities matters profoundly, and the resonance of common ethical principles across human rights law and faith traditions holds valuable potential to foster the culture of human rights on which such citizen-led accountability depends.

This pernicious chapter in the American story calls the nation to deeper self-reflection: Will the United States respect the promises it has made to uphold human rights? Will it join the community of nations in affirming moral standards that have attained overwhelming consensus? Will it listen to the early warning signs from global human rights authorities, before problems escalate to more tragic crises, or will a narrow conception of national self-interest carry the day?

In time, the United States must reckon with the gravity and consequences of the Trump Administration's human rights abuses. The People and their representatives will decide whether human rights are more important than nationalist policy goals, whether a president may violate human rights to advance other ambitions. For human rights to remain at the heart of the American enterprise, the People must insist with constant vigilance that human rights are inalienable and inviolable and are not subject to an executive's political calculations.

Jeffrey R. Baker is an Associate Clinical Professor of Law, Assistant Dean of Clinical Education and Global Programs, and Director of the Community Justice Clinic at Pepperdine University Caruso School of Law.