Beyond the U Visa and Carceral Feminist “Crimmigration”: Transforming the VAWA Self-petition to Remedy Sexual Violence in Immigration Detention 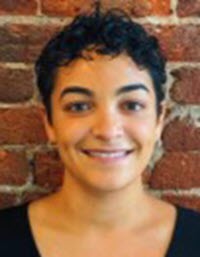 Sexual violence in immigrant detention centers continues to run rampant at staggering levels. Despite the existence of certain protections for immigrant survivors, one report after another has detailed a form of gender-based violence that has come to typify many immigrants' experiences in the United States--experiences of sexual violence perpetrated by Immigrant Customs Enforcement (ICE) officers in immigration detention. What are meaningful forms of redress currently available (or, which forms of redress should be available) for these survivors?

A number of existing models attempt to address sexual violence against immigrants. These models include the Prison Rape Elimination Act (PREA), the U visa, and the Violence Against Women Act (VAWA) self-petition. While each model carries prospective benefits, they ultimately suffer from significant deficiencies. While some of these deficiencies have been discussed by other scholars--such as the limitations of the PREA, which covers only a small subset of detention facilities, or the VAWA self-petition's ineffective protections for LQBTQ+ people from sexual violence--there is another crucial problem facing U visas and PREA regulations that has remained unaddressed: how they embody and further entrench carceral feminist values, which in turn exacerbates the problems of “crimmigration,” or the melding of criminal and immigration systems.

In addressing the issue of sexual violence in immigration detention, this Article raises two important problems for scholarly attention and critical engagement. The first problem is the pervasive lack of access to legal resources and meaningful legal remedies for immigrant survivors. The second problem touches on larger normative questions. Namely, the limited remedies that do exist--as well as most models that policymakers contemplate for future remedies--are situated within carceral feminist responses to sexual harm, which predicate state responsiveness upon survivors' proximity to “innocent victim” narratives. As this Article will explain, these responses raise normative concerns because they ultimately serve to further marginalize immigrant survivors. This Article thus seeks to address the yawning gap in remedies available to survivors of sexual violence in immigration detention by advocating for the creation of a new form of immigration relief--an expanded VAWA self-petition based on reparative, rather than carceral feminist, logics.

In the course of forwarding this argument, this Article highlights the problems of the carceral feminist framework, which conditions access to legal recognition and remedy for sexual violence survivors on conformity to “innocent crime victim” narratives. By limiting immigration relief to those who feed the carceral state state that disproportionally metes out premature death for immigrants and other marginalized communities--the carceral feminist model harms the very survivors of state and interpersonal violence in whose name it operates. Seeking thus to decouple legal responsiveness from survivors' participation in the carceral state, this Article instead looks to the VAWA self-petition model to locate another basis for immigrants' legal legibility that does not rely on the performance of a carceral feminist “innocent crime victim” narrative: a reparative, or “structural responsibility” conceptualization of immigration law. This conceptualization, grounded in an unwavering appreciation for the inherent dignity of immigrant communities, understands immigration law as playing an important role in intervening against structural gender-based harms rather than brokering a respectability politics focused on the atomized behavior of individual immigrants. This Article accordingly calls for an expansion of the VAWA self-petition model to provide immigration relief to survivors of state sexual violence in immigration detention.

This Article proceeds as follows: Part I describes the nature and scale of the problem of sexual violence in immigration detention. Part II outlines the models for legal relief and intervention that mark the current landscape around this issue. In describing the current models--the PREA, the U visa, and the VAWA self-petition--this Article focuses both on their practical limitations and useful features. Part III of this Article offers a definition of carceral feminism and explains its normative deficiencies, namely, its connections with respectability politics and “innocent victim” narratives. This section also clarifies how carceral feminism pervades two of the principal approaches to sexual violence against immigrants: the U visa and the VAWA self-petition. It also argues that all current models that could inspire a mode of redress, including the PREA, U visa, and VAWA self-petition, fail because they adhere to a carceral feminist framework. Part IV advocates for a new form of legal redress--a transformed and expanded VAWA self-petition--that can confront the problems of carceral feminism by addressing the structural forces that produce sexual violence against immigrants generally and in detention specifically. Part IV also suggests how to operationalize this expanded VAWA self-petition. Finally, this Article concludes with a discussion of how its proposed interventions can inform future discourses both within and beyond the immigration landscape.

Rather than expanding the U visa--which relies on a carceral feminist logic and fails to account the power imbalances that lead to violence--this Article calls for the adoption of a transformed VAWA self-petition. Shedding entanglements with carceral feminism and respectability politics, this transformed VAWA self-petition carries a number of important advantages. First, it is grounded in a structural, reparative logic. As a result, this model is not only able to recognize the power imbalances leading to violence, but also to change those imbalances. Second, this transformed self-petition can broker important changes in our understandings of the purposes that immigration relief should serve--purposes that must include assuming structural responsibility for the gender-based harms for which immigrants are particularly vulnerable. Third, because it is grounded in notions of structural responsibility, the transformed petition has the ability to hold U.S. systems of government accountable for their part in producing sexual violence. Fourth, in embracing structural accountability, the transformed model casts off a respectability politics that either unjustly attributes sexual violence to atomized acts of individual immigrants or reduces them to mere characters in an “innocent victim of crime” script; rather, the transformed model humanizes immigrants as people inherently deserving of dignified and equitable treatment.

Transforming the VAWA self-petition through applying a philosophy of structural responsibility carries implications that reach far beyond the context of sexual violence in immigration detention. This expansion can create an opening in much-needed discourse around how we reimagine the role and responsibility of the state in addressing harms against its vulnerable constituents, and how we design laws and policies with these reimagined relationships in mind. Building from a structural accountability logic bursts open opportunities to divest from value systems that tie state responses to harm to proximity to respectability politics, and instead invest in value systems that tie responsiveness to reparative commitments. Future work building from this discourse can examine how structural accountability logics may be applied to other responses to state violence in the criminal justice system, education system, and beyond.