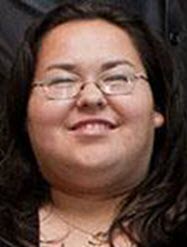 Land ownership allows for the preservation of distinct nationhood, making it central to the sovereignty of Indian tribes. Tribes have certain rights as distinct nations due to their legal status as separate governments that pre-exist the Constitution. They have inherent sovereignty as self-governing peoples. But because Indian tribes are "domestic dependent nations" that have protectorate relationships with the United States, they do not have all attributes of sovereignty. Due to this state of dependency, Congress has plenary power over the affairs with and of the Indian tribes, and Congress uses that power to decide the "metes and bounds of tribal sovereignty," exclusive of the states. This plenary power also gave rise to the federal-tribal trust relationship, which dictates, among other things, that the federal government must protect tribal property.

Treaties served as the earliest negotiating tool between Indian tribes and the United States, and special canons of construction arose from that tradition. These canons, when applied, serve to rectify the inequality inherent in these early agreements, which were not "arm's-length transaction[s]" but compacts which tribes had "imposed upon them [with] no choice but to consent." Therefore, any treaty or statute relating to Indians must be liberally construed for the benefit of the Indians, interpreted "so far as possible" as the Indians would have understood it, and read with all ambiguities resolved in their favor. These canons are "rooted in the unique trust relationship between the United States and the Indians" and are essential to the protection of tribal rights.

When the Supreme Court ignores the Indian canons and disregards the federal trust obligation, there are devastating consequences for Indian Country, especially in the tribal property arena. In the 2012 case of Match-E-Be-Nash-She-Wish Band of Pottawatomi Indians v. Patchak ("Patchak I"), the Court considered whether an individual had standing to divest the federal government of its title to Indian trust land. David Patchak, a neighbor to a parcel of land that was taken into trust for the Match-E-Be-Nash-She-Wish Band, challenged the acquisition under the Administrative Procedure Act by alleging "economic, environmental, and aesthetic harms" from the parcel's use for gaming. The government argued that the Quiet Title Act, which retained the sovereign immunity of the United States concerning land it already held in trust for tribes, barred the suit. The Supreme Court held that the Quiet Title Act was not applicable when the challenging plaintiff did not assert its own title to the land. It further held that a neighboring landowner did have standing to challenge an already completed trust acquisition and remanded Patchak's suit for further proceedings. Patchak I further unsettled the fee-to-trust process, which had already been rocked by the 2009 decision of Carcieri v. Salazar. In Carcieri, the Supreme Court limited the use of the Indian Reorganization Act authority to take land into trust by restricting the avenue to only tribes under federal jurisdiction in 1934, the year the Act was passed.Application of the Indian canons likely would have resulted in victories for tribal interests, or at least fewer negative consequences.

The Supreme Court provided a narrow remedy for its prior meddling in Indian property rights when it decided Patchak v. Zinke ("Patchak II") in 2018. While Patchak's initial suit was on remand, Congress passed the Gun Lake Trust Land Reaffirmation Act, requiring dismissal of any pending federal action relating to the land at issue in Patchak I. By plurality opinion, the Supreme Court affirmed the power of Congress to enact such legislation, holding that it did not violate Article III of the Constitution. The Supreme Court explained that the Gun Lake Act did not impermissibly compel a certain result under old law but instead changed the law via a valid exercise of legislative power. As a result, Patchak's suit was dismissed for lack of jurisdiction.

Although the Patchak II remedy seems to lessen the barriers created by Carcieri and Patchak I, it presumes that tribes are able to exercise enough political influence on Congress to pass special laws each time a trust acquisition is challenged. Such piecemeal legislation is expensive, inefficient, and ineffectual, as it likely provides relief to very few, if any, tribes. This Note argues that because the remedy provided by Patchak II does not go far enough, Congress must instead override the Patchak and Carcieri decisions.

Part I provides a brief history of Indian property rights.

Part II outlines Patchak as it twice made its way through the Supreme Court.

Part III analyzes the confluence of Patchak I and Carcieri, the implications of the remedy provided by Patchak II, and the reasons for a larger legislative fix.

The ultimate purpose of the Indian Reorganization Act is to acquire land into trust for tribes on which to live and engage in economic development. This is undermined by the Patchak I and Carcieri decisions. Without the fee-to-trust process, tribes have few other opportunities to generate revenue to aid in the care of its citizens. The remedy provided by Patchak II is not sufficient to provide certainty concerning the status of trust lands. Therefore, Congress should exercise its plenary power over Indians to pass a congressional fix to both Patchak I and Carcieri. Doing so would affirm its trust responsibility and foster greater tribal self-determination.