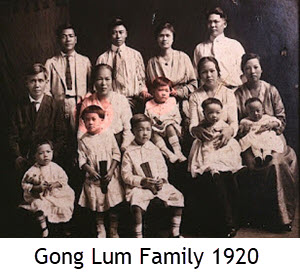 In 1924, a nine-year-old Chinese-American named Martha Lum, daughter of Gong Lum, was prohibited from attending the Rosedale Consolidated High School of the Rosedale Consolidated School District in Bolivar County, Mississippi solely because she was of Chinese descent. There was no school in the district maintained for Chinese students, and she was forced by compulsory attendance laws to attend school. Wikipedia

A lower court granted the plaintiff's request of a writ of mandamus to force the members of the Board of Trustees to admit Martha Lum. Gong Lum's case was not that racial discrimination as such was illegal but that his daughter, being Chinese, had incorrectly been classified as colored by the authorities.  Wikipedia

The Court held that the exclusion on account of race of a child of Chinese ancestry from a state high school did not violate the Fourteenth Amendment to the United States Constitution. The decision effectively approved the exclusion of minority children from schools reserved for whites. Wikipedia