A Framework for Understanding Racial Bias in Policing 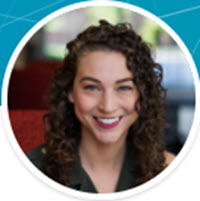 What can the social psychology of racial bias teach us about the potential for racial bias in policing? Because social 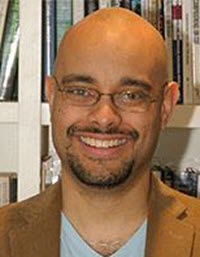 psychological research is mostly laboratory based and rarely includes police officers, direct generalizability is limited. However, social psychology has identified robust risk factors that make individuals more likely to engage in disparate treatment--even without overt prejudice. This article maps these situational risk factors to common experiences in modern patrol policing. Specifically, we identify the following situations common to patrol policing as risk factors that make bias more likely to result in discrimination: discretion, novice status, crime focus, cognitive demand, and identity threats. Where possible, we also review studies that include officers, and take place in policing-relevant contexts. With the map provided in this article, we exhort psychologists to translate previous laboratory findings to field settings to advance the practice of democratic policing and expand the science of bias.

In the two-and-a-half years since Officer Darren Wilson shot and killed Michael Brown, Jr. in Ferguson, Missouri, violent encounters between police and communities have frequently dominated America's news cycle. The fact that so many of these encounters feature officers shooting a Black man--who is often unarmed--has also heightened concerns that race plays a troubling role in policing and in the broader society. For instance, a representative poll of U.S. adults revealed that 60% perceived fatal police encounters with Black Americans to be signs of a broader problem of racism. As a result, the public, researchers, and policymakers continue to ask: What is the role of racial bias in policing? This is a question psychological science should be uniquely well suited to address.

Social psychology in particular boasts a voluminous literature on the mechanisms responsible for discrimination. Of note, the scientific consensus is that, in addition to personological, individual difference factors that dominate lay conceptions of racial discrimination (e.g., trait-based prejudices, authoritarianism, and social dominance orientation), situations play an important role in predicting discriminatory behaviors. Consequently, social psychology conceptualizes of discrimination (as it does for nearly all behavior) as a combination of personal risk factors modified by situational ones. In the context of policing, therefore, social psychology should be able to identify the elements of policing that are most likely to produce racially discriminatory outcomes--possibly resulting in the loss of liberty or life.

But it does not. At least, not yet.

Despite a sizable literature and an appropriate framework for diagnosing contexts within policing that are vulnerable to discriminatory behavior, few empirical psychological studies engage police officers or even realistic police-relevant contexts. As a result, questions about the role of racial bias in policing do not have a robust scientific literature from which to find answers. The goal of this article is to build a theoretical bridge between two worlds: the experiences of patrol officers and the psychological science of racial bias. By aligning known predictors of discrimination with the situational risk factors present in modern policing, we hope to outline both a set of risk factors for bias in policing that can be useful to practitioners, and a research agenda for scholars who care about how basic psychological science translates to this vital domain. Although personal and situational risk factors are both important, in this article we focus on situations because they suggest especially actionable possibilities for intervention.

We organize the article in terms of five experiences common to contemporary policing, each of which corresponds to robust categories of risk factors for discriminatory behavior: discretion, being a novice, crime focus, cognitive demand, and identity threats. Each of these features of modern patrol policing have one or more psychological risk factors associated with them (see Table 1). In each section, we detail the psychological risks most associated with the experience (referring back to previous sections where a psychological risk factor applies to more than one patrol experience). Along the way, the article speaks to gaps and inconsistencies in the psychological research that bear on these domains and are especially critical to questions about police policy and practice.

Correspondence concerning this article should be addressed to Jillian K. Swencionis, Center for Policing Equity, John Jay College of Criminal Justice, 524 West 59th Street, New York, NY 10019. E-mail: This email address is being protected from spambots. You need JavaScript enabled to view it.