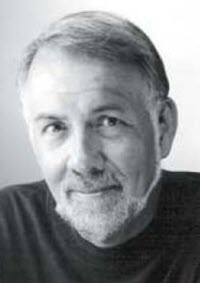 The thesis of this Article is that plea bargaining was a major cause of the United States' mass incarceration. Together with new sentencing laws and other developments, it produced skyrocketing imprisonment. If U.S. prosecutors had bargained less or not at all, imprisonment rates would be lower.

Plea bargaining produces more severe sentences than would exist without it--a proposition that may seem counterintuitive. Criminal defendants plead guilty in overwhelming numbers because they believe bargaining reduces their sentences, and when one looks to the harsh dilemmas they face, they are correct. In the federal courts, the sentences imposed following guilty pleas are only about one-third as long as those imposed following convictions at trial. Justice Scalia called plea bargaining a way to “beat the house, that is, to serve less time than the law says [an offender] deserves.” It's easy to suppose that sentences would be longer in the absence of this practice and that incarceration rates might be higher.

Justice Scalia's statement about how defendants can beat the house by bargaining came in a dissenting opinion, and the Supreme Court majority took a different view. It quoted with approval Professor (now Judge) Bibas: “The expected post-trial sentence is imposed in only a few percent of cases. It is like the sticker price for cars: only an ignorant, ill-advised consumer would view full price as the norm and anything less a bargain.” In another case, the Court quoted Professor Barkow: “[Defendants] who do take their case to trial and lose receive longer sentences than even Congress or the prosecutor might think appropriate, because the longer sentences exist on the books largely for bargaining purposes.”

A Chicago trial judge offered this description of plea bargaining: “He takes some of my time--I take some of his. That's the way it works.” The inflation of post-trial sentences to induce guilty pleas is not a sometime thing. It is systematic and pervasive.

Consider where we are. The United States, with five percent of the world's population, houses one-quarter of the world's prisoners. Its incarceration rate is seven times higher than the average rate in West European democracies. We lock up more people and keep them locked up longer for reasons that have little to do with our differing crime rates. Our incarceration rate--665 per 100,000 people--is also substantially higher than the rate in authoritarian nations like Russia (402), Iran (284), and Saudi Arabia (197). Currently, 2.1 million people are behind bars in U.S. prisons and jails. Nearly all of them pleaded guilty--97% percent of those convicted of felonies in federal courts and 95% of those convicted of felonies in state courts.

Ponder, then, these questions. Do you suppose the members of this army got lucky and found a way to “beat the house”? Do you imagine they are punished less than they deserve? Do you suppose their sentences are inadequate to protect the public? Do you believe the United States achieved its record for mass incarceration while punishing 95% of all offenders too lightly to accomplish whatever-on-earth it is that criminal punishment is supposed to accomplish? If you do, there's a bridge within two miles of the NYU Law School I want to sell you.

Gerard Lynch commented in 2003, “Given the extreme severity of sentencing in the United States by world standards, ... it is hard to take seriously the notion that ninety percent of those serving our remarkably heavy sentences are the beneficiaries of 'bargains.”’ Moreover, what happened in the United States is what's likely to happen whenever a nation becomes dependent on plea bargaining.

As a thought experiment, consider the prosecutor who invented this practice. Once upon a time, he lived in a land in which both the sentences imposed following convictions at trial and those imposed following guilty pleas were the sentences defendants were thought to deserve. One day, however, this prosecutor said to a defendant, “The resources our criminal justice system can devote to trying cases are limited. Besides, a jury might acquit you. If you plead guilty, I will therefore recommend a punishment less severe than the one you deserve.” (Or perhaps this prosecutor took an instrumental rather than a retributivist view of punishment and said to the defendant, “Because resources are limited and a jury might acquit you, I will recommend a punishment less severe than the one needed to deter crime if you plead guilty.”)

This prosecutor might have struck many bargains before people noticed that nearly all offenders were receiving less punishment than they deserved and less than was necessary to protect the public. At this point, however, someone would have observed that, if the object was to ensure conviction in doubtful cases and conserve judicial and prosecutorial resources, the prosecutor's sacrifice of public values was unnecessary. Increasing the punishment of defendants convicted at trial would deter trials and ensure conviction just as effectively as reducing the punishment of defendants who plead guilty. It would accomplish these things, moreover, while fully protecting the public and punishing offenders as much as they deserve. If the punishment for standing trial were tough enough, nearly all defendants would abandon the right to trial. Carrying out the threat to punish them would only occasionally be necessary. Upon hearing this insight, almost everyone other than criminal defendants-- prosecutors, legislators, judges, and even some defense attorneys--might have cheered.

Of course, the enhancement of post-trial sentences to encourage guilty pleas probably did not happen in precisely this way. Much of it--though not all--might have been unconscious. Sane societies, however, do not sentence 95% of all offenders to less than they deserve--especially when punishing a small number of offenders for the crime of standing trial can accomplish the same economy. Perhaps plea bargaining once reduced deserved sentences in exchange for pleas, just as Justice Scalia imagined it did. The dynamics of plea bargaining, however, pushed toward increased post-trial sentences. And when the sentences imposed through plea bargaining are appropriate for the crimes committed and the sentences imposed following conviction at trial include a tariff, aggregate sentences increase.

The fact that plea bargaining pushes a society toward harsher sentences, however, is only the start of the story.

Would the United States have achieved mass incarceration without plea bargaining? Bargaining certainly did not cause either the crime surge that began in 1960 or the elections of Richard Nixon, Ronald Reagan, and Bill Clinton. Tough-on-crime politics probably would have led to increased incarceration even if prosecutors had not bargained.

But in a world without plea bargaining, the prison population probably would be less. For one thing, mass incarceration would have cost more. Taxpayers would have been required to pay the costs of giving people trials as well as the costs of imprisoning them. This cost might not have been great if policy makers had given defendants only nonjury trials. Implementing the constitutional right to jury trial, however, would have made it very difficult for the United States to set world incarceration records.

Even more importantly: According to John Pfaff, mass incarceration occurred primarily because prosecutors charged people with felonies whom they previously would have charged with misdemeanors or not charged at all. In many cases, only increased bargaining leverage made these charges a plausible investment. The people who were charged with crimes only because bargaining leverage increased certainly would not have been charged had there been no bargaining at all. If Pfaff is correct or nearly correct, people who would not have been charged with crimes in the absence of plea bargaining probably swelled the ranks of prisoners.

Discussions of plea bargaining (especially favorable discussions) generally assume that “the law” is exogenous. The law may cast a heavy or a light shadow, but this brooding omnipresence is just there. Prosecutors and defense attorneys take it into account when they bargain. Bargaining, however, does not create the law or alter it.

Increased harshness reflects a kind of rationality built into a system of plea bargaining. This system depends on punishing defendants convicted at trial more severely than defendants who plead guilty, and punishing the vast majority of offenders less than they deserve is a bad idea. The only way to punish offenders who plead guilty appropriately while maintaining overpowering incentives to plead guilty is to punish offenders convicted at trial severely. Plea bargaining is likely to work its way toward punishments whose coerciveness and injustice are almost too obvious to deny.

A familiar psychological process is at work too. When one rationalizes small shortcuts, the shortcuts get larger. If bargaining for guilty pleas doesn't seem so bad and in fact may benefit all concerned, bargaining for waivers of other rights begins to look good too--first the right to appeal, then the right to receive exculpatory evidence, then the right to the effective assistance of counsel, then the right to be free of cruel and unusual punishments, and finally, perhaps, the right to read the Qur'an. As plea bargaining becomes normal, one may see no reason not to make it more effective. A regime that once might have appeared defensible on the ground that it simply offered defendants a break can become one in which no one gets a break, exercising the right to trial is a crime, and imprisonment rates set a record. Walter Schaefer observed, “It is easy indeed to get used to a particular procedural system. What is familiar tends to become what is right.”

In 1970, the United States legitimized plea bargaining. Beneath a cloud of contrived rhetoric, it repudiated two basic principles of criminal justice-- that a court or jury should be willing to hear what someone accused of a crime can say in his defense and that an offender's punishment should rest on what he did. The Supreme Court and other tribal elders declared these principles sour grapes because one of the wealthiest nations on earth was unwilling to expend the resources needed to implement them. It looked like a bargain with the devil, and we know how those usually turn out.