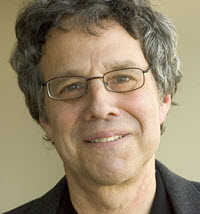 For the forty-eight years following adoption of the Social Security Act in 1935, incarcerated people in jails and prisons who otherwise qualified received their monthly benefit check. That came to a screeching halt in 1980 when Congress passed 42 USC § 423(f)(1). Under that statute, anyone in prison, or in jail for more than thirty days, was denied their disability benefits until (if ever) they were released from custody. Three years later, § 423(f)(1) was repealed and then incorporated into 42 U.S.C. § 402(x), which added the suspension of retirement benefits to the already existing suspension of disability benefits.

With the possible exception of Bonnie and Clyde, individuals who have committed violent crimes have never been particularly popular with the American public. In the atmosphere surrounding the passage of 42 U.S.C. § 423(f)(1), that feeling was at a high point. Only a few years earlier, fear of crime was the number one public concern and would be again before the 1980s were over. The year prior to the passage of 42 U.S.C. § 402(x), Ronald Reagan declared The War on Drugs. Yet all of that anti-crime animus was only rough waters; it was nowhere near a storm, let alone a storm swirling around Social Security benefits. That took two nearly simultaneous events.

First, in early 1980 it came out that the serial killer who had terrorized New York City, David Berkowitz, the “Son of Sam,” was receiving substantial Social Security Disability Benefits. The public reaction was predictable.

At the very beginning of the hearing on the bill, which would subsequently be enacted by Congress as 42 U.S.C. § 423(f)(1), the Chairman of the Subcommittee on Social Security, J. J. Pickle of Texas, set the tone: “[P]ress reports that perpetrators of heinous crimes can receive social security benefits while in prison have outraged many reasonable people, both in and out of Congress.”

Second, at the same time, there were media reports expressing concern about the future solvency of the Social Security system. During the week leading up to the hearings on the 1980 Amendment, The Washington Post (in a front-page article), The New York Times, and The Washington Star all raised the possibility that Social Security might not have sufficient funds to meet its obligations in the near future.

So, a mass murderer, the “Son of Sam,” was dipping into Social Security benefits at the very time when there were serious questions about whether benefits even would be available to anyone in the future. U.S. Senator Malcolm Wallop of Wyoming capably summarized the national sentiment:

Mr. Chairman, I am in complete agreement with your recent public statement regarding this issue of prisoners receiving Social Security benefits that: “It is a matter which easily outrages any reasonable person.” And, like you, Mr. Chairman, I, too, agree that it is ridiculous for someone like David Berkowitz, New York City's 'Son of Sam’, mass murderer to be allowed to collect several hundred dollars each month in social security benefits because of some asinine qualification procedure. For what possible reason can there be for paying an animal like this from our country's already strained social security fund? What must the families of this creature's victims think? Have our laws become so inflexible that our social security administers must bend over backwards to make sure that parasites are added to suck the life out of the social security host? I hope to God they are not. And I cannot help but wonder how many other mass murderers are on the rolls of social security who are shielded from public scrutiny by privacy laws.

Not a big surprise that 42 U.S.C. § 423(f)(1) flew through the Congressional process. Equally unsurprising was that a slew of constitutional challenges quickly followed the passage of the statute.

All of these appeals to the courts were denied, and they were denied on the same analytic basis. Each court considering the issue found that there was a reasonable, non-punitive rationale for the legislation. The finding of a “reasonable” rationale dealt with Due Process and Equal Protection claims. The finding of a “non-punitive” rationale dealt with Cruel and Unusual Punishment, Double Jeopardy, Ex Post Facto, and Bill of Attainder claims.

(1) “[T]here is no need to use scarce benefit funds for persons whose basic needs are met by the prison.”

(2) “[R]elatively large amounts of money in the hands of prisoners could cause discipline problems.”

In contrast to the extensive hearings for the 1980 bill, no hearings preceded the passage of 42 U.S.C. § 402(x) in 1983. All the documentation of the 1983 Amendment that could be located consists of a comparatively meager legislative history stating little more than that the Social Security Administration wanted the extra money it could obtain by suspending inmates' retirement benefits. In fact, § 402(x) was only a tiny, insignificant blip buried in a massive piece of legislation primarily concerned with the solvency of Social Security.

The mere fact that Congress did not expressly restate these [two] rationales in enacting 402(x) is of no moment. Both the retirement benefit suspension disputed here and the disability benefit suspension are part of a comprehensive scheme designed to provide income to certain members of the workforce who cannot generate their own incomes, and to conserve the Social Security fisc when the essential purposes of that income is provided through a different public mechanism--a prison.

In Helvering v. Davis (the decision which upheld the constitutionality of the 1935 Social Security Act), Judge Cardozo pronounced: “Whether wisdom or unwisdom resides in the scheme of benefits set forth in Title II, it is not for us to say. The answer to such inquiries must come from Congress, not the courts. Our concern here, as often, is with power, not wisdom.”

42 U.S.C. § 402(x) fails on both counts. The statute is beyond the power of Congress to enact (Section II), is deeply unwise, and is in fact cruel in its consequences to already economically vulnerable African American and Hispanic families, individuals, and communities (Section III). It should be repealed.