Sentenced to Six Months and a Body Bag: Redefining Deliberate Indifference Behind Bars During the Covid-19 Pandemic 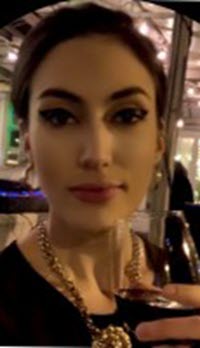 The COVID-19 crisis inside jails and prisons has heightened awareness of the public health emergency created by massincarceration in the United States. The dehumanizing, unhealthy environments of prisons and jails have overwhelmingly adverse effects on the health and well-being of residents and staff alike. Additionally, these harms continue when detainees are released. Even prior to the pandemic, it had been documented that former detainees were 12 times more likely to die during the first two weeks after their release from prison than people of similar age and gender in the same communities. The COVID-19 pandemic has further exacerbated issues of health related to the mass incarceration system in the United States - a system which prioritizes prolonged punishment and suffering of detainees over rehabilitation or health.

For example, Laddy Valentine, who turned 70 in September of 2020, was incarcerated in a prison northwest of Houston at the onset of the COVID-19 pandemic in the United States. Valentine filed, as lead plaintiff, a federal class-action lawsuit trying to get the prison he was housed in to supply personal protective equipment and soap and to institute effective social distancing policies to stop the spread of COVID-19. His lawsuit, filed on March 30 of 2020, resulted in the trial court granting a temporary restraining order requiring the prison to provide basic health and hygiene equipment and instate social distancing policies. However, in the months following the trial court's order, Valentine's suit had reached the Supreme Court on appeal and was remanded back to the trial court. While on appeal, 18 people held in Valentine's facility died from COVID-19 and at least 267 individuals tested positive, including Valentine.

Valentine's situation is far from unique. The first known COVID-19 death of a prisoner was Anthony Cheek, a detainee in Georgia who died on March 26, 2020. 49-year-old Cheek had been held in Lee State Prison near Albany, which had been a hot spot for the disease. By July of 2020, in U.S. prisons alone there were already over 55,000 known cases of COVID-19 and over 600 deaths (including corrections officers) since the pandemic started, a predictable situation that, even then, advocates had warned about. In fact, a July 2020 study revealed that people in prisons were over five times more likely to contract COVID-19, and three times more likely to die from the disease if they contracted it. Due to close quarters and limited access to basic hygiene products, prisons have long been hotbeds of disease outbreaks, and prisons across the country have housed some of the worst clusters of COVID-19 cases since at least April of 2020. By January of 2021, over 433,000 detained individuals and staff had been infected with the virus and at least 1,960 had died, with numbers likely grossly under representative in view of the limited testing conducted on detained individuals. By March of 2021, at least 2,502 detainees in prisons alone had died from COVID-19.

Detainees in states other than Valentine's echo similar concerns - many desperate to be released due to age and/or on-going health concerns. For example, “as COVID-19 cases surged, the pleas to release Askia Asmar from a Virginia prison became increasingly desperate. The 67-year-old inmate's term, family and advocates warned, became a death sentence because he suffered from lung and liver cancer, diabetes and hepatitis C.” Asmar is among 18 inmates at the Deerfield Corrections Center to die of COVID-19 during what had been the largest outbreak in Virginia's prison system. By October of 2020, officials stated that 733 inmates had tested positive for the novel coronavirus at the southeastern Virginia facility, which is home to many of the state's geriatric detainees. Asmar's family and advocates for detainees asserted that the case showed that the state moved too slowly to release the most vulnerable detainees and failed to safeguard those that remained inside. However, corrections officials contended that they have worked vigorously to do both. Whether true or not, the resulting infections and deaths call to question whether their “vigor” mattered.

By March of 2021, COVID-19 remained rampant in numerous jails and prisons across the United States, fueled by the mix of factors, including overcrowding, limited testing, lack of necessary sanitation, and, more recently, limited efforts by some states to vaccinate inmates. Additionally, COVID-19 represents a challenge to prisons because of close confinement, limited access to personal protective equipment, and the elevated burden of confounding cardiac and respiratory conditions endemic to incarceration in the United States that exacerbate COVID-19 risk among detainees.

As demonstrated, prisons and jails are notoriously dangerous places during a viral outbreak and continue to be a major source of a large number of infections in the U.S. As the pandemic continued to remain uncontained into 2021, it was already clear that patterns of policy failures, along with implementation and enforcement problems, would continue to persist. Courts must begin recognizing that these recurring problems are enough to establish deliberate indifference, if not recklessness on the part of detention facility officials. Further, it should be glaringly clear that protections necessary to stop inmate deaths from the virus, above what is normally required of prison facilities, must be imposed under the Eighth Amendment.

The tragic numbers bear out that the measures presently being taken within most detention facilities have not prevented detainees from contracting the COVID-19 virus and are incapable of taking appropriate action without judicial supervision. The conditions that detainees have been forced to endure during the COVID-19 pandemic are clear violations of the Eighth Amendment's prohibition against cruel and unusual punishment. Prison sentences are turning into unnecessary death sentences, and if no preventative measures are implemented and enforced, the chilling prospect of another deadly prison outbreak is an inevitability.