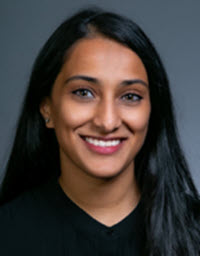 At the Louisiana State Penitentiary in Angola, crowds of Black and brown men can be seen moving meticulously through fields of vegetable crops, eerily resembling an image of Southern slave plantations. As of 2021, the Louisiana State Penitentiary houses over 6,000 individuals, who are required to grow crops, raise cattle, and produce supplies as part of their sentences. These incarcerated individuals do not have to be compensated for their work and can be forced to labor under threat of punishment, such as solitary confinement. In some instances, incarcerated people are “compensated” with as little as two cents per hour for their work. These practices should be unconstitutional under the Thirteenth Amendment's prohibition of involuntary servitude, yet courts have upheld these practices based on a textual exception.

Although some scholars have considered the intersection of the term punishment in both the Eighth and Thirteenth Amendments, no scholar has engaged in an in-depth study of the corresponding case law and applied their findings to create doctrinal support for challenging involuntary servitude in prisons. This Note advances the scholarly conversation by employing a joint reading of the Amendments and resolving the current discrepancy in Eighth and Thirteenth Amendment case law regarding the constitutional understanding of punishment.

In contrast to the Thirteenth Amendment's current treatment in case law, a number of states are starting to acknowledge the abusive and archaic nature of permitting forced labor in prisons. Voters in Nebraska, Utah, and Colorado have passed amendments to their state constitutions to remove language permitting involuntary servitude as a criminal punishment. In April 2021, Vermont's senate almost unanimously approved an amendment to the state constitution that explicitly banned slavery and indentured servitude “in any form.” Similarly, in May 2021, Tennessee passed a resolution banning all forms of slavery that will be placed on the 2022 ballot for voters to make the final decision.

As this momentum has been building at the state level, there has even been a push to directly amend the Thirteenth Amendment. In December 2020, Democrats introduced a joint resolution in the House and Senate named the “Abolition Amendment” that would remove the punishment exception from the Thirteenth Amendment--thereby prohibiting the imposition of involuntary servitude on incarcerated individuals. While these measures have not been approved yet and realistically may not be approved in the coming year or even years, these incremental changes signal a vision of a future in which members of society finally recognize forced prison labor as a brutalizing and unacceptable punishment.

For decades, the punishment exception has justified the inhumane treatment of people who are incarcerated. They were chained together while farming, leased out like property to industrialists, and continue today to be exposed to dangerous conditions to produce goods for others' profit. Forced labor deprives individuals of their right to bodily autonomy and violates the most fundamental principles of dignity. The entire Civil War is a testament to this. Yet, the persistence of an indiscriminate application of the Thirteenth Amendment's exception to all incarcerated individuals represents a disconnect with the intended meaning of punishment in the Constitution. An intratextual reading of punishment posits that an individual cannot be exempted from Thirteenth Amendment protections against involuntary servitude unless he or she is explicitly sentenced to labor. This argument represents a step forward in larger efforts to challenge the punishment exception and guarantee Thirteenth Amendment protections to all people. Such an abhorrent denial of liberty requires at least that.