Carl Takei, From Mass Incarceration to Mass Control, and Back Again: How Bipartisan Criminal Justice Reform May Lead to a For-profit Nightmare, 20 University of Pennsylvania Journal of Law and Social Change 125 -183 (2017)( 323 Footnotes Omitted (FULL ARTICLE) 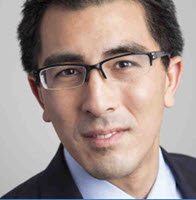 It is now widely acknowledged that the United States incarcerates far too many people. Though the country has less than 5% of the world's population, it houses nearly 25% of the world's prisoners. And despite fierce partisanship on most issues, major actors across the political spectrum agree that something needs to be done about this mass incarceration epidemic.

Every major civil rights organization involved in criminal justice issues (including the ACLU, the NAACP, the NAACP Legal Defense Fund, The Leadership Conference for Civil and Human Rights, the Lawyers' Committee for Civil Rights Under Law, and others) and major progressive-aligned think tanks like the Sentencing Project, the Center for American Progress and the Brennan Center for Justice have called for an end to mass incarceration.

On the right, think tanks like the Heritage Foundation, the American Conservative Union and conservative thought leaders like Newt Gingrich, Grover Norquist, and Pat Nolan have all called for criminal justice reform. Prominent former elected officials like Rick Perry, Jeb Bush, and Ken Cuccinelli have joined in this call. Even the Koch brothers--perhaps the most infamous financial supporters of ultraconservative causes--are now publicly supporting and funding efforts at criminal justice reform.

In the early stages of the 2016 presidential race, both the Oval Office and its aspirants--from both parties--expressed support for decarceration that would have been unimaginable just a few years ago. In a landmark 2015 speech, President Barack Obama declared, “Mass incarceration makes our country worse off, and we need to do something about it,” and conducted the first-ever visit by a sitting president to a federal prison. Early in the primaries for the 2016 presidential race, both Democratic and Republican candidates issued similar calls for criminal justice reforms.

The left and the right, however, each come to this alliance with distinct and, ultimately, incompatible interests. Recently, the progressive advocacy community has begun to seriously grapple with the limits of the left-right alliance. This includes differences over whether and how to address policing practices and racial disparities in prosecutions, suspicions that conservatives are using decarceration as a Trojan Horse to protect white-collar criminals, and disagreement about whether decarceration should be accompanied by increased societal investment in housing, employment opportunities, health care, and other social services.

Separately, progressive advocates are also examining the negative implications of the general trend toward greater criminal justice privatization. However, there has so far been little effort to connect the dots between the two. Unifying these two lines of thinking illustrates why relying solely on the bipartisan alliance to decide what comes after decarceration is a dangerous choice. If the United States follows a fiscally conservative plan for decarceration that relies on increased privatization, the unintended consequences could be serious. Accordingly, although progressive advocates should continue working to find common ground with conservatives, we should be working equally as hard to promote our distinct vision of what kind of societal structures (including both the criminal justice system and other forms of public spending) should replace mass incarceration.

Parts I and II of this Article provide context by describing the current mass incarceration paradigm, including the privatization of criminal justice functions and the “user-funded” criminal justice system, as well as describing the current left-right reform efforts. Part III argues that if progressives do not set clear goals for what should replace mass incarceration, these left-right reform efforts risk creating a nightmare scenario of mass control, surveillance, and monitoring of Black and Brown communities. Finally, it argues that this mass control paradigm would lay the groundwork for a heavily-privatized, extraordinarily difficult-to-end resurgence of mass incarceration in subsequent decades.

The author is a Staff Attorney at the National Prison Project of the American Civil Liberties Union (“ACLU”), focusing on the private prison industry, immigration detention conditions, and local jails.