A Principled Strategy for Addressing the Incarceration Crisis: Redefining Excessive Imprisonment as a Human Rights Abuse 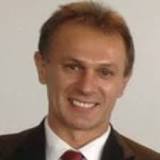 Criminal sanctions normally involve the deliberate infliction of suffering and pain. SentenciPrincipled Strategy for Addressing the Incarceration Crisis: Redefining Excessive Imprisonment as a Human Rights Abuseng is the forum in which the community acts in its most punitive manner against its fellow citizens. The United States inflicts more deliberate institutionalized suffering on its people in this way than any other country on earth, and by a large margin. More than two million Americans are currently in prisons and jails, a higher number than any other country. The imprisonment rate in the United States exceeds that of all but one other country. Remarkably, it is ten times higher than in some other developed countries.

The incarceration crisis that the United States is experiencing did not occur suddenly or unexpectedly. It is the result of a forty-year "tough on crime" campaign, which has resulted in a quadrupling of the prison population. The fact that the United States has become the world's largest incarcerator has not troubled the general community. The rise in prison numbers has continued unabated, without an effective public countermovement. Recently this has changed. The prison over-population problem is now regularly the subject of mainstream media coverage and political discussion.

That the U.S. sentencing system would reach a crisis point was inevitable. Criminologists and legal scholars have for several decades noted that mass incarceration is a flawed strategy. Despite this, prison numbers kept growing. Academic commentary has been strikingly impotent in influencing sentencing policy and practice. Several days after his visit to a prison, commentators noted that U.S. President Barack Obama was

echoing what liberal criminologists and lawyers have long charged. [Criminologists] blame our prison boom on punitive, ever-longer sentences tainted by 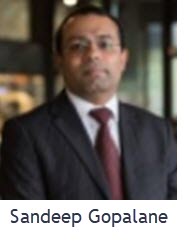 racism, particularly for drug crimes. Criminologists coined the term "mass incarceration" or "mass imprisonment" a few decades ago, as if police were arresting and herding suspects en masse into cattle cars bound for prison. Many blame this phenomenon on structural racism, as manifested in the War on Drugs.

The reason for the current mainstream focus on the incarceration crisis is singular: it has nothing to do with the rights or interests of those most affected by sentencing policy or practice, and it has everything to do with money. The fiscal burden of imprisoning nearly one adult person in every thousand is weighing heavily on even the world's largest economy. The United States spends approximately $80 billion annually on corrections. This is not readily sustainable. It has caused policy makers to at least start discussing the need to lower prison numbers and reform the sentencing system. No principled options for systematically reducing prison numbers are currently in the process of being implemented, and they are not likely to occur if they are simply motivated by a desire to reduce prison numbers. Pragmatically motivated reform is likely to produce expedient solutions, which will exacerbate the United States' sentencing crisis. A durable and reasoned solution is necessary. This Article proposes such a solution.

We suggest a two-pronged approach. First, it is necessary to align sentencing practice within an appropriate normative and evaluative framework. Sentencing courts normally impose hardships on offenders. The most serious sanction imposed on serious offenders, apart from the death penalty, is imprisonment. This involves a direct and significant violation of several cardinal human interests. The most obvious is the right to liberty. But in fact, the deprivations caused by imprisonment go far beyond limiting the movement and choices of offenders. 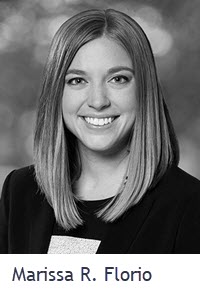 From a hardship perspective, some of these other deprivations are arguably even more burdensome than the deprivation of liberty: Prisoners cannot procreate. They cannot engage in meaningful family relationships. They have virtually no privacy. They are far more likely to be beaten or raped than other members of the community and hence their right to sexual and physical security is diminished. Further, their ability to secure employment after release is diminished, as are their lifetime earnings.

These deprivations raise profound human rights concerns. This is underscored, for example, by the inevitable strong concerns that would be raised towards a law that prohibited offenders from having children (for a finite period or forever). The former "one child" policy in China is widely condemned by human rights groups. A "no child" policy is immeasurably worse. Yet, this is precisely the effect of long prison terms. Adding to the example, the denial of any privacy (which is a necessary incident of incarceration) for many years is also in itself a harsh penalty. The inability to engage in intimate relationships for years, decades, and in some cases a lifetime would be a penalty which, if imposed directly, would almost certainly be met with loud calls as being an intolerable violation of human sexual autonomy. The fact that a rights infringement occurs in the prison setting does not excuse it; rather, it makes it worse because it cumulates the pain stemming from the deprivation of liberty.

The incidental but almost unavoidable hardship stemming from imprisonment is an area that is under-researched and under-appreciated from a human rights perspective. In this Article, we argue that the enormity of many of the discrete deprivations stemming from imprisonment would by themselves constitute suffering that is commensurate with the seriousness of the offenses for which many offenders are sentenced. When these discrete deprivations are added together, however, their combined effects may be disproportionately burdensome as compared with the seriousness of offenses. Against a human rights backdrop, the burden of imprisonment assumes greater magnitude, thereby compelling a move to a reduction in the resort to imprisonment and a lessening in the length of most prison terms. We propose a new ideological and intellectual platform for assessing sentencing policies and practices: a platform built on human rights considerations.

The reality and significance of human rights incursions stemming from imprisonment have not typically ignited human rights concerns: scholars, judges, legislatures, and the general community do not view sentencing law and practice from the human rights perspective. This exposes a fundamental and damaging deficit in our collective psyche. With little risk of exaggeration, it is likely that the gravest and most wide-ranging human rights violations that occur in the contemporary United States are perpetrated by the sentencing system.

It is unclear why sentencing has not been evaluated by reference to human rights ideology. We suggest it is because the finding of criminal guilt marks an individual out as deserving of suffering. This reflexively forestalls any meaningful recognition of, or concern for, the fact that pain and suffering come in vastly different degrees--so much so that the fundamental character often changes from a normatively appropriate deprivation to one which is oppressive and morally unjustified. Irrespective of the reason for the gulf, this Article ends the separation between sentencing law and human rights discourse and, in doing so, establishes that human rights ideology provides an alternative, more effective prism through which to evaluate sentencing policy and practice. A human rights oriented sentencing perspective will also provide a more persuasive and durable basis for consolidating the current perceived necessity for sentencing reform and provide a normative framework for implementing constructive reform.

The second part of our proposal is to sketch out the contours of a more just and efficient sentencing system. In doing so, we suggest a vastly different regime. In particular, we propose a bifurcated system whereby offenders who commit harms that cause considerable damage to their victims are treated differently than less serious offenders. Essentially, this would result in imprisonment being limited to serious sexual and violent offenders. Perpetrators of other forms of crime, such as fraud, property, and drug offences, should generally be dealt with by alternative (less harsh) sanctions.

In Part I of this Article, we examine the current sentencing landscape in the United States, with a focus on the incarceration crisis. In Part II, we provide an overview of the reasons for the current failings of sentencing law and policy. This is followed, in Part III, by a discussion of conventional moral theory in the form of human rights discourse, with a focus on the capacity of such an ideology to shape and guide public opinion. Part IV of the Article identifies clear human rights breaches that arise in sentencing practice. In Part V, we set out how the arguments in this domain should be recalibrated. We sketch out the contours of a fairer sentencing system in Part VI.

You can contribute to Race, Racism and the Law and get great rewards.
http://patreon.com/profvrandall/
Tweet