1. the state of being enslaved to a habit or practice or to something that is psychologically or physically habit-forming .... 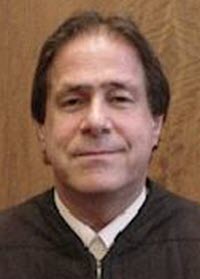 I am a small-town Iowa-country federal judge, but I have sentenced more than 4,000 offenders to federal prison. Federal sentences, especially in drug cases, are all too often bone-crushingly severe. That is especially true for most of the endless drug offenders I see: non-violent, low-level, long-term and severe drug addicts. These folks stand before me for sentencing in sharp contrast to the super violent drug cartel kingpins we read about and see on television, Netflix, and in the movies. I can count on one hand the number of kingpins I have sentenced, and each received a very severe sentence, including affirming a sentence of death imposed by a jury after a three-month trial. In contrast, ninety-five percent or more of those I sentence in drug cases cannot afford to hire counsel, pay their rent or mortgage, or adequately provide for their children because of their severe addiction. Their sole focus in life becomes snorting, smoking, or injecting drugs. Their prior station in life is irrelevant to them. Their prior productive lives are a distant, hazy, and foggy memory. They are the grist of the federal sentencing mill and federal mass incarceration. Of those who come before me for an addiction to crack cocaine, they are almost always Black. If it is methamphetamine, they are usually White or Hispanic, and are often employed in blue collar industrial jobs like meat packing.

There are two other issues that have also led to the mass incarceration of federal drug offenders: 1) Congressionally-mandatory minimum sentences; and 2) Congressionally-mandated sentencing enhancements that often result in low level, non-violent, addict drug offenders having their already harsh mandatory minimum sentence doubled or even enhanced to a life sentence with no release except with a Presidential pardon or commutation. My favorite target for criticism of these unfair, arbitrarily and capriciously applied sentencing enhancements is known as a § 851 enhancement.

The nation's federal prisons are bursting at the seams with the offenders that I just described. The simple truth is that Congress, the United States Sentencing Commission, and federal trial and appellate judges are addicted to incarceration.

The United States of America leads the world in mass incarceration. We incarcerate more people per capita than China, Saudi Arabia, Russia, and even North Korea. In fact, we incarcerate a higher percentage of our population than any nation on Earth. The majority of those incarcerated are poor and people of color. Sections of most major metropolitan cities have been ravaged by the many effects of mass incarceration: families being ripped apart, a generational cycle of incarceration, inadequate housing, and diminished employment opportunities for felons. The list goes on and on. This mantra has become well known. Less has been written, however, about why federal judges seem to be addicted to incarceration. As the above dictionary definition provides, do federal judges incarcerate such a high percentage of defendants because they are in "the state of being enslaved to habit or practice" or because of a strong and harmful need to regularly do something?

In a prior article on mass incarceration and the role of discretion, my coauthor (a former federal prosecutor and one of the nation's leading critics of federal sentencing and mass incarceration) and I started the piece with this:

Speaking to the camera in Eugene Jarecki's film, The House I Live In, David Simon said, "The drug war is a holocaust in slow motion." Simon, who created the seminal television series about narcotics, The Wire, did not use the word "holocaust" casually.

Like most provocative allusions, applying the word "holocaust" to the drug war is part truth and part gross exaggeration. The drug war clearly differs from a holocaust in terms of outcome, certainly: It primarily seeks the imprisonment of millions rather than death. The drug war and a holocaust, though, do share one crucial commonality. Both occur when thousands who work within the system are complicit in something they should know is wrong. Both represent a failure of the moral compass, not only of society as a whole, but of those who exercise their discretion to build and maintain the mechanism of injustice. We write this not only as a societal critique, but also as a confession. As a former federal prosecutor and a sitting federal judge, respectively, we have been among those pulling the levers that operate this cruel machine of mass incarceration.

While I will comment on sentencing in areas other than drugs, I focus on methamphetamine and crack because, in the most recent years, over 85% of the drug sentences I impose are in methamphetamine cases, with most of the remaining 15% being crack cases.

I started populating the Federal Bureau of Prisons in 1994, the year I was appointed a federal district judge. The number one factor that Congress and the United States Sentencing Commission, and therefore the sentencing Guidelines, use to determine a drug offender's "guidelines sentencing range" is drug quantity. The second factor is drug type--with the harshest sentences reserved not for heroin, but rather for methamphetamine and crack. This is true, for example, even if the offender does not know the quantity or even the kind of drugs she is transporting in her vehicle. In my view, based on my experience, drug quantity and drug type are often very misleading proxies for criminal responsibility, and thus the length of federal sentences, especially when the case involves a mandatory minimum. How many readers realize, as explained later in this article, that a person with no prior felony convictions of any kind, but instead with two forty-year-old aggravated marijuana misdemeanor state convictions incurred at the age of eighteen with no sentence of jail time but only a small fine, can be sentenced in federal court to mandatory life for possessing fifty grams of methamphetamine--roughly the weight of ten packets of sugar on the table at your favorite coffee shop?

The guiding principle of federal sentencing is that a "court shall impose a sentence sufficient, but not greater than necessary, to comply with the purposes" of federal sentencing. This simple Congressional mandate has had a very tortured history and is much more complex than at first blush. For instance, this so-called parsimony clause applies only after a federal district judge correctly computes the now "advisory" guidelines range. Thirty years after the Guidelines have been in effect, there also remains a pervasive myth, especially among federal trial judges, that the Guidelines are empirically based.

These themes--the sheer brutality of federal sentencing and the addiction of judges to harsh sentences (especially in drug cases), racial disparity in the type and quantity of drugs, mandatory minimums and § 851 sentencing enhancements, and the lack of empirical bases for most guidelines (especially the drug guidelines)--are all explored in this article. T

Before turning to these issues, however, a brief history of federal sentencing is presented to provide context for where we have been, where we are, and perhaps where we are headed.

In the arc of just two decades, federal sentencing has evolved from total judicial discretion, to virtually none with mandatory guidelines, and back to advisory guidelines with discretion for variances and policy disagreements with the guidelines. I think the current system, with the changes I suggest, provides the best hope for sentencing that avoids unwarranted sentencing disparity but achieves a sound measure of justice and fairness in sentencing.

Each of the sentencing schemes discussed above have some measure of discretion. The mandatory guideline regime shifted that discretion from extremely well-vetted federal district judges confirmed by the U.S. Senate to assistant U.S. attorneys, many of them barely out of law school and in their twenties. The current system with the additional suggestions for reform fairly distribute sentencing discretion among Congress, the U.S. Sentencing Commission, the Department of Justice, and federal sentencing judges.

As Martin Luther King Jr. so poetically and powerfully reminded us: "The arc of the moral universe is long, but it bends towards justice." But it does not bend on its own. Adopting the suggestions in this article go a long way towards bending the arc toward greater justice.

Mark W. Bennett is in his twenty-fourth year as a U.S. District Judge in the Northern District of Iowa, with chambers in Sioux City, a small, heavily blue collar Midwestern city of about 85,000.