Locked Up, Shut Up: Why Speech in Prison Matters 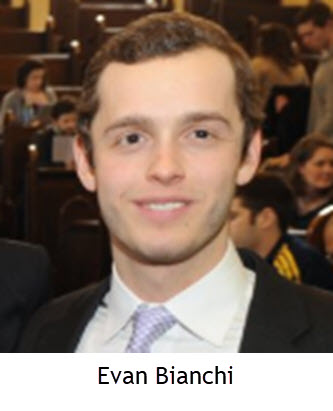 On January 18, 2017, Michael D. Williams, an Alabama prisoner, received notice from Holman Correctional Facility that his mail had been rejected. The prison was blocking his receipt of the San Francisco Bay View, a 40-year-old national black newspaper covering political and cultural issues in the Bay Area and beyond. The newspaper publishes articles and op-eds on topics such as the childcare crisis, the need for multi-unit smoke-free housing policies, net neutrality and free speech, and police response to crimes involving black victims. Writings by prisoners are often featured in the publication as well.

Why was Mr. Williams barred from receiving the San Francisco Bay View? On the rejection notification, prison officials stated that the newspaper was banned because it was “racially motivated.” Nothing more. Holman Correctional Facility was not the only prison to prohibit prisoners from receiving the newspaper. Texas and Pennsylvania banned the newspaper in prisons statewide, and the editor of the newspaper received letters from prisoners in Louisiana, Indiana, California, and Illinois claiming that they had been denied the publication as well.

Censorship of this nature is pervasive in American prisons and jails. To our surprise, however, the academic literature has yet to provide a full account of why speech in prison matters from a First Amendment standpoint. Previous scholarship has argued that American courts offer little protection to the expressive freedoms of incarcerated men and women because judges defer obsequiously to the censorship decisions of prison officials. This article addresses an antecedent question: Why does speech in prison matter in the first place, if at all? 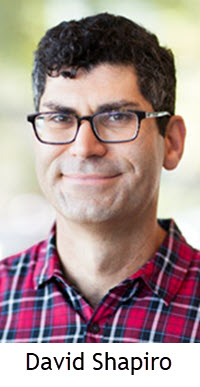 Prison speech is important under the free expression rationales that figure most prominently in Supreme Court case law--the marketplace of ideas, democracy legitimation, the checking value of free speech, and self-fulfillment. The marketplace of ideas does not function properly when the government impedes prisoners from participating in public discourse, especially with regard to criminal justice and mass incarceration matters. Under the democracy legitimation theory, unrestrained prison censorship excludes prisoners' voices from the discussion of political and public issues that is central to facilitating democratic decision-making. As for the checking value of free speech, discourse cannot restrain the power of prison officials if those very officials have the authority to keep complaints about their conduct and prison conditions from ever leaving the prison's walls. And prison censorship surely compromises self-fulfillment; as Justice Thurgood Marshall wrote: “When the prison gates slam behind an inmate, he does not lose his human quality; his mind does not become closed to ideas; his intellect does not cease to feed on a free and open interchange of opinions ....” For purposes of this article, we remain agnostic as to which of the prominent free expression theories provides the best justification for valuing prisoner speech. Prison speech matters under each of them.

The rise of mass incarceration in the United States heightens the importance of protecting free speech in prison. The unprecedented scale of incarceration in America--where some 2.2 million people reside in prisons and jails--leaves more people than ever before at the mercy of speech restrictions. Because poor people and people of color face disproportionate rates of incarceration, prison censorship affects these groups with the greatest force, reducing their power to participate in the public forum. As the issue of mass incarceration has assumed greater prominence in social discourse--with everyone from Hillary Clinton to Newt Gingrich calling for sentencing reform--prison censorship has the perverse ability to exclude the voices of incarcerated men and women from debates about incarceration itself.

Prison speech may be divided into four categories: (1) pure incoming speech, such as a letter sent by a non-prisoner to a prisoner; (2) pure outgoing speech, such as a letter sent by a prisoner to a non-prisoner; (3) mixed incoming/outgoing speech, such as a real-time conversation between a prisoner and a non-prisoner during a visit or telephone call; and (4) pure internal speech, such as a conversation between two prisoners. At first blush, it might seem that theories of free speech focused on public discourse--such as the marketplace of ideas and democracy legitimation--should be concerned only with pure outgoing speech and mixed incoming/outgoing speech. After all, pure incoming speech is directed into the prison and pure internal speech occurs within the prison; neither enters the public discourse. Nevertheless, the breadth of ideas and information that prisoners can receive--from those outside prison walls and from other prisoners--ultimately affects their ability to produce outwardly-directed speech. Therefore, greater protection for pure outgoing speech and mixed incoming/outgoing speech would only partly solve the problems created by excessive judicial deference to prison censorship. To enable prisoners to function as full participants in public discourse, the law must protect not only their ability to disseminate speech, but also their ability to receive it.

This Article proceeds in three Parts. Part I describes the deferential Turner standard that governs First Amendment claims brought by prisoners. Virtually every word uttered or written to a prisoner and virtually every word uttered or written by a prisoner receives extremely limited legal protection. Largely as a result of this legal regime, senseless censorship is all too common in American prisons. Jailers and prison officials seem to have received the message that they can ban speech with impunity.

Part II argues that the combination of Turner deference and mass incarceration divests prisoners of expressive power, thereby distorting public discourse. Not only do people in American prisons and jails comprise a significant portion of the population--some 2.2 million men and women--but the people locked up are poorer, blacker, and browner than the population at large. The combination of mass incarceration and prison censorship skews public debate in favor of wealthier, whiter, non-incarcerated participants. The same combination prevents some of the most relevant speakers from engaging in public discourse on prison-related topics such as solitary confinement and mass incarceration: prisoners themselves.

Part III demonstrates that under the leading theories of free expression, prison speech matters. It matters from the standpoint of the marketplace of ideas, democracy legitimation, the checking value of free speech, and self-fulfillment. Under all of these theories, prison speech is of consequence and deserves more protection than it now receives.

Turner deference depends on the assumption that judicial meddling in prison affairs will compromise prison order and security. One of us has argued previously that this concern is overblown--and the best evidence is the fact that heightened statutory protections for prisoners' religious exercise have not unleashed violence and disorder, which makes it doubtful that increased protections of prisoners' non-religious expression would have widespread negative effects. When it comes to restrictions on expressive activities, the benefits of deference to prison authorities appear to be overstated.

Not only are the benefits of deference to prison censorship limited, but, as this Article has shown, the costs of deference are quite severe. Speech by prisoners is vital to the American system of free expression, yet the current legal regime fails to accord such speech the protection it deserves. The extreme deference accorded prison officials by Turner and its progeny enables censorship that compromises the core functions of the First Amendment. Turner deference does not merely impact individual prisoners; it threatens the legitimacy of our system of free expression by encouraging unwarranted and insurmountable obstacles to speech for a large segment of the American population.