Caged In: the Devastating Harms of Solitary Confinement on Prisoners with Physical Disabilities 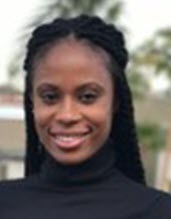 Robert Dinkins is paralyzed from the waist down and uses a wheelchair. Prison officials confiscated his wheelchair when he was placed in solitary confinement, “forcing him to crawl” around on the ground and “eat [his] meals on the floor.”

Damon Wheeler is hard of hearing. He alleged that he was unable to access his hearing aids for 86 days after prison officials confiscated them prior to transferring him into the Special Housing Unit (SHU), a form of solitary confinement.

Abdul Malik Muhammad is blind. He alleged that he was kept in solitary confinement for six weeks in part because prison officials did not know where to place him. During those six weeks, he was denied access to showers, fresh clothes, recreation, telephone calls, and visitation.

J.M. is a deaf prisoner. He reported that he was held in solitary confinement for two weeks for failing to respond to an oral command spoken by some corrections officials behind his back, which he could not hear.

Solitary confinement of more than 15 days can amount to torture. Locked in cells roughly the size of a regular parking space, prisoners are confined alone in their cells for approximately 22 hours per day or more in a maximum-security environment with little to no human interaction or access to natural light. Most of life's daily activities--from dressing, to grooming, to using the toilet--take place within the confines of a small cell. On rare occasions when prisoners are permitted to leave their cells--for example, to go to the exercise yard--the prisoner must be escorted by prison security staff, often while shackled with chains tied tightly around the ankles, waist, and wrists. Many are strip-searched every time they leave their cells. Prisoners are typically unable to participate in work opportunities or rehabilitative programming, such as educational courses or vocational training programs.

Recent advocacy focused on ending solitary confinement has sought to roll back more than four decades of “tough on crime” rhetoric and policies, which have led to mass incarceration, hyper-incarceration, and the overemphasis on punitive rather than rehabilitative approaches to crime and punishment. The movement to end solitary confinement has had tremendous success in recent years--and calls for reform have come from the highest offices in the land, including both President Barack Obama and Supreme Court Justice Anthony Kennedy. Legislative campaigns and litigation at the state and local levels have been successful in ending indefinite placements in solitary confinement; enacting state laws and policies that limit the use of solitary confinement for vulnerable groups, such as youth, pregnant women, and persons with mental disabilities; and garnering national attention on the practice through human rights reports and congressional hearings. Perhaps the most poignant message has come from prisoners themselves at California's Pelican Bay State Prison where thousands participated in a third hunger strike, lasting sixty days, beginning in July 2013 to protest the long-term isolation of prisoners.

Beyond this, the barriers preventing equal access to prison programs, services, and activities are heightened for those persons with physical disabilities held in solitary confinement. When held in solitary confinement, prisoners may be prohibited from participating in programming, including educational and vocational programs, and may be outright denied visitation or telephone privileges. However, even in those corrections systems where prisoners in solitary confinement are offered access to programming, people with physical disabilities are effectively barred from participating due to architectural barriers that can prevent them from accessing the physical location where the programming takes place. Moreover, people with sensory disabilities such as deafness or blindness are often effectively excluded from programming in cases where the materials are not provided in a format that is accessible to them. Locked away and locked out of opportunities to engage in any constructive activity offered by programming, the sensory and social deprivation experienced by these prisoners is magnified. As a result, they languish behind bars in a state of idleness, devoid of both mental stimulation and constructive activity, left in an environment of near total isolation.