Explicit Bias: Why Criminal Justice Reform Requires Us to Challenge Crime Control Strategies That Are Anything but Race Blind

Elizabeth Hinton, From the War on Poverty to the War on Crime: The Making of Mass Incarceration in America (Harvard University Press 2017). Pp.464. Paperback $18.95. 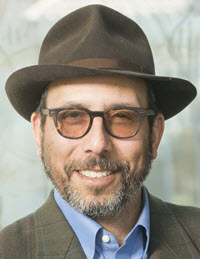 These books rely upon different methodologies. They examine America's distended criminal justice system at different scales. They ask fundamentally different research questions. Despite these important differences (to which we will return), they converge in a central aspect of their many impressive findings. Both books strongly suggest that race based bias in our criminal justice practice is not just the implicit kind, but a product of explicit, conscious, strategic uses of language and action to direct racial meanings of crime and punishment that have been promoted at the highest levels of our national government, and that are actively reproduced day after day by frontline professionals.

Recently, implicit bias has received growing attention in accounting for the striking inequities in the distribution of penal harm of all sorts from police shootings of unarmed suspects to life sentences under California's notoriously harsh “Three-Strikes and You're Out” law. A host of robust experimental studies demonstrate that sub-conscious cognitive associations between race status and threatening conduct (e.g., presenting a weapon) make it hard to produce equitable results in tasks that involve sorting people by their potential threat. These findings are hugely important, especially in understanding why bias persists despite measurable declines in racially hostile attitudes in frontline criminal justice workers.

Neither author sets out to challenge the importance of implicit bias in criminal justice system inequity, yet their research reminds us that inequity is also the product of quite explicit efforts to shape institutions and practices of criminal justice around the surveillance and control of people marked by non-white racial status (especially African-Americans). The important task of trying to identify mechanisms to correct for implicit bias must not lead us to avoid the probably harder (and certainly more politically contentious) work of dis-embedding these forms of explicit bias.

Let me turn to each of the distinctive features of these books before returning to the problem of agency and structure in accounting for the racialized severity of American criminal justice that hangs over reform efforts.

These different books tell very different stories. Elizabeth Hinton's history shows us how presidents from different parties built a multi-dimensional national war on crime out of mostly state and local efforts subsidized and guided by Washington D.C. with the aim of preserving national security against a threat of crime and disorder associated explicitly with minority neighborhoods of concentrated poverty, especially African American ones. Nicole Gonzalez Van Cleve shows us how a racially conscious system of status degradation plays out on a day to day basis in the largest criminal court in America through a dense assembly of routines and narratives that constantly signal race without naming it. The forms of a color-blind democracy are met, but if we try hard not to look at its reality. These different stories call for a reckoning with these conscious racial projects of state building.

Some argue that even if explicit discrimination were eliminated, the pressure of the system's caseload would drive reliance on quick choices most vulnerable to implicit bias. But this overlooks the role that the historical shaping of the criminal justice mission on African American communities, and its ongoing reproduction in the routine practices of frontline criminal justice professionals (from police officers to judges) create the very case load burdens that seem to require heuristics (with one eye closed). I would invite readers of these books to consider whether we might not rather prioritize an effort to reshape the mission of the major organs of our criminal justice system, police, probation and parole agencies, prisons and jails, away from containing and surveilling the bodies of people who live in typically segregated neighborhoods of concentrated poverty or related contexts that our long tradition of explicitly racially coded thinking about crime and punishment marks as likely to be “high crime.” Trying to address implicit bias first risks normalizing a level of coercive social control that has been build up through a historically specific racially constructed urban crisis and sustained on a day to day basis through degradation ceremonies playing out in the center of our supposedly color-blind courts.