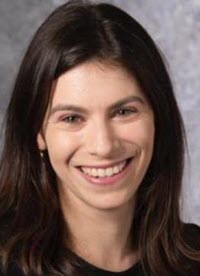 In the U.S. criminal justice system, laypeople are the first to be judged. These are the citizens summoned for jury service and subject to a preliminary period of questioning referred to as voir dire. After learning about these people's professional and personal backgrounds, judges and lawyers can dismiss them from the jury pool through challenges “for cause” or peremptory strikes. Examining both kinds of challenges, empirical legal scholars have documented significant opportunities for abuse, as lawyers may exercise their discretion to prejudicially empanel non-representative juries.

Trial attorneys and judges eager to identify and remedy the exclusionary use of peremptory challenges, in particular, have relied on the approach articulated by Batson v. Kentucky, 476 U.S. 79 (1986), which prohibits the dismissal of jurors based on membership in a protected class. This antidiscrimination framework strives toward “race-neutral” jury selection by addressing racial animus, characterized by the use of peremptory strikes to disproportionately empanel White jurors. In an innovative move, Batson permitted judges to scrutinize prosecutors' rationales for striking jurors in the context of a single trial. It also furnished lawyers with a new tool--the Batson challenge--that could be directed toward an adversary who used strikes to exclude jurors based on race.

Critics of the Batson framework rightly highlight its limited capacity to identify and deter prosecutors who are “of a mind to discriminate ....” When asked to account for a peremptory strike decision after a Batson challenge, a prosecutor could very well choose to conceal prejudicial motives by offering pretextual or post-hoc rationales for her decision. Without the means to definitively test the veracity of their strike rationales, Batson's “race neutral” aspiration, by these accounts, is impracticable.

In the decades since Batson, courts have continued to formally eschew the explicit reference to race in evaluations of prospective jurors. Notwithstanding the opinion's rhetoric of neutrality, the adjudication of Batson violations relies heavily on documentation of prospective jurors' racial (or gender) identities, which are used to determine whether lawyers' questioning styles and strike decisions are prejudicial. This documentation is perceived to be particularly useful when judges are confronted with prospective jurors of different races and genders who nevertheless express similar views. Here, judges can use this record to determine whether lawyers have subjected all such jurors to the same kind of scrutiny and questioning. If, ceteris paribus, race appears to correlate with the disproportionate exclusion or empanelment of certain groups, lawyers risk the confirmation of a violation, opening a pathway for appeal.

There is nonetheless empirical evidence suggesting that despite its limitations, Batson is in fact changing lawyers' jury selection strategies. A qualitative case study from the Midwest, for example, revealed that while most attorneys rely on race, gender, and class stereotypes during jury selection, Batson has led to increased awareness of the importance of seeking an inclusive jury. In this context, as in the case study examined in the current Article, reforming voir dire to achieve race-neutral jury selection has kept race at the forefront of lawyers' thinking. What remains to be seen is whether a more conscientious approach to peremptory challenges can serve as a corrective to the significant racial disparities produced through the exercise of cause challenges, which reinforce inequality legally, and in plain sight.

The limited data on Batson's impact on prosecutorial decision-making and strategy in part reflects methodology. Empirical research on Batson has typically used qualitative interviews, transcript analysis, and quantitative analyses of federal and state court documents to describe prosecutors' strike patterns and the demographics of empaneled juries. These have contributed invaluable insight into the kinds of juries that are common post-Batson. But lacking data on in-court behavior and discourse, the burgeoning scholarship in this area has largely overlooked the effects of Batson's antidiscrimination doctrine on “the quotidian reality of voir dire practice.” Most critically, while we know that Batson affects prosecutors' decision-making, we have little data on how prosecutors integrate antidiscrimination norms into their jury selection strategies in real time. This is a significant object of legal study; understanding how the Batson framework works--or does not work--with respect to race opens the door to not only improving the doctrine but extending it to address other forms of discrimination.

That is the focus of this Article, which draws on an original, five-year field study to examine Batson's impact on prosecutorial decision-making. The study consisted of participant observation in twenty-six jury selection proceedings and semi-structured interviews with 133 Assistant U.S. Attorneys. A central finding that emerges from this data is that prosecutors' selection criteria, questioning, and dismissal of jurors reflect acute self-consciousness. This is a self-consciousness that stems from concern about the possibility that their peremptory strike decisions will raise inferences of purposeful racial discrimination that they will be unprepared to rebut or dispel. Prosecutors' concern not to be perceived as biased motivated many of them to exercise peremptory challenges with an eye toward maintaining others' perceptions of their integrity.

Part II offers critical context that shows how the Supreme Court's emphasis on effectuating “race-neutral” jury selection inevitably necessitated the heightening of race-consciousness to enable meaningful scrutiny of lawyers' voir dire practices. Parts II.A. and II.B. examine the two most common modes of assessing prosecutors' motivations for striking jurors on appeal: comparative voir dire analysis and comparative strike analysis. The former considers whether a lawyer engages in the substantive and uniform questioning of all prospective jurors in the course of jury selection proceedings. Comparative strike analysis revisits prosecutors' contemporaneous or post-hoc rationales for peremptorily striking jurors to determine whether their reasoning is disparately invoked or functions as pretexts for illegal discrimination. This section shows that given the law and practice of Batson, lawyers seeking to prepare for or rebut potential challenges are functionally compelled to consider and document a juror's race and gender, among other attributes. It argues that the now common approach to assessing lawyers' motivations through comparative evaluations of questioning patterns and strike decisions has, as a practical matter, required the doctrine to dispense with the rhetoric of “neutrality” characteristic of early formulations of the Batson framework.

Part III offers an original empirical examination of Batson's impact on prosecutors' attitudes toward the jury selection process and assessments of prospective jurors. Part III.B.1 demonstrates the salience of race in prosecutors' preparation for and strategy during voir dire. III.B.2 provides evidence of the antidiscrimination law's deterrent impact on prosecutors concerned with the reputational harm and social stigma associated with an adjudicated Batson violation. Further, it describes the mechanisms that account for Batson's continuing limitations.

Part IV considers current reform efforts. Drawing on the empirical and doctrinal discussions of the previous sections, Part IV.A. reviews dominant critiques of the Batson doctrine that focus on its underuse, underenforcement, and inadequate remedies in overt cases of racial exclusion on the part of prosecutors. Part IV.B. then proposes directions for future reform of the jury selection process. The Article concludes that studies of prosecutorial decision-making during voir dire are key to meaningfully assessing both the limitations and potential of antidiscrimination laws seeking to alter the discretionary decisions of legal actors.

From its inception, the United States' justice system has had to contend with deleterious forms of discrimination that inhibit meaningful progress toward the realization of its constitutional principles. One such principle is a criminal defendant's right to an impartial jury of her peers. The Batson line of cases has established a framework that attempts to remedy the longstanding problem of race-based exclusion. But its effects, at least on the demographic make-up of juries, is mixed. Having failed to displace race-based exclusion entirely, it is fair to question what its impact and import are for contemporary legal practice.

This Article, drawing on data from an extensive field study, suggests the need for a shift in perspective from outcomes to processes, from juries to jury selection, from quantitative indicators to decision-making and strategy. Doing so sheds new empirical light on the complex interplay between antidiscrimination doctrine and legal practice. There has been a clear doctrinal shift in courts' analyses of juror questioning and striking, expanding the scope of judicial inquiry during the adjudication of Batson challenges from scrutiny of individual “neutral” rationales for juror dismissals to a more robust form of comparative juror assessment. My empirical findings indicate that there is a meaningful connection between this latter approach and a host of race-conscious prosecutorial behaviors during voir dire. With this link in mind, it becomes possible to perform a deeper audit of the Batson doctrine and develop reforms that would advance the critical process of narrowing the gap between juries as they are and juries as the Constitution would have them be.