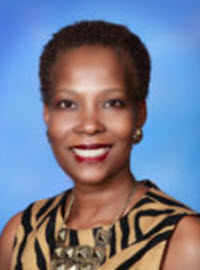 On February 11, 1992, Dr. Frederick Goodwin, then Director of the Alcohol Drug Abuse and Mental Health Administration and main federal psychiatrist, announced that the chief public concern in the United States was violence. Moreover, Dr. Goodwin announced that violence was a “public health” concern that mandated the policy-making intervention of public health agencies. He proposed that various public health agencies participate in an initiative to combat the growth of violence in the inner-city areas of the United States. He advocated that these agencies, among them the National Institute on Drug Abuse, the National Institute on Alcohol Abuse and Alcoholism, the Centers for Disease Control, and others under the auspices of the Department of Health and Human Services, utilize their individual and combined “expertise” in detecting “individual vulnerability” to violent behavior. Thus, a major federal initiative to combat violence came to the public's attention. As announced by Dr. Goodwin, however, the “Violence Initiative,” as it came to be more popularly known, was to be more than simply an in depth and more efficient effort toward collective policy making. It was to be a response to the growing rates of violence in the inner city.

As one of the federal government's responses to this growing rate of violence, the Violence Initiative was scheduled for full operation in 1994. The Initiative planned to collect and coordinate many federal projects involving violence research under the auspices of the Department of Health and Human Services and its member agencies.

The Violence Initiative as a concept, however, has assumed a role in popular understanding as being both a distinct message as well as a messenger. Essentially, the message—a body of research that ranges in substantive study from malnutrition, poor health care for pregnant mothers and its effect on newborns, to bio-psychiatric interventions—has been subsumed in the identity of Dr. Goodwin, whose delivery of the message was premised on the suggestion that much of the violent behavior in the inner city may have biological or genetic origins. A second major premise of the message announced by Goodwin is that factors of individual vulnerability and predisposition to violent behavior exist—factors that may be detected at an early age.

In one of the first introductions of the Violence Initiative, Dr. Goodwin remarked:

If you look, for example, at male monkeys, especially in the wild, roughly half of them survive to adulthood. The other half die by violence. That is the natural way it is for males, to knock each other off and in fact, there are some interesting evolutionary implications of that because the same hyperaggressive monkeys who kill each other are also hypersexual, so they copulate more to offset the fact that more of them are dying.

Now, one could say that if some of the loss of social structure in this society, and particularly within the high impact inner-city areas, has removed some of the civilizing evolutionary things that we have built up and that maybe it isn't just the careless use of the word when people call certain areas of certain cities jungles, that we may have gone back to what might be more natural, without all the social controls that we have imposed upon ourselves as a civilization over thousands of years in our evolution.

The references to the naturalness of hyperaggressive and hypersexual survival-oriented simian behavior, and the suggestion that similar behavior takes place in inner cities removed from social controls, together with the collective representation of “man” as the primary “civilizing” force in the world, camouflage and yet make clear an underlying image of the White man as the primary civilizing force in the world. These remarks drew attention and sparked resistance to the research Goodwin suggested because once the focus of the Violence Initiative pointed towards the “inner city,” poor people of color understood the code from the smoke signal to mean that the Dr. Goodwin's discussion was about them.

Had these remarks not been made, the Violence Initiative may have proceeded quietly and gone unnoticed amidst the federal government's bureaucratic maze. However, the images created by Goodwin's words raised doubts as to whether children of the inner city were truly respected as legal entities, produced skepticism as to the true motives of those sponsoring programs, and suggested questions concerning the legitimacy of the endeavor.

Dr. Goodwin's remarks were made within a social, political, and scientific context that has provided tremendous growth opportunities for genetic research in recent years. Moreover, it has been recognized that genetic evidence may one day be commonly accepted by the courts in solving an array of legal issues including tort, criminal, trust and estate, family, and labor law. With these considerations as reference points, critics of the Violence Initiative recognized it as a specific threat to African-American children—threatening the creation of an “institutional apartheid” based on political motivations, fear, and intimidation. Still others voiced concern that the premises of the Violence Initiative were at odds with foundational premises of our Constitution, that “peoples' actions are based on free will, rather than on biology or social pressures.”

Another result of the firestorm of protest that followed the Goodwin announcement was the appointment, in December 1992, of a panel to review the Violence Initiative. With the assistance of various Department of Health and Human Services (DHHS) staff experts, the panel reviewed each of the 224 DHHS abstracts of research related to anti-social, aggressive, and violent behavior. According to the panel's report issued less than a month later in the waning days of the Bush administration, there was no evidence to support the allegations and suspicions levied against DHHS, subsequent to Dr. Goodwin's announcement. The panel concluded that a focus on violence as a public health problem was appropriate, and determined that none of the studies sought to establish a genetic link between race and violent behavior, thus, effectively exonerating the Violence Initiative, if not the words of Dr. Goodwin.

Part I is this introduction.

Part III outlines the Violence Initiative as presented by Dr. Goodwin, and distinguishes the program from more prevalent models of sociological intervention.

Parts IV and V detail the historical context in which the Violence Initiative must be seen.

The concluding part of the Article, Part VI, will offer a cautionary perspective on the issues and questions raised by the program.