Why Ross V. Blake Opens a Door to Federal Courts for Incarcerated Adolescents 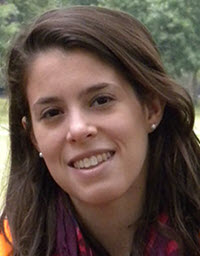 In 2001, sixteen-year old Marcus Hunter was charged with armed robbery; upon turning seventeen, he was transferred from a juvenile detention center to an adult correctional facility. There, he was sexually assaulted by another incarcerated person as two others watched. Hunter reported the assault days later and sued under 42 U.S.C. 1983, a vehicle allowing individuals to seek redress in federal courts for the violation of their federally protected rights. However, his case was dismissed for his failure to exhaust the facility's administrative grievance procedure prior to seeking judicial relief. Ignoring the serious nature of Hunter's claim, the court suggested he should have performed "a simple internet search" to learn what the grievance procedure required prior to suing.

Hunter's situation is not unique. There are numerous examples of federal courts dismissing--without analysis of the merits-- complaints about prison conditions brought by incarcerated individuals for failure to exhaust grievance procedures. Spurred by concern with the rising rate of filings by people in prison in the early 1990s, the exhaustion requirement was developed in 1996 as part of the Prison Litigation Reform Act (PLRA). A decade later, the Supreme Court interpreted the statute to require "proper" exhaustion, a significant barrier to access to the courts for the incarcerated population.

Adolescents detained in adult facilities (such as Hunter) -today numbering around 5,500 in U.S. prisons and jails a highly vulnerable group and struggle particularly to satisfy the exhaustion requirement. The Supreme Court has begun to acknowledge the differences between adults and minors in the criminal justice system, creating rules that treat minors differently due to variances in competency, judgment, and culpability. As the Court explained in 2011: "[W]here a reasonable person' standard otherwise applies, the common law has reflected the reality that children are not adults." Despite this, incarcerated adolescents in adult facilities remain subject to the same PLRA exhaustion standard as incarcerated adults. Held to the adult standard, minors are unduly prevented from litigating their abuses and thus deprived of a critical tool for improving their conditions of incarceration.

Previous attempts to amend the PLRA to exempt juveniles have failed. However, in Ross v. Blake, the Court provided a critical explanation of the sole remaining exception to PLRA exhaustion--the available remedy exception. Describing the available remedy exception as one with "real content," the Court encouraged lower courts to consider each case's facts to determine whether a detained individual was capable of using the grievance procedure to "obtain relief." This Note argues that Ross, by leaving a gap in the available remedy doctrine for nonordinary incarcerated people, provides an opportunity to differentiate juveniles housed in adult facilities for exhaustion purposes.

Part II describes the PLRA's history and requirements, focusing on the statute's exhaustion provision, and

Part III considers Ross' holding and how lower courts have misinterpreted it. Finally,

Part IV applies scientific and sociological research to show why adolescents detained in adult facilities lack an available remedy and should receive different treatment under the PLRA's exhaustion provision.