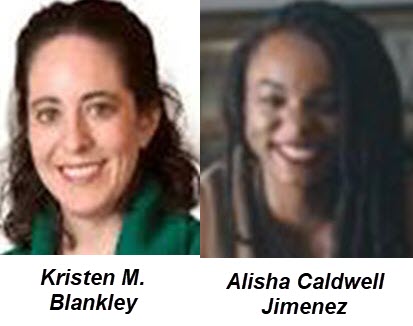 Jeremy, a high school freshman, lives in Lincoln, NE. He and his friends regularly visit one of the city pools in the summer and into the fall. One day, Jeremy discovers that his tennis shoes, his most prized possession, went missing from the locker room while he and his friends were swimming. Through the grapevine, Jeremy learns that Brandon, a classmate, might have taken them. At school the next week, Jeremy confronts Brandon at his locker. Brandon denies everything, and ultimately Jeremy punches Brandon in the face. A teacher witnesses the event; the students are taken into the principal's office and the police become involved.

Jeremy doesn't have prior involvement with the police and he is on the freshman basketball team. His coach and his parents are going to learn about this incident. Jeremy's biggest concerns are his basketball career and disappointing his mom. He also does not want to be labeled as a "criminal" in the eyes of his peers or the community.

Katie and Julie, current eighth graders, have been best friends since the first grade. They live across the street from one another and spend countless hours together. As Katie reached adolescence, her behavior became more erratic, and she now suffers from anger issues. On one summer day, the girls are together at Julie's house, hanging out in her room. The girls get into a terrible fight over a boy. Katie bursts out into a rage; she shouts and hits, scratches Julie's arm, and throws Julie's mobile phone into the wall, breaking the phone and damaging the wall. Julie's dad calls Katie's dad, and Katie's dad calls the police, turning in his own daughter.

Katie is truly sorry and her biggest concern is making up with her best friend. The incident, however, did not help her already rocky relationship with her parents. Katie's dad called the police because he is at his wit's end trying to discipline her at home. As with Jeremy, Katie has not had any prior contact with the police.

Ashlie is best friends with Carli, and they are both freshmen in high school. Carli recently broke up with Mason, a high school junior. All three students go to the same high school. One day in the hallway, Ashlie saw Carli crying. Ashlie just learned that Mason has been calling Carli a "slut" on social media. Ashlie gets very upset, storms out of the school, and takes her keys to the side of Mason's car. Ashlie's escapade causes about $800 worth of damage, and she does not deny she caused the damage (that, and there was a video recording of the parking lot). The police are called into school.

Ashlie's biggest concern is that her friend be treated with respect-- Ashlie is loyal to a fault. Despite her protective nature, this incident is highly out of the norm for Ashlie, and it marks the first time she has ever had to talk to a police officer. In the back of her mind, Ashlie is worried about whether this incident will go on her permanent record or prevent her from going to college.

How should the law treat Jeremy, Katie, and Ashlie? Are they criminals? Juvenile delinquents? Young people who deserve to have a juvenile record, even if it is sealed because of their age? What kind of process should these youths endure? Should they hire lawyers, appear before juvenile judges, and be assigned probation officers? On the other hand, should they be given a pass? Chalk up their actions to youthful indiscretion? Further, who should decide how they are treated? School administrators? Police officers? County prosecutors? Their parents?

Juvenile courts were created to provide interventions for young people like Jeremy, Katie, and Ashlie in order to reduce the possibility of future law violations, or recidivism. Once a youth is cited for an offense, several routes exist through which the state may respond. The traditional offender-offense focused method can be broken down into three primary phases: citation or detention, adjudication, and disposition. When a youth commits an offense, the youth may be cited or arrested by the responding officer. If the prosecuting attorney determines there exists enough evidence to successfully process the case, a petition is filed with the juvenile or county court and the youth appears before a judge in the adjudication stage. Following adjudication, the court may order a number of services prior to the disposition, including an investigation by probation to help the court determine the best course of action for the youth, an evaluation (e.g., psychological or mental health examination), probation supervision, or other services. Finally, during the disposition stage, the court may rely on the findings of the pre-disposition investigation to determine the best intervention for the youth, which may consist of probation, problem solving courts, or, in extreme cases, Youth Rehabilitation and Treatment Centers (YRTC) followed by re-entry programs. Although juvenile records are sealed in the state of Nebraska, it is clear that the traditional, formal processing would lead to a much deeper penetration into and more extensive contact with multiple parts of the juvenile justice system.

Luckily for Jeremy, Katie, and Ashlie, a local county attorney offers these youths the opportunity to participate in a victim-youth conference (VYC) as part of a pre-diversion or diversion program. If they successfully complete the VYC, and any other relevant terms, they will neither be "charged" nor adjudicated. The remainder of their stories will be discussed throughout this Article.

This Article primarily serves as a case study for the recently implemented VYC program utilized in Nebraska for youth offenders both in schools and in the community. To accomplish this goal, this Article proceeds as follows.

Part I provides an overview of restorative justice to put the Nebraska program in context.

Part II briefly discusses the history of restorative justice in Nebraska to demonstrate Nebraska's commitment to restorative processes in other areas of the law.

Part III gives significant detail on the recent VYC program piloted in Nebraska, which is now being rolled out statewide. The Article highlights the successes of the program and discusses some of its shortcomings. The authors hope this Article showcases the good work currently being done while suggesting improvements to make the system even better.

Some characteristics of the program are unique and will provide guidance for future developments in restorative justice. In the United States, this program appears to be one of the first, if not the first, statewide program. Most programs have geographical limitations, such as a single county or even a single school district. Nebraska's program is significantly more ambitious in scope than other programs, and it may set a precedent for other states. In addition, Nebraska has both rural and urban experiences, which may inform future statewide programs elsewhere in the United States.

Perhaps the most promising aspect of Nebraska's program is the use of surrogates, particularly youth surrogates. Because many of the state's cases involve youth-on-youth crime, youth surrogates have become an important part of the program. As the program continues to grow, the results of the program evaluations in this area may also prove highly useful to other programs.