The Costs of Youth: Voluntary Searches and the Law's Failure to Meaningfully Account for Age 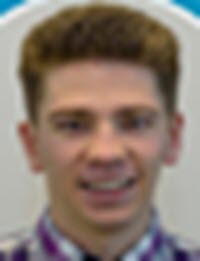 The following stories illustrate a common experience throughout the United States: juveniles submitting to authority figures and consenting to searches of their person, vehicles, or other objects.

During a routine traffic stop in 2009, an Arizona police officer smelled burnt marijuana as he approached the stopped vehicle. A second officer was called for backup, and the first officer arrested the driver while the second officer commanded the passenger, Victor, to exit the vehicle. Victor consented to a pat-down search of his body. During the pat-down, the officer felt a bulge in Victor's pant pocket, which Victor admitted was marijuana. In a motion to suppress, Victor's attorney argued that juveniles “are inherently vulnerable and prone to feeling compelled to comply with the requests of an adult authority figure.” However, the Arizona Court of Appeals rejected the argument, holding that age is only one factor considered in determining voluntary consent.

In 2010, a New Mexico officer conducted a traffic stop on 17-year-old Carlos because the officer could not read the vehicle's license plate from 50 feet away. The officer requested to search Carlos's person after smelling marijuana inside the vehicle. Carlos consented, and the search came up empty. Carlos then consented to a search of his vehicle after the officer called for backup. This time, the search revealed baggies of marijuana and a pipe. Carlos's attorney argued that the New Mexico Children's Code conferred greater protection to juveniles and that because the officer failed to advise Carlos of his right to refuse consent, the court should suppress the evidence. However, the New Mexico Court of Appeals refused to extend greater protections to juveniles, holding that juveniles are subject to the same rights and responsibilities as adults.

While some of these searches may come up empty, others serve as a turning point in the juvenile defendant's life. Although juvenile arrests are down in recent years, the consequences juveniles face are stark when they grant officers consent to search. Depending on what comes of the search, the juvenile may face a sentence as light as probation or as severe as years behind bars. Many states have implemented drug-treatment programs and other diversion programs for nonviolent offenders, but they do not utilize their treatment programs as often as one might think. Relying on U.S. Department of Justice data, one study found that more than 60,000 juveniles are serving time in juvenile-detention facilities, with about 75% serving time for nonviolent offenses. That does not include the number of juveniles that the United States court systems send to adult facilities each year--a staggering 95,000 juveniles in 2011.

On any given day in the United States, there are more than 1,200 juveniles serving time in adult facilities. The United States incarcerates more of its youth than any other country in the world. This mass incarceration of youth leads to devastating consequences, most notably the large number of juveniles who are sexually abused while incarcerated. Juveniles are five times more likely to experience sexual assault while incarcerated than adult inmates, and this typically occurs within the first 48 hours of detention. Of those that report sexual abuse, more than three-quarters fell victim to jail staff on more than one occasion. Youthful inmates are also 19 times more likely to commit suicide than the general juvenile population and 36 times more likely to commit suicide in an adult-detention facility than a juvenile-detention facility.

Juveniles receive no added protection under the Fourth Amendment, as courts treat age as only one factor in determining voluntary consent. If anything, juveniles have diminished rights compared to adults under the Fourth Amendment. In New Jersey v. T.L.O., the U.S. Supreme Court held that children do not lose their constitutional rights when they enter the halls of a public school, but the school setting “requires some easing of the restrictions to which searches by public authorities are ordinarily subject.”

Though Fourth Amendment jurisprudence does not suggest added protection for juveniles, the U.S. Supreme Court clearly distinguished juvenile rights under the Eighth Amendment. Starting in 2005, the Court created a categorical ban against the use of the death penalty for juvenile offenders. Five years later, the Court extended the Roper ruling, stating that life-without-parole sentences imposed against nonhomicide juvenile offenders violate the Eighth Amendment. In 2012, the Court extended the Graham decision even further, prohibiting mandatory life-without-parole sentences against juvenile offenders, even those convicted of homicide. Perhaps the most important language in these three cases comes from Miller: “Roper and Graham establish that children are constitutionally different from adults for purposes of sentencing.” This language is the foundation for a more progressive view of the U.S. Constitution and how the unique characteristics of juveniles should afford them greater protection under not only the Eighth Amendment, but also the Fourth Amendment, specifically regarding searches and consent.

Part I of this Note discusses the Eighth Amendment caselaw regarding juvenile sentencing and analyzes the reasoning underlying those decisions.

Part II of this Note takes a deeper look at the Fourth Amendment and its development through history. Part II also analyzes various state responses to juvenile consent searches.

Part III discusses the application of the Court's theoretical approach regarding the Eighth Amendment to the Fourth Amendment, specifically juvenile consent searches. Ultimately, this Note argues two things: (1) if children are constitutionally different for sentencing purposes, they should be different for search purposes as well, and regardless, (2) states can and should take steps to offer greater protection for juveniles when it comes to granting consent for searches.

Although the U.S. Supreme Court has made impressive advances toward juvenile-justice reform in the way of sentencing, the Court still has room for improvement. By continuing to ignore the defendant's age under the Fourth Amendment in the context of consent searches, the Court--and other federal and state courts--does a great disservice to juvenile justice. The Court willingly accepted the science behind juvenile brain development in rendering its decisions in Roper, Graham, and Miller. Yet it largely ignores that same science when analyzing voluntary consent given by juveniles that officers rely upon to conduct searches that would otherwise be unlawful. The Court could give the “kids are different” language even greater meaning by finding that juveniles are truly different for Fourth Amendment purposes.

Although the Court may be reluctant to extend its reasoning from Roper, Graham, and Miller to its Fourth Amendment decisions, state courts need not wait. Alternatively, state legislatures can and should take it upon themselves to enact legislation that would provide greater protections for juveniles. At the end of the day, juveniles are our future, so why not provide us with a better chance at a brighter one?