From Prisons to Polls: An Analysis of the Unvested Voting Rights of Formerly Incarcerated Juveniles 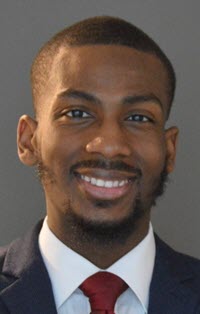 The right to vote is a fundamental right and “basic democratic principle that should be protected, promoted, and practiced.” However, when it comes to voting provisions for juveniles tried as adults and convicted of a felony, states leave the unvested right of juveniles unprotected, unpromoted, and - ensure once they reach the age of majority- unpracticed. Historically, the right to vote was exclusively held by wealthy white male property owners. Excluded from the ballot box were women, Blacks ... and persons with felony convictions.

Between 1890 to 1908, ten of the eleven former Confederate states ratified new constitutions or amendments which incorporated provisions that included poll taxes ... and felony disenfranchisement provisions that focused on crimes thought to be committed by Blacks. As is the fate of adults convicted of a felony, minors who are tried as adults and convicted of a felony are also excluded from the ballot box in most states upon their release. This essay will discuss the unvested right to vote by persons tried in the criminal justice system while a juvenile and subsequently lost their right to vote. Additionally, this essay will assert that laws that make it mandatory for formerly incarcerated juveniles to pay restitution and criminal court fees before having their right to vote restored is equivalent to an unconstitutional poll tax.

In the alternative, states will likely assert that, “a state's decision to permanently disenfranchise convicted juvenile felons does not, in itself, constitute an Equal Protection violation.” Also, that disenfranchisement laws are narrowly tailored to fit the compelling government interest of insuring victims of the offenders' behavior are made whole via restitution and all court cost are paid in full. However, such an argument hinges on the financial ability of the juvenile felon to pay these debts and there is no guarantee that the formerly incarcerated juvenile will pay the fees. Finally, there are other less restrictive methods to help ensure that the fees are paid without denying a citizen the opportunity to have their right to vote reinstated; these include wage garnishment, debt collection, and liens on owned property. If it is to be believed that the right to vote is fundamental and it acts as a preservative of all [other] rights, wealth based voting laws that hinge on payment from formerly incarcerated juveniles and their unvested right to vote should be struck down.

Radarius Morrow is a third-year law student at Howard University School of Law. At Howard, Radarius currently serves as the President of the Huver I. Brown Trial Advocacy Moot Court Team.