No Path to Redemption: Evaluating Texas's Practice of Sentencing Kids to De Facto Life Without Parole in Adult Prison 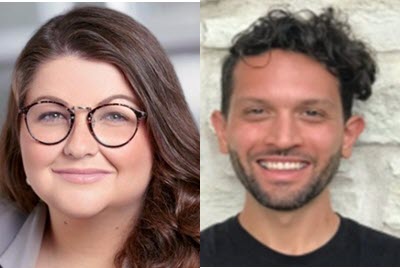 This article examines de facto life sentences and urges reformers to continue addressing and advocating for sentencing and punishment schemes that take into account the emerging science behind adolescent brain development, as well as a show of growth and maturity among people incarcerated for crimes committed as youth.

Part I examines the history of mass incarceration and its extensive impact on justice system-involved youth, along with more recent reformation attempts.

Part II examines how the unfounded “superpredator” theory in the 1990s led to legislation and court practices that had destructive consequences when applied to children.

Part III provides an overview of de facto life sentences (involving a sentence of nearly forty years served); it introduces the science behind adolescent development; and examines the human and fiscal costs of juvenile incarceration.

Part IV walks through relevant United States Supreme Court rulings and outlines important conclusions reached regarding the need for psychological and neuroscientific research, which should shape how juveniles are sentenced. This section also demonstrates the ever-changing nature of adolescence and how such nature must prevent fundamentally inappropriate permanent sentences--like the death penalty and de facto life sentences--from being applied to juveniles.

Part VI examines “Second Look” efforts undertaken by Texas, including in a national context, and provides more information about the individuals impacted by de facto life sentences, with personal stories from “Second Lookers.”

Given everything the United States Supreme Court has stated about the inherent characteristics of adolescence, and with all of the supporting scientific research that the Court considered across cases, a de facto life sentence is cruel and unusual, and is highly inappropriate for juveniles. It is time to return to the juvenile justice system's initial emphasis on rehabilitation--rather than the more punitive and misguided approach of the 1980s and 1990s--and ensure our legislatures and courts establish laws and practices in keeping with the spirit of recent court rulings. Does a more compassionate, rehabilitative, but fair approach to sentencing offer a way in which a person can be held responsible, while not being permanently fixed to their crime? At what point do the human and fiscal costs outweigh whatever punitive retribution society feels it is entitled to? The individual stories in Part VI that elaborated on who these people are and how they have been impacted by such harsh sentences suggest that we must take a “second look” at the inhumanity of de facto life sentences. As Nelson Mandela said, “there can be no keener revelation of a society's soul than the way in which it treats its children.”

Justin Martinez is the Bexar County Justice Project Advocate at TCJC, where he fights for decarceration reforms throughout San Antonio.