Excerpted From: Roscoe C. Howard, Jr. , The Defunding of the Post Conviction Defense Organizations as a Denial of the Right to Counsel, 98 West Virginia Law Review 863 (Spring 1996) (361 Footnotes) (Full Document) 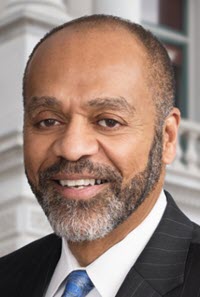 The concept of a “fair trial” is embodied in the Bill of Rights. No provision of the Bill of Rights is any more important to an individual accused of a crime than the requirement that “(i)n all criminal prosecutions, the accused shall . . . have the Assistance of Counsel for his defence.” The ultimate penalty this country allows for committing a crime is death. For more than 60 years states have been required to provide counsel for those tried for crimes punishable by death. This Article is not meant to comment, pro or con, on the propriety of the death penalty as a punishment, but to recognize that if we, as a society, decide to end the life of an individual for criminal convictions, the decision should be based on a “fair trial” -- because with death we get no second chance if we are wrong. Providing effective counsel for capital defendants is the pivotal step to ensure that a death penalty conviction is “fair” and constitutionally implemented.

The death penalty is society's most vehement response to the commission of particularly heinous crimes. Statistics indicate that it is implemented with a racial bias. Because of the penalty's unique severity it requires special procedures and post-conviction oversight not found with any other criminal proceeding. Attorneys involved in death penalty representation should be familiar with and trained in this specialized litigation.

The complexity of the litigation dictates that competent counsel be identified, compensated and retained by the state for those defendants who cannot afford it. Many states, however, do not ensure that indigent death penalty defendants are provided counsel who are equal to the task, that is, competent, experienced and effective. Death penalty appeals clog the court dockets in part because of the inability of counsel to effectively represent their clients in trial or present their cases in post-conviction appeals.

Post Conviction Defender Organizations were created by Congress in 1988 to provide a service that would identify, train and support competent death penalty counsel in state and federal proceedings. The Post Conviction Defender Organizations ensured that death penalty defendants had counsel at every stage of the litigation and that the counsel had the information needed for adequate representation. The cost was fairly minimal, but nevertheless, it prevented executions based on ineffective counsel rather than actual guilt.

Post Conviction Defender Organizations will no longer be funded by the federal government after September 30, 1996. This decision by Congress threatens to return the court system to a time of inadequately represented capital defendants with appeals clogging the courts. This article will review some of the history of the death penalty prior to the establishment of Post Conviction Defender Organizations and the effect of these federally funded organizations on litigation since their inception.

Anthony Lewis, in an opinion piece for the New York Times, noted:

The right to a competent lawyer is the mark of a civilized society. I know of no action by the radical Republicans as uncivilized, as indecent as (closing the Post Conviction Defender Organizations). It reminds me of what Joseph N. Welch said to Senator Joseph McCarthy: “Until this moment, Senator, I think I never really gauged your cruelty or your recklessness.”

The defunding of the Post Conviction Defender Organizations, in effect, denies death penalty inmates their right to counsel. Most states have not implemented a system, equivalent to their prosecutorial units, capable of providing death penalty defense counsel that match, or even come close to, the experience and the resources of the prosecution.

The statistics on who is chosen to die indicate that those who are chosen for the death penalty do not appear to be “one of us.” Imposition of the death penalty today is reminiscent of a time when this country used vigilante law and lynching to express moral outrage. The community feels it is making an example of “someone else” as to what will be tolerated in its jurisdiction. The concern is not to make sure that the proper person is executed or that his punishment is “fair.” Justice Brennan made the point that to separate “ourselves” from those who suffer the death penalty is moral folly:

It is tempting to pretend that minorities on death row share a fate in no way connected to our own, that our treatment of them sounds no echoes beyond the chambers in which they die. Such an illusion is ultimately corrosive, for the reverberations of injustice are not so easily confined . . . and the way in which we choose those who will die reveals the depth of moral commitment among the living.

A country that expresses social outrage by imposing the death penalty must summon the moral character to mete out the punishment in a manner that is fair and equitable. Society must treat these defendants as if they are innocent, as if they are one of their own, as each of us would want to be treated if charged with a capital offense. Legislatures must provide competent counsel to make sure the trial is the event that reveals the truth and that post-conviction review is meaningful. This article has cited numerous instances where defendants were wrongly accused and wrongly convicted. There are many instances where the defendants have committed the horrible crimes of which they are accused, but many are innocent -- just like us. Legislatures must provide a service like the Post Conviction Defender Organizations or find some other means to train and fund those who will take on the necessary representation to ensure that death penalty trials are, in practice, a search for the truth.

Professor Howard is an Associate Professor at the University of Kansas School of Law.