The Struggle Against the Death Penalty Moves Forward in Washington State: Reflections on State V. Gregory 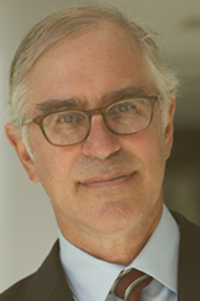 My paternal grandfather came from what is now Belarus, a small country that used to be in the former USSR, now nestled between Russia, Ukraine, Poland and Lithuania. It is the only European country that still has the death penalty. Executions in Belarus take place without notice either to the prisoners or their families. Condemned prisoners are taken blindfolded to a basement, where they kneel and someone shoots them in the back of the head.

Capital punishment in the United States of America is different. We do not shoot people in the middle of the night in the basement. But the system in this country is no more fair, and no more humane. On the one hand, capital punishment in the U.S. is characterized by extreme arbitrariness and randomness. There is no apparent reason why the State kills some people, but not others. Serial killers and mass murderers regularly escape the death penalty, while others end up on death row for no apparent reason other than bad luck. On the other hand, the death penalty system in the U.S. is characterized by the opposite of randomness--race and class are the determinative factors that land someone on death row. Generally, the lethal combination of a white victim and a black defendant is what leads to execution, while there are no rich people on death row. Countless studies have verified this combination of arbitrariness and racism.

Since the inequities of the death penalty exemplify all that is wrong with the American penal system, one would think that its days are numbered. But despite powerful pressures for abolition, there are powerful forces within this country that are wedded to the death penalty, and not just in the areas of the country that voted for Trump. At the time that Governor Gavin Newsom announced the recent moratorium in California--a key “blue state”--there were 737 inmates on death row in that state.

Like California, Washington State is another purported liberal bastion, but it was a state where hanging was still practiced until the 1990s. The death penalty actually survived in so-called “blue” areas of the state, with recent major capital prosecutions taking place only in the large population centers of Western Washington (King, Snohomish and Pierce County).

In October of 2018, the Washington Supreme Court struck down Washington's capital punishment system on state constitutional grounds in State v. Gregory. In this article, I want to put the Gregory case into a broader context--the political background of capital punishment in the United States and the development of opposition to the death penalty, including a discussion of the role (or non-role) of the National Lawyers Guild.

Another lesson of Gregory seems self-evident. The path forward does not go through the federal court system. Although Justice Breyer's dissent in Glossip in 2015 suggested that there might be a route available in the U.S. Supreme Court, that opportunity is clearly gone. The key is state constitutional litigation, in fora that are insulated from the U.S. Supreme Court's interference. The late Arthur Kinoy, a stalwart of the NLG from the 1950s until his death in 2003, always talked about digging deep into the law, going back to the beginning to find that kernel that would lead to victory. We must look critically at our state constitutions as an antidote to the right-wing reaction that will remain within us federally for the next generation. As noted above, the Washington Supreme Court led off its opinion in Gregory by citing its own history in striking down the death penalty in the past: “Washington's death penalty laws have been declared unconstitutional not once, not twice, but three times.” It is important to keep this local history in mind when challenging any jurisdiction's capital punishment scheme.

For the NLG, the lesson is that the struggle against the death penalty is deeply aligned with our core missions, to fight for human rights over property interests. Prison abolition and abolition of capital punishment are linked--both in terms of how prisons and capital punishment develop as tools of social control and in terms of how both reflect the pathology of race in the America. Expanding our own skill sets and becoming more active in capital litigation, we can build coalitions with others already engaged in capital defense work.

There is much more to do. As the right-wing furthers its grip over the federal judiciary, the pace of executions will quicken, and our skills and political analysis will be in demand more and more in coming years. Hopefully, Gregory offers an example of how to move forward in what appears to be a bleak period nationally.

Neil Fox is a criminal defense lawyer in Seattle, Washington. Along with Lila J. Silverstein, he was counsel of record for the appellant in State v. Gregory, 427 P.3d 621 (Wash. 2018).