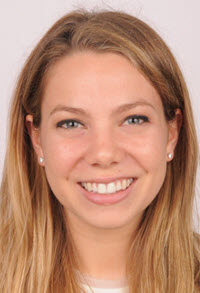 Keith Tharpe is an African American inmate on Georgia's death row. Nearly thirty years ago, a jury found him guilty of capital murder and sentenced him to death. Over seven years later, Tharpe's attorneys discovered that one of his jurors, who was white, harbored deeply racist views in connection with his vote for Tharpe's death. Since then, Tharpe has attempted to challenge the “familiar and recurring evil” that tainted his death sentence: racial bias. However, his claim has never been evaluated due to procedural bars. Earlier this year, Tharpe made a final request for the Supreme Court to reverse the procedural rulings of the lower courts, but the Court denied certiorari.

Death is a punishment that differs from all others not in degree, but in kind. Accordingly, the Constitution requires that capital juries consider defendants as “individual human beings” rather than “members of a faceless, undifferentiated mass.” Tharpe's juror contravened this principle. In a signed affidavit, he stated that “there are two types of black people,” using a racial slur to categorize one, and calling the other “good black folks.” In his view, Tharpe did not belong in the “good black folks” category and “should get the electric chair for what he did.” In contrast to the Constitution's mandate that capital juries contemplate the “compassionate or mitigating factors stemming from the diverse frailties of humankind,” Tharpe's juror explicitly wondered whether black people have souls.

Justice Sotomayor concurred in the denial of certiorari, writing separately to caution that we “not look away from the magnitude of the potential injustice that procedural barriers are shielding from judicial review.” In light of Tharpe's case, this contribution maintains that procedure must yield to substance where explicit racial bias in a capital jury may have contributed to a death sentence.

Tharpe's case, and others this year, illustrate that the Supreme Court will likely continue its trend of placing high value on procedural concerns in capital cases. In 1981, Wilbert Evans was convicted of capital murder and sentenced to death based on one aggravating factor: the jury's determination that if allowed to live, Evans would pose a serious threat to society. This finding was tested a few years later when Evans protected guards and nurses during a prison riot. However, the State's “interest in procedural finality” trumped the guards' affidavits describing how Evans saved their lives. Nearly forty years later, in 2019, the Court held that the Eighth Amendment does not guarantee an inmate a painless death. In that case, Justice Gorsuch found that the important interest in timely executions had been frustrated. In dissent, Justice Sotomayor responded: “There are higher values than ensuring that executions run on time;” if a death sentence “violates the Constitution, that stain can never come out.”

Capital murder is a heinous crime, and Tharpe's murder of his sister-in-law is no exception. However, “our law punishes people for what they do, not who they are.” Where racial prejudice improperly influences a death verdict, the procedure must yield to review of the merits. The death sentence that has the potential to be “dead wrong is no less so simply because its deficiency is not uncovered until the eleventh hour.”

Grace Manning is a juris doctor candidate at Georgetown University Law Center, with expected graduation in 2020