What Were “They” Thinking, and Does it Matter? Structural Inequality and Individual Intent in Criminal Justice Reform

Excerpted From: Hadar Aviram, What Were “They” Thinking, and Does it Matter? Structural Inequality and Individual Intent in Criminal Justice Reform, 45 Law and Social Inquiry 249 (February, 2020) (Full Document) 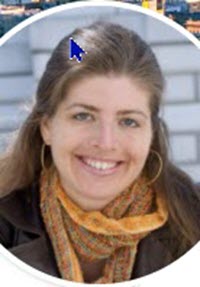 In Visions of Social Control (1985), criminological giant Stanley Cohen set out to identify the processes that led Western industrialized societies to fundamentally shift their patterns for controlling deviance. These processes, Cohen explained, consisted of increased state involvement in the response to deviance, increased classification of deviants, increased segregation into total institutions, and the decline in the infliction of bodily pain. The transition to incarceration as the reigning social control paradigm was largely complete by the nineteenth century.

But Cohen offered not only his take on the process, but also a taxonomy of other scholarly explanations.

The accounts of the shift toward incarceration-based social control fell, in his analysis, into three templates:

Uneven Progress: The first of the three accounts tells the story of the shift as proceeding along an “arc of progress.” Uneven progress narratives portray the intentions of actors in the criminal justice system as overall benign and aimed toward reform and improvement. This account portrays reform efforts as yielding improvements in social control; our ideas of appropriate punishment become more humane and sophisticated, and the occasional misstep along the way eventually course corrects itself.

Good (but Complicated) Intentions--Disastrous Consequences: Narratives of this genre perceive reformers as moved by notions of enlightenment and benevolence. While the reformers' motivations are taken at face value, the narratives critically situate them in their place and time, reminding readers that reformers' ideas of welfare were sometimes misguided by paternalistic perceptions of what was best for the underclass. In these narratives, despite the reformers' benevolent motives, things go awry along the way; the original values that shaped the reform become diluted and the original plan is undermined by managerial and practical goals. Cohen saw David Rothman's The Discovery of the Asylum (1971) and Conscience and Convenience (1980) as the perfect example of this family of narratives: in Rothman's account, well-meaning people sympathetic to the plight of the underclass created asylums and prisons as means of helping the fallen and disenfranchised rise above their circumstances, but political and administrative challenges generate institutions that achieve the opposite. Other books along the same vein, which are more explicit than Rothman's in their critique of the class underpinnings of paternalistic benevolence, are Ruth Rosen's The Lost Sisterhood (1982) and Anthony Platt's The Triumph of Benevolence (1972).

Finally, according to the Discipline and Mystification genre of accounts, the system of incarceration exists not despite the intentions of its creators, but because of them. In other words, the systems do exactly what they are designed to do: control and repress the underclass, produce and train disenfranchised and docile workers for the capitalist machine, and maintain false consciousness about humanitarian progress and reform. The best representations of this trend, argued Cohen, were Marxist criminologists like Gregg Rusche and Otto Kirchheimer (1939), for whom the structure of punishment was merely a response to the labor needs of the market; Dario Melossi and Massimo Pavarini's The Prison and the Factory (1978), whose analysis treads similar ground but focuses on the carceral trend; or post-structuralist thinkers like Michel Foucault (1979), for whom modernization set the stage for a new era of gazing, measuring, and normalizing people as governable subjects. These and other works, when seen against the backdrop of their less critical contemporaries, were deemed revolutionary then, but in the context of today's literature might appear almost tame (Rubin 2019). This paradigm is a much more cynical view than the one espoused by the “Good Intentions - Disastrous Consequences” model: the deplorable outcome in terms of social control is not an unexpected byproduct of misguided implementation, but rather the perfect realization of the nefarious intent underlying the system: a mechanism that allows inequality to crystallize, prevail, and worsen.

In 1915, Edgar Rubin created an intriguing visual illusion, the face/vase, an image that can be perceived either as a vase or as two faces in profile, facing each other (Rubin 1915). What is remarkable about the face/vase illusion is that anyone can see the image as either faces or a vase, but not simultaneously. Later research shows that different regions of the brain are involved in each of these perceptions: the fusiform face area, which is responsible for facial recognition, becomes activated when a person perceives the two faces, and remains inactive when the same person perceives the vase (Andrews et al. 2004). Reading much of the recent literature on mass incarceration--with notable exceptions such as Forman and, to a lesser degree, Schoenfeld--suggests that Cohen's last two categories are like this illusion. One can either focus on the individuals at the microlevel, examine them on their own terms, and see their complicated set of motivations and the expected and unexpected outcomes, or focus on structural inequality, racism, and neoliberalism, and see the outcomes as inevitable and stemming from these inherent social ills. For cultural and epistemological reasons, the field's collective brain has a bias in favor of perceiving macroexplanations--sometimes by rejecting individual-level analyses as naïve and sometimes by not seeing the relevance of individual-level analysis at all in light of the insurmountable structural problems.

Cohen's analysis in Visions of Social Control is a case in point. His narrative clearly favors the “discipline and mystification” framework, especially when presenting the “widening the net” problem. As Cohen posits, a policy ostensibly aimed at reducing incarceration by introducing methods of noncarceral community supervision resulted instead in an overall dramatic increase of the people caught in the system's net. Indeed, Cohen finds the need to address policymakers on their own terms irrelevant to his scholarly project. He relies on an analogy by Saul Alinsky, telling of a fisherman who sees a body floating down the river. The fisherman jumps into the water downstream and give mouth-to-mouth resuscitation to the body, but as he does so he sees more bodies floating downstream. Should he remain downstream and do what he can to help the bodies floating down or go upstream to find out who is pushing people into the river? Cohen is refreshingly honest when he says:

Aesthetically, I am closer to the traditional and privileged academic position. Despite the occasional psychic discomfort this entails, I am convinced that the role of the sociologist of crime and punishment is no different from that, say, of the sociologist of religion. We should not be priests, theologians or believers, and social scientists who have taken up equivalent positions in regard to crime are misguided. This is not to say that we can ever produce knowledge uncontaminated by power, nor that we should not be concerned with the analysis of power. But it is simply not our professional job to advise, consult, recommend, or make decisions. Flattering and tempting as these tasks might sound, they belong to others ... technichist criminology is not the object of [my inquiry] ... not just the well-meaning activist but also the intellectual observer ... has to be interested in the bodies floating down the river. Part of intellectual work is to clarify the implications of your analysis. That is, to try to understand the type of differences which do make a difference. While my sociology draws me upstream, and to the public issues, my pragmatism directs me to the drowning bodies, the private troubles. But leaving aside such pragmatic considerations, it is a simple matter of intellectual integrity and honesty to clarify the policy implications of social-problem analysis. (238) But he tellingly adds:

The point is to clarify choices and values. And also to search our own stories for the same type of hidden agendas, deep structures and domain assumptions we so readily detect in the stories which others tell. (ibid.) Many punishment and society scholars attempt to engage in two seemingly incompatible tasks: studying the macrolevel causes of mass incarceration can lead to despair, because of the persistent confirmation of intractable systemic problems. Getting into the stream to offer guidance and advice to the world as it tackles microlevel problems, however, requires assuming a more flexible model of agency. The politicians, reformers, journalists, and criminal justice actors that academics encounter treading this path are complicated people with a multiplicity of motives and opinions, and taking these actors at face value while admitting the complexity, rather than negating their agency and seeing them as part of the giant machine, is a path that has the potential boon of coalition-building, nuanced dissemination of knowledge, and hope. It is hard to see the face and the vase at the same time. But writers can alternate between the two, as Forman and Schoenfeld so nicely demonstrate, and given the realities that punishment and society scholars face and write about, that is perhaps the imperative of our times.