The Discriminatory Executive, the Rule of Law and the Impact on Arab and Muslim Americans 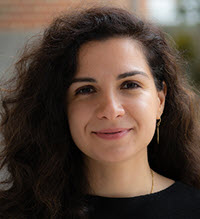 In a world where Congress and the courts have become less effective at checking presidential power, it is critical to find other ways of restraining the executive. For some scholars, politics and the rule of law provide this alternative route. According to this view, substantive and procedural law, as well as internal executive branch rules, combine with popular political mechanisms, such as elections, to check the presidency. This theory holds appeal for the national security sector where Congress and the courts have notoriously failed to check executive power that often undermines individual rights. Unfortunately, the theory rests on a false premise--namely, that the rule of law necessarily works hand in hand with politics. This Article argues that the relationship is more complex. Depending on a variety of factors, law can either lead to or undermine accountability for executive action. Executive programs that discriminate against or have other negative effects on communities of color highlight this complexity. Focusing on the national security sector, this Article explains how the rule of law can either promote or undermine political accountability for executive action that impacts minority communities. Based on these insights, it suggests several solutions to help ensure law and politics better restrain executive programs that disproportionately discriminate against these communities.

To explore these issues, this Article compares several domestic national security programs that affect minority communities either exclusively or alongside other groups. These programs, which are mostly facially neutral, comply with the rule of law. They are also ideal candidates for executive accountability since they bolster presidential authority and threaten individual rights no matter who is impacted. These rights-eroding, executive-emboldening programs are precisely where law should work with politics to restrain executive power. However, these restraints do not always materialize.

The first group of initiatives--and the primary focus of this Article--consists of national security programs that are facially neutral but disproportionately impact Arab and Muslim Americans, a disfavored minority community that makes up a small subset of the U.S. population. These programs are represented by the FBI's domestic surveillance initiative and criminal laws prohibiting “material support” for terrorism, as well as their private analogues. Though these programs are consistent with the rule of law, they have generated little to no political accountability for the executive. The second group of programs is composed of initiatives that also disparately impact Arab and Muslim Americans but are broadly viewed as explicitly discriminatory. They are represented by the Trump Administration's travel ban against various countries with Muslim majorities or substantial Muslim populations (“Muslim Ban”). These programs, which are also consistent with the rule of law, have inspired political efforts to restrain the President. The third group of programs consists of initiatives negatively affecting the rights of many Americans, including Arabs and Muslims. They are represented by secret mass surveillance under Section 215 of the USA PATRIOT Act and Section 702 of the 2008 Amendments to the Foreign Intelligence Surveillance Act (FISA) (collectively “Section 215 and 702 surveillance”), both of which amended FISA. Like the Muslim Ban, these legalistic programs have generated political checks on the President. The fourth and final group of programs consists of initiatives that negatively impact a diverse but small group of individuals including various communities of color as well as non-identitarian groups focused on social justice issues. They are represented by the Trump Administration's efforts to commandeer private land to build a wall along the Mexican border (“Border Wall” or “Wall”). As with the Muslim Ban and Section 215 and 702 surveillance, these efforts are consistent with the rule of law and have inspired political backlash against executive power.

Law plays a crucial role in determining whether rights-eroding, executive-emboldening programs like these generate political accountability on behalf of communities of color. To appreciate this dynamic, it is necessary to understand how the “rule of law” and “political accountability” are commonly understood and how they relate to a concept this Article terms “social cohesion.” Political accountability refers to the extra-congressional ways in which members of society ensure government is responsive to their interests. It includes public opinion, civic organizing, and elections. The success of these accountability efforts depends, in turn, upon social cohesion. Social cohesion is the process by which different individuals and communities join together politically to support or advocate for a particular objective. This cohesion can involve intergroup convergence on material and/or moral interests. It can also involve minorities working with the white majority, other minority groups, or social justice groups to realize their goals.

The domestic national security programs discussed in this Article reflect these dynamics. The rule of law undermines social cohesion and political accountability for FBI surveillance, the material support statutes, and their private analogues, which align with social perceptions about Arabs and Muslims without negatively impacting other groups. In the United States, Arabs and Muslims are politically marginalized and socially disfavored, in part, because they are stereotyped as terrorists and viewed as threats to U.S. national security. FBI surveillance, the material support statutes, and their private analogues reinforce these perceptions in a facially neutral way that is generally accepted within society. This undermines social cohesion between Arabs and Muslims and other members of society who are unaffected by these initiatives and unlikely to politically mobilize with this marginalized group. As a result, political accountability for these programs becomes unlikely.

By contrast, law facilitates social cohesion and political accountability for the Muslim Ban because it is viewed by many members of society as explicitly discriminatory. Explicit discrimination--discrimination overtly embodying negative views or treatment of a particular group or individual due to their membership in that group generally seen as socially unacceptable and offensive even when a disfavored minority community is disproportionately affected. This discrimination generates social cohesion between Arabs and Muslims and other members of society who are unaffected but also offended by this discrimination. Law also facilitates social cohesion and political accountability for Sections 215 and 702 surveillance and the Border Wall, which negatively impact diverse groups. While minorities are also affected, the broad adverse consequences of these programs create a common interest in checking executive action.

In addition to illuminating the rule of law's effects on executive accountability, this Article's comparative approach adds nuance to the standard account in legal scholarship that majoritarian politics necessarily undermine minority rights and interests. As it demonstrates, laws that are explicitly discriminatory or that negatively affect the rights and interests of a small but diverse array of actors can lead to executive accountability, whether or not the white majority or its material objectives are substantially implicated.

This Article proceeds as follows. Part I examines the scholarship on executive power, the rule of law, and politics. It challenges the assumption that law necessarily supports political efforts to check the President. Instead, it argues that law often undermines political accountability where it is most needed. In presenting these arguments, this Part briefly explores two other strands of scholarship: first, on the rule of law and what it requires, and second, on the disproportionate impact national security programs have on Arab and Muslim Americans. As this discussion demonstrates, legalistic programs that bolster executive power, threaten individual rights, and discriminate against minority groups do not necessarily lead to political restraints on the executive, especially in the national security sector.

Part II analyzes several national security programs that disproportionately affect Arab and Muslim Americans--FBI surveillance, material support cases, and their private analogues--and establishes their rule of law credentials. Since 9/11, the FBI has developed extensive domestic intelligence gathering practices for counterterrorism purposes. These practices, which give the FBI broad powers to surveil Americans, raise constitutional concerns but are still compliant with the rule of law. Supporting these efforts are various initiatives, primarily developed by the Department of Homeland Security (DHS), urging citizens to surveil one another. These citizen-on-citizen monitoring efforts are similarly compliant with the rule of law but further bolster executive surveillance powers and their rights-threatening effects. These initiatives include the See Something, Say Something program, which urges members of the public to report “suspicious” activity to law enforcement, and the Countering Violent Extremism Program (CVE), which calls on communities to monitor their members for signs of “radicalization.”

As for material support, these laws, which prohibit a broad range of support for terrorist groups or activities, give the executive substantial authority to prosecute terrorism-related crimes. As defined by statute, material support includes a host of nonviolent activities ranging from monetary assistance to educational training. Pursuant to two criminal statutes, 18 U.S.C. § 2339A and 18 U.S.C. § 2339B, the government prosecutes individuals providing this prohibited support. While these cases often threaten civil liberties, they are rule of law compliant. These prosecutions are complemented by two civil laws encouraging private individuals to also bring suit against those materially supporting terrorist groups or activities. These are the private right of action under the Antiterrorism Act of 1992 (“ATA”), 18 U.S.C. § 2333, and the terrorism exception to the Foreign Sovereign Immunities Act of 1976 (“FSIA”), 28 U.S.C. § 1605A. As with citizen-on-citizen monitoring programs, these tort suits indirectly aggrandize executive power in ways that raise civil liberty concerns without violating the rule of law.

Part III examines why political accountability for these discriminatory programs has been elusive, and compares these programs to legalistic national security initiatives that also bolster executive power and erode individual rights but have generated political checks on the executive: the Muslim Ban, Section 215 and 702 surveillance, and the Border Wall. It demonstrates how some of these accountability efforts have occurred even though the white majority and/or its material interests have not been substantially involved.

Applying insights from this comparative approach, Part IV presents three possible solutions to the accountability problems facing FBI surveillance, the material support statutes, and their private analogues. The first strategy calls for an end to the discriminatory national security programs discussed in this Article. The second allows these programs to continue but calls for their civil liberty problems to be addressed. The third strategy calls for both fixing their civil liberty shortcomings and applying these programs more broadly across American society. A brief conclusion follows.

Recent events are a reminder of the executive's expansive authority. At a time when judicial and congressional checks on that power are less than robust, this Article aims to prompt additional scholarly work on the ways law can effectively support political restraints on the executive's national security authorities--especially for communities of color. Its insights may also apply outside the national security sphere. The rule of law's discriminatory impact reaches deeply into American society, as underscored by police brutality against Black and Brown communities. Here, too, judicial and legislative checks have been elusive or ineffective. Understanding law's effects on politically restraining executive power--whether at the federal, state, or local level--may prove useful in addressing this systemic crisis.

As the FBI's surveillance programs, material support cases, and their private analogues demonstrate, facially neutral laws that expand executive power and undermine civil liberties while targeting marginalized communities undermine the social cohesion necessary to keeping a powerful executive in check. At the same time, laws that are explicitly discriminatory or that negatively impact the rights of large or small but diverse groups can generate political accountability for executive action--as evidenced by the Muslim Ban, Section 215 and 702 surveillance, and the Border Wall controversy. These political accountability efforts can materialize even if the majority and/or its material interests are not substantially involved.

These insights add nuance to the canonical view of majoritarian politics, while also presenting potential solutions for fixing the accountability problems facing facially neutral national security laws that disproportionately impact Arab and Muslim Americans. These solutions will likely require drastic action that may mean either abolishing these programs altogether or accepting troubling consequences that may violate the rule of law itself. Reckoning with law's potentially corrosive impact on political accountability requires that we at least entertain these possibilities, in the hope that dramatic action taken now will lead to better outcomes for all Americans in the future.