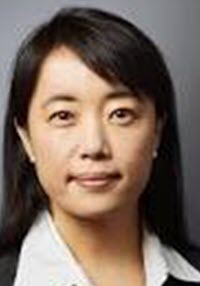 We write as authors of The Dangerous Case of Donald Trump, which arose out of our professional response to a medical need. The public-service book predicted much of the course of the current presidency and has received high acclaim among our peers and the public; we have removed conflicts of interest by donating all revenues to the public good.

The Special Counsel's report provides an uncommon wealth of information regarding the President's mental capacity, begging for a mental health interpretation. Pursuant to our ongoing, primary professional responsibility to society to protect public health and wellbeing, and to warn against potential dangers to the public's safety and security, we have embarked upon this report.

Mental capacity refers to the mental soundness that is necessary to fulfill a task and is a fundamental and necessary component of fitness for duty. It is a functional, not a diagnostic, assessment, focused less on the President's personal mental health than on his capacity to fulfill the duties of his office as observed by co-workers and close associates. The information in the Special Counsel's report, deriving from multiple sources under sworn testimony, yields an assessment with uncommonly high confidence.

We found evidence in the report of:

1. Compromises in comprehension, or inability to take in critical information and advice;

2. Faulty information processing, in the form of mendacity, rigidity, self-occupied notions of "fairness," and poor memory;

3. Interferences to sound decision making, including loss of impulse control, recklessness, and inability to consider consequences; and

4. Proneness to placing himself and others in danger, including encouraging, recommending, or inciting violence on the part of his followers.

Specific examples are in the body of the report.

In summary, we believe that the preponderance of evidence overwhelmingly supports the conclusion that this President is incapable of making sound, rational, reality-based decisions free of impulsivity, recklessness, paranoid and other demonstrably false beliefs, with most notably an absorption in self- interest that precludes the consideration of national interest. These characteristics not only affect the overall unfitness of this President; they also indicate a profound danger to national and international security in the nuclear age. Whereas we would still like to see the results of a proper, in-person evaluation, as stated above, a personal interview does not necessarily yield the most useful information in a functional assessment. In fact, we believe that we already have enough information to conclude that the President lacks the mental capacity to discharge the duties of his office, and that his incapacity in these respects represents a profound risk to public health and safety.