Alienable Citizenship: Race, Loyalty and the Law in the Age of ‘American Concentration Camps,’ 1941--1971

[No person shall] be deprived of life, liberty, or property, without due process of law; nor shall private property be taken for public use, without just compensation. Constitution of the United States, Amendment V

Whenever there shall be in existence . . . an [internal security] emergency, the President, acting through the Attorney General, is hereby authorized to apprehend and by order detain . . . each person as to whom there is reasonable ground to believe that such person probably will engage in, or probably will conspire with others to engage in, acts of espionage and sabotage. Emergency Detention Act § 103(a) (1950) 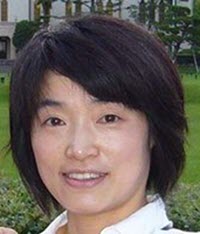 For two decades during the early Cold War period, the U.S. government had legal authority to detain citizens without due process. On September 23, 1950, Congress passed the Emergency Detention Act (Title II of the Internal Security Act of 1950). The Emergency Detention Act (or “Title II”) authorized the President to proclaim the existence of an “internal security emergency” in the event of war, invasion, or insurrection in aid of a foreign enemy. Upon such a declaration, the Attorney General was authorized to apprehend and detain any person who the government believed probably would engage in espionage or sabotage. Pursuant to Title II, the Department of Justice constructed six detention camps in 1952. The law was officially repealed in 1971.

Title II was one of numerous laws reflecting the federal government's attempts to control national and internal security threats at the expense of civil liberties. The statute, however, had a characteristic that distinguished it from other pieces of legislation that restricted citizens' liberty for the nation's security: Title II embodied the idea of preventive detention.

Preventive detention logically contradicts the Fifth Amendment, which prohibits the deprivation of individual liberties without due process. It restricts individual freedom based on future actions such persons might take that would threaten national security. It differs from criminal punishment, which is based on criminal activity that has already taken place. In preventive detention, an individual is not tried beyond a reasonable doubt, the principal guideline for due process in criminal trials. It also differs from military tribunals or enemy combatant cases because the apprehension involves civilians who are not necessarily involved in military or pseudo-military actions. Finally, preventive detention requires special detention facilities, or concentration camps, to house those who are apprehended, instead of prisons that jail people found guilty and sentenced in criminal trials.

In the legal landscape, preventive detention lies at the outer edge of constitutional protection of civil liberties. The legitimacy of detention depends heavily on the government's discretion, and is acceptable, if ever, only when there is grave danger to national or internal security. Political scientist David Campbell points out that “for the state, identity can be understood as the outcome of exclusionary practices in which resistant elements to a secure identity on the ‘inside’ are linked through a discourse of ‘danger’ with threats identified and located on the ‘outside.”’ In preventive detention, a discourse of danger places the detainees outside the constitutional realm, and thus justifies their detention before they conduct any illegal actions, notwithstanding Fifth Amendment protection. Thus, preventive detention is a useful site to examine American identity, which Campbell argues is “performatively constituted” through the inscription of boundaries that “demarcate an ‘inside’ from an ‘outside,’ a ‘self’ from an ‘other,’ a ‘domestic’ from a ‘foreign.”’

To see how the concept of citizenship can be manipulated through the construction of physical or potential concentration camps, this paper looks at the connections between three historical moments of national crisis: the internment of Japanese Americans during World War II, the passage of Title II in 1950, and the repeal of Title II in 1971. The construction of concentration camps for Japanese Americans not only deprived the inmates of their civil liberties, but also became an entrée for the creation of a concentration camp law, authorizing the government to detain any person it thought might be disloyal to the nation. A careful analysis of rhetorical connections between internment and Title II reveals that the former shifted America's discursive national border, from nationality to race, and then to loyalty. Preventive detention and its physical embodiment--concentration camps-- constitute a legal borderland in which certain individuals are marked as insiders, or true citizens who deserve constitutional protection, while others are branded as outsiders whose citizenship rights can be voided despite their American nationality. This study also demonstrates that the boundary is murky and fluid, shifting between different categories depending on the political context of the time.

A genealogy of Title II reveals that lawmakers modeled this legislation after laws promulgating Japanese American internment. An analysis of the connection between these two initiatives elucidates the complex ways in which the legacy of internment shaped Americans' perception of Title II. Internment was an unprecedented military measure as it rounded up potentially disloyal civilians and put them in camps without trials. The military's internment of all persons of Japanese ancestry on the West Coast indicated that race marked the border between enemies and citizens. By detaining American citizen Nisei (second generation Japanese Americans born in the United States) along with alien Issei (first generation Japanese American immigrants), internment posed a peculiar problem regarding the national boundary vis-à-vis the question of whose constitutional rights were sacrosanct and whose were violable. Internment made it clear that legal nationality did not guarantee constitutional protection of civil liberties. When the policy was legally challenged, however, the Court, in the process of upholding the government's argument on military necessity, shifted the rationale for internment from racial discourse to the discourse of loyalty. This loyalty rationale, in turn, opened the door to another type of human rights violation based on the category of loyalty and again excluded citizens from constitutional protection.

In 1950, when Congress passed Title II, lawmakers were aware of the injustice involved in mass incarceration based on race or ancestry. Detaching the concept of loyalty from that of race and nationality, Congress legalized the construction of concentration camps in which citizens could be detained on the basis of the federal government's suspicion about their future involvement in subversive activities. During the late 1960s, Americans again debated Title II and collectively decided that concentration camps did not comport with American legal norms. Japanese Americans led the campaign to repeal Title II, which was crucial for the passage by Congress in 1971 of the “Non-Detention Act” that prohibited preventive detention of citizens.

This history needs to be told particularly at the present moment, when the United States is again experiencing serious anxiety about national security because of the “war on terrorism.” The Uniting and Strengthening America by Providing Appropriate Tools Required to Intercept and Obstruct Terrorism Act (hereinafter “USA PATRIOT ACT”) grants the government a broad set of emergency powers that could restrict citizens' and aliens' civil liberties. These powers include: detention of aliens for an indefinite length of time; investigation of banking, library, and merchandise purchase records; and interception of personal communications. Moreover, security tensions in the post-September 11th era resurrected the term “enemy combatant” as a category that allowed the government to detain people without due process. Racial profiling, detention and deportation of unaccounted numbers of Middle Eastern immigrants, and the government's increasing appeal to patriotism reveal the fragility of civil liberties in times of crisis. The distinction between “us” and “them” is still based on race, nationality and loyalty.