From Black to White and Back Again 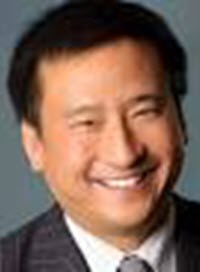 Ian Fidencio Haney Lopez has written a great book. White By Law: The Legal Construction of Race deserves the highest praise that his colleagues in the academy can give a scholarly study: sympathetic readers and reviewers may be prompted to say, “I wish I'd written that.”

Haney Lopez's book is perhaps one of the finest works yet produced by the Critical Race Theory (CRT) movement. Most importantly, it opens a new set of inquiries for future research. Like the best theoretical studies, it contains great potential for practical reform efforts. And like the most persuasive progressive politics, it is based on compelling evidence.

This essay discusses White By Law in relation to an emerging body of Asian American legal literature. It consists of three parts. Part I summarizes the descriptive sections of White By Law. Those chapters concern late nineteenth and early twentieth-century case law interpreting the term “free white person,” which was a pre-requisite status for anyone wishing to naturalize as a United States citizen. This line of legal analysis culminated in a pair of contradictory Supreme Court decisions reinforcing the racial bar against Asian immigrants. Part II analyzes the normative sections of White By Law. Those chapters present the case for a sophisticated form of color-consciousness coupled to a renunciation of whiteness as a privileged status. Part III suggests that Asian immigrants and Asian Americans have been both black by law and white by law at different moments and for varied reasons. The analysis offered in White By-Law can be extended to show that the Asian American community's experience in negotiating the color-line undermines racial privilege, even while many individual Asian Americans attempt to assimilate into an ideal of whiteness.

I'd like to end with a personal anecdote which shows how White By Law is increasingly relevant in a diverse society. As an assistant professor of law at Howard University, I am reminded of the importance of race every morning when I arrive at work. While I have the privilege of being the first Asian American on the faculty at the school of law, Howard has been for more than a century the leading institution in the United States for the education of black lawyers.

Since becoming a member of the academy this past autumn, I often have been asked what it is like to be a minority at a historically black university and whether my decision to come here serves as some sort of ideological statement. The people who ask about being an Asian American at Howard are almost always sincere and well-meaning. Despite their common curiosity, they are of diverse racial backgrounds. Most are white, some are black, and a few are Asian Americans. After awhile, though, their repeated inquiries started me thinking. More than might be meant by each individual asking the question, I believe that the inquiries collectively reflect the invisible but powerful influence of race on our perceptions.

When I was considering where I should begin my teaching career, nobody thought to ask, “Well, what will it be like to be the only Asian American at a white school?” Of course, that would have been true of every law school with which I had interviewed. The majority of the 175 law schools in this country have never had an Asian American professor. And after they hire one, who knows how long it will be before they hire another?

Yet, I wonder if many people who are white--or, for that matter, Asian American--look at a law school that has a student body that is predominantly white and a faculty that is almost exclusively white and see it as a “white” law school. Indeed, I doubt that anybody would believe that joining the faculty at such a “white” law school represented as much a political choice as a politic one.

Perhaps we all have an unconscious bias toward assuming that white society is not only the majority culture but also the ideal culture. The ambitious Asian American, like the ambitious African American, is expected to assimilate into white culture. Ironically, institutions that are perceived as black can be more integrated than institutions that are thought to be racially mixed.

When I look out at the classroom, I see a half-dozen white faces among the 50 students; when I attend faculty meetings, I see that same number of whites among my two dozen or so colleagues. These numbers of whites are equal to if not greater than the number of blacks found at most mainstream institutions. However, I don't believe that the black and white schools are exact mirror images. Their situations are different. Historically, black institutions such as Howard came into existence because blacks for the most part were denied an opportunity for education elsewhere. The same cannot be said of white institutions, many of which were segregated either by law or in practice.

Because of the unique role of historically black institutions, I am convinced that there is a value to having a place where African Americans can be in the majority rather than the minority--in numerical terms as well as leadership positions. If everything were integrated, individual African Americans (not to mention Asian Americans) would be perpetually alone among a group of whites. The effect is so overwhelming that only from the outside--or when the roles are reverse--is the identity of whites as a community even noticeable. So that I am not misunderstood, I should make it clear that I value integration. My personal opinions on race have progressed only when I have sought out new experiences.

As I finish my first year teaching, I realize that I have learned as much as I have taught. I also have realized that we all have much more to learn in race relations. It is in this context that I have read Haney Lopez's book. As a teacher and student of the law, I value his work. He has provided a primer on the development of white supremacy in one of its subtle and also pervasive forms. Furthermore, he has opened a discussion of the meaning of citizenship, community and civil rights, as a related set of concepts. Finally, he has called into question the cliched platitude that anyone can become an American, both its truth as a matter of historical fact and its meaning as a matter of contemporary politics. Whether his conclusions are accepted his challenge should be taken up.

Haney Lopez calls upon white Americans to renounce racial privilege. I join him in asking Asian Americans to do the same.