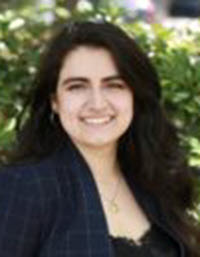 The coronavirus pandemic has disproportionately affected Native American communities. Unfortunately, the federally recognized Tribal Nations have been limited in their ability to implement mitigation measures within their own boundaries due to state interference and the tribes' historic lack of ability to regulate the behavior of non-tribal members within reservation boundaries in most situations. Since European colonization, Native Americans have struggled to maintain sovereignty over their land. The few land usage and sovereignty rights they initially maintained through various treaties have often been eroded by various contracts and legislation, often not in good faith. This lack of ability to fully self-govern, combined with what some Native Americans categorize as a lack of promised support and resources from the government, has contributed to high rates of long-term health issues like diabetes and heart problems in Native American populations.

The COVID-19 pandemic exasperated these issues and brought them to the forefront of the public's awareness as a result. According to the Centers for Disease Control and Prevention (CDC), American Indians and Alaskan Natives appear to be disproportionately affected by the pandemic. The cumulative incidence of laboratory confirmed COVID-19 cases among Indigenous Americans was 3.5 times than that among non-Hispanic white people. Surprisingly, even though American Indian and Alaska Native persons account for just 0.7 percent of the United States population, an analysis indicated 1.3 percent of the COVID-19 cases reported to the CDC with known race and ethnicity were of American Indian or Alaskan Native peoples. In South Dakota, Native Americans, which include the populations of nine federally recognized tribes, account for nine percent of the population. Yet, as of June 2021, they accounted for 13 percent of all COVID-19 cases and 15 percent of deaths. Native Americans also disproportionately suffer from conditions that the CDC asserts definitively put people in the “high risk” category for COVID-19.

In an effort to prevent rapid spread on their reservations, the Cheyenne River Sioux and Oglala Sioux set up traffic checkpoints on roads around the entry-points of their territories to track and potentially bar entry to their reservations. Despite backlash from local politicians, South Dakota Governor Kristi Noem took issue with the checkpoints, claiming they interfered with traffic and commerce. Noem wrote letters to the Cheyenne River Sioux and Oglala Sioux's leaders threatening legal action if the checkpoints were not taken down within 48 hours. She did not take legal action. This began a very public back-and-forth between the tribal leaders and the governor, which lead to no compromise. The checkpoints remained. Noem eventually wrote to the White House asking for aid in the matter, relaying to news outlets that the conflict over the checkpoints was then a federal issue.

The White House's resistance to recognize Native sovereignty is part of a historic reluctance and sometimes failure on the part of the government to uphold its end of treaty bargains. But, there has been a recent surge in popularity of the notion of construing some of the original treaties between the United States and Native Americans as intended. Justice Gorsuch recently utilized this approach in McGirt v. Oklahoma, where the Supreme Court affirmed that the original boundaries of 19th century treaties with the Creek Nation still stand, despite the government's allotment of the land and Oklahoma traditionally not recognizing those boundaries for criminal jurisdiction purposes. If this trend continues, it would grant Native American communities a higher level of sovereignty over the land that was subsequently taken away through other treaties, allotments, and unfair deals. This higher level of sovereignty is a crucial tool for Native American communities to have in the effort to mitigate the pandemic within their communities, especially if there is a continued lack of healthcare resources provided by the federal government. Congress should also enact legislation that provides guidance to Tribal Nations and states on the extent of tribal authority to regulate non-tribal member behavior within reservations to help slow the spread of the virus and better prepare for future outbreaks and variant surges.

This paper will first provide background for the series of events leading up the checkpoints and the Cheyenne River Sioux's filing of a complaint for injunctive and declaratory relief. Additionally, the paper will provide an overview of Chairman Frazier's implementation of the checkpoints, Governor Noem's complaints, and the public back-and-forth between the Cheyenne River Sioux Tribe and both state and federal officials.

The paper will then briefly explain the general history of Native American healthcare in the United States and of the treaties and subsequent tribal laws relevant to the Cheyenne River Sioux Tribe's claim. Then, the paper will discuss the federal tribal law implications of McGirt v. Oklahoma and other tribal case law trends. Lastly, the paper will discuss recommendations for steps the United States can take to alleviate the disproportional burden the coronavirus pandemic has caused to Native American communities.

The coronavirus pandemic has highlighted the inequitable and unjust treatment of Native Americans in a profoundly destructive way. Lawmakers and politicians are now unable to continue to ignore the disparities in healthcare resources and funding provided to Native Americans communities. Hopefully, there will now be a greater public push for the United States to adequately provide healthcare to Native American communities, but it is unfortunate it took a global healthcare crisis for these issues to be addressed.

However, these disparities are not only an issue of underfunding. The underfunding is part of a larger issue of the United States traditionally ignoring or failing to adequately fulfill its treaty obligations to the Tribal Nations when those obligations become inconvenient.

Tribal Nations should be at the very least provided with the tools to adequately protect themselves internally, especially if the United States continues to inadequately protect and support Native American communities in the pandemic. This is only possible with both a congressional and judicial recognition of an increased degree of sovereignty over both reservation land and the non-Natives who live and move on reservation land.

The courts should rule in favor of the Cheyenne River Sioux Tribe and grant the Cheyenne River Sioux relief based on the precedent set by McGirt v. Oklahoma should it continue to trial. However, regardless of whether this case makes it to litigation and its potential outcome, this lawsuit and the preceding conflict has highlighted how incredibly vulnerable Native American communities are in the face of a health crisis because of historic mistreatment and underfunding. It has also highlighted how difficult it is for Native American communities to mitigate these situations effectively themselves due to due their limited sovereignty. Now that these issues are being pushed to the front of the public consciousness, we can hopefully work towards making sure Native American communities are as safe and healthy as is possible within a pandemic.