The Coronavirus as a Changemaker: Opportunities to Advance American Maternal Care in the Wake of the Pandemic

Excerpted From: Rachel Anderson-Seller, The Coronavirus as a Changemaker: Opportunities to Advance American Maternal Care in the Wake of the Pandemic, 42 Columbia Journal of Gender and Law 1 (Fall, 2021) (374 Footnotes) (Full Document) 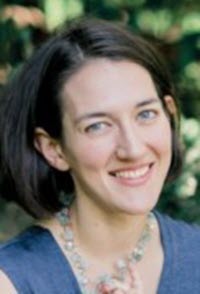 In February 2020, the National Academies of Sciences, Engineering, and Medicine released a landmark 352-page report entitled Birth Settings in America: Outcomes, Quality, Access, and Choice (hereinafter, “National Academies Report”). The National Academies Report, requested by the bipartisan Congressional Caucus on Maternity Care, found that many women do not have meaningful access to choice in birth setting. No birth, whether it takes place in a hospital, a freestanding birth center, or at home, is risk-free. However, women are prevented from assessing the various risks associated with each birthing location and then using that assessment to make their own informed decisions when their insurance restricts access to providers who practice outside of hospitals, or when their state law criminalizes the providers who would attend a community birth.

Later that same month, scientists began issuing ominous warnings of the new coronavirus, which was first discovered in China and began spreading during winter 2019. By March, the disease had arrived in full-force, and hospitals began to prepare for the impact. Hospitals' actions had direct consequences for pregnant and laboring women. Some hospitals completely shut down maternity wards in order to save space for COVID-19 patients. Others encouraged women to induce labor at thirty-nine weeks in a counterproductive effort to speed up birth (women whose labor is induced tend to spend more time in the hospital). Still others forced women to give birth alone--only revising their policies after receiving a governor's executive order forcibly separated women from their newborns. LaToya Jordan of Brooklyn gave birth in Long Island's NYU Winthrop Hospital on March 30, 2020. After she arrived to the hospital with a cough, the hospital tested her for COVID-19 and then immediately separated her from her husband for the duration of her labor. When her daughter was born, Ms. Jordan was not allowed to touch the baby or even remain in the same room with her.

In response to these draconian restrictions and out of fear of contracting the virus itself, women began looking to home birth. However, many states do not offer licenses to the midwives who would typically attend a home birth. In those states that do not offer licenses, midwives are subject to criminal prosecution, and families who wish to birth with a midwife at home have no method of verifying the midwife's training and credentials. Even in the states that do offer licenses, many do not authorize midwives to practice autonomously, which has the practical effect of restricting them to hospital settings.

Since the mid-18 century, physicians have been consolidating power at the expense of midwives and the women they serve. The United States has one of the highest levels of neonatal and maternal mortality of any high-resource country, even though the U.S. spends more than any other country on childbirth. Women have been engaging in a concerted effort since the mid-20 century to bring birth back to the community and reclaim their autonomy in the birthing process, but they have encountered many roadblocks along the way. The shift to hospital birth and the legal barriers to physiologic birth in a community setting are well-documented. This Note seeks to provide state-specific context for those barriers, which have persisted despite evidence that hospital birth is not necessarily superior, and presents the COVID-19 pandemic as a watershed moment that can and must lead to wide reform.

This Note begins in Part I by detailing the history of childbirth in the United States as well as the social and legal factors that contributed to its transition from the home, under the care of a midwife, to the hospital, attended primarily by physicians. Part II continues with modern definitions of midwifery credentials, an explanation of the benefits of midwifery care and community birth, and the obstacles that birthing people face in securing a community birth for themselves. Each state has its own unique history of midwives and the efforts to regulate them. Part III of this Note presents a close look at the recent history of regulation in four states, selected for their diversity of regulatory schemes and populations. Part IV explains how circumstances have changed due to the COVID-19 pandemic and how this can be an opportunity for midwives and their supporters to increase access to midwifery care.

Women in the United States often do not have choices in birthing location, and 98% will give birth in a hospital where their ability to exercise autonomy during the birth process itself is further restricted. Regulations restricting the practice of midwifery, coupled with laws that do not allow midwives to be reimbursed for their services, contribute to the dominance of physician-attended, hospital-based birth. States need to make a number of statutory and regulatory changes to their maternal healthcare system, including creating a path to licensure for certified midwives and certified professional midwives; removing requirements for physician oversight; establishing autonomous Boards of Midwifery, which must have representation from all categories of licensed midwives; establishing systems of safe and respectful transfer of care between a community setting and the hospital; and requiring Medicaid and private insurance to reimburse midwives and birth centers. States should also recognize the historic marginalization of midwives and remove bureaucratic barriers that require midwives to prove themselves as a “new” profession.

The COVID-19 pandemic may be the seminal moment that finally leads to the change that midwives and their advocates need. Midwives report exponential increases in demand for their services, as women seek to avoid hospitals out of fear of the disease and fear of hospital-imposed restrictions on labor support. The marginalization of midwives over the past three centuries was made possible by fear, but midwives and their clients now have an opportunity to take advantage of changing perceptions and take back birth.