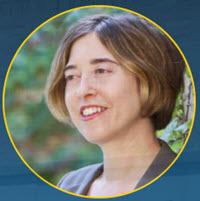 From the earliest days of the pandemic, it was clear that the novel coronavirus posed an outsized danger to the more than two million people locked inside America's prisons and jails. Responding to the risk, many public officials nationwide took modest steps to reduce the incarcerated populations in their jurisdictions. But these efforts, though welcome, were too minimal to make an appreciable difference. By summer, infection rates in state and federal prisons dwarfed national rates by a ratio of 5.5 to 1, and, accounting for age, people in prison were dying at three times the rate of society as a whole. And by October 2020, jail populations had begun to creep back up, prison releases had largely ceased, and few signs remained of a more robust decarceral strategy.

With the crisis still unfolding, we are only beginning to make sense of the overall impact of COVID-19 on the people who live and work inside American prisons and jails, and of what effect, if any, the pandemic will have on the nation's continued commitment to mass incarceration under unduly harsh conditions. In this Essay, I take stock of where things now stand. I also consider how we got to this point, and how penal policy would need to change if we are to prevent another round of needless suffering and death when the next pandemic hits. For those who have followed the law, policy, and politics of the American carceral system over the past 40 years, there are no surprises here. Our COVID response reflects callous indifference to the fate of people in custody, an attitude that has shaped the U.S. carceral experience since at least the Civil War and well into the “tough on crime” era of the late twentieth century. This normative foundation is impossible to disentangle from the structural racism that has driven the glaring overincarceration of African Americans and other people of color and helped shaped the brutality of the American carceral experience. These ideological forces, long productive of a national propensity to dehumanize the people we lock away, have collectively generated a persistent regulatory refusal across all branches of government to ensure meaningful protections for the incarcerated.

Like any long-lasting system, mass incarceration under inhumane conditions successfully entrenched itself in part by creating structural obstacles to doing things differently. When COVID appeared, we saw the power of this strategy manifest in real time, as even those individual officials motivated to mitigate the threat found themselves hampered by political dynamics and legal regimes constructed over decades to prioritize continued incarceration regardless of harm.

The picture, however, is not all bleak. Over the past few years, despite a seeming bipartisan consensus on the need for prison reform, the incarceration rate in most jurisdictions has remained stubbornly immovable. Yet since the pandemic hit in March 2020, at least 120,000 people have been released from custody. True, these reductions amount to only 5.6 percent of the roughly 2.15 million people behind bars nationwide as of March 2020, and are insufficient to allow corrections officials to get the virus under control, much less to definitively shift the United States away from its decades-long practice of mass incarceration. Still, the speed with which these releases were undertaken--the overwhelming majority took place between March and May--strongly suggests that, under the right conditions, significant decarceration is indeed possible.

COVID also offers an opening to reframe the political conversation around American carceral practice. Since at least the 1980s, the dominant political narrative around crime and punishment has been radically individualist, focused exclusively on the need to punish people who commit crimes and to protect society against further criminality. Not only has this orientation left us collectively unable to reckon with the socioeconomic drivers of criminal activity, but we have remained blind to the community costs of a default carceral response. Prison sentences cause harm not only to the individuals serving time, but also to their families and to the broader community. The same is true of pretrial detention. This pandemic has forced a collective recognition that what happens inside jails and prisons has serious repercussions for the health of the broader community. In this way, it has laid bare the folly of a penal model that measures public safety benefits solely in terms of crime reduction. What is required instead is a public health model that takes serious account, not only of traditional penological objectives, but also of the harm imprisonment inflicts on the incarcerated, on their families and communities, and on the nation as a whole.

This Essay has two primary aims: to describe the impact of COVID behind bars in the United States and the steps taken since March 2020 to mitigate the threat it poses, and to begin excavating the dynamics driving the failure of the official response. Part I explains why the incarcerated face an elevated risk of infection and potentially fatal complications from COVID-19. Part II describes the measures various corrections administrators took at the start of the pandemic to try to limit viral spread inside jails and prisons, and why, however well-intentioned, these measures were insufficient to bring the virus under control. Part III addresses the steps taken by public officials at all levels to reduce the number of people in custody and offers initial thoughts as to why, after a concerted push for releases on the part of many public actors in the first months of the pandemic, these efforts had already considerably slowed by the latter part of May 2020. (Here, the focus is primarily, though not exclusively, on the federal courts' nonresponse to urgent petitions from incarcerated plaintiffs.) Part IV draws on the work of the UCLA Law COVID-19 Behind Bars Data Project. It explores what the data shows regarding infection rates and COVID deaths in custody, describes the limits of the available data, and explains why the impact on people in jails and prisons is likely even greater than the official numbers suggest. Part V zeroes in on the culture of secrecy that American corrections administrators have long been empowered to cultivate regarding what goes on behind bars. It argues that this culture has exacerbated the threat COVID poses to the incarcerated as well as to staff, that such secrecy is at odds with the imperatives of a public institution, and that we need to replace the reigning default posture of concealment with an ethos of transparency. Part VI concludes with a call for a broad normative reorientation toward assessing carceral policy through a public health lens.

The carceral conditions that have made the pandemic dangerous for people in custody have been in place for decades. Long before anyone had heard of the novel coronavirus, American prisons and jails were overcrowded, unhygienic, and full of aging people with chronic illnesses poorly managed by medical and mental health staff, if they were managed at all. A thick veil of secrecy has consistently made it hard for advocates, lawmakers, journalists, or private citizens to get an accurate sense of what goes on inside. And in this sphere, deep regulatory failure has been normalized, as the various institutional actors with the legal authority, and thus a duty, to ensure basic protections for the incarcerated have routinely failed to fulfill their charge, instead displaying a callous indifference to the fate of the human beings we have locked away.

If COVID has taught us anything, it is that our collective failure to recognize the embeddedness of carceral institutions in the broader community and to ensure humane conditions for those individuals living inside is not only cruel but also self-defeating. When people are incarcerated, they do not disappear. Despite high walls, the facilities to which they are removed are still very much within society itself. Every day, residents cycle through Receiving and Release, family and friends of the incarcerated come inside to visit their loved ones, and staff and volunteers leave at the end of their shifts to return to their families and communities. Through these and other channels, what happens in prisons and jails cannot help but have a direct and often immediate impact on society as a whole. My own view is that, even were this not the case, we would still have a strong moral and constitutional obligation to ensure the safety and well-being of the people we choose to incarcerate. But one need not share this view to recognize the imperative of humane treatment. COVID makes clear what advocates for the incarcerated have long emphasized: mass incarceration under inhumane conditions harms everyone. Until we collectively recognize that carceral policy is a central determinant of public health, the American carceral system--and thus American society as a whole--will be as unprepared to address the next pandemic as it was to effectively manage this one.