Misuse and Abuse of the Lsat: Making the Case for Alternative Evaluative Efforts and a Redefinition of Merit

Excerpted From: Phoebe A. Haddon and Deborah W. Post, Misuse and Abuse of the LSAT: Making the Case for Alternative Evaluative Efforts and a Redefinition of Merit, 80 Saint John's Law Review 41 (Winter 2006) (124 Footnotes) (Full Document) 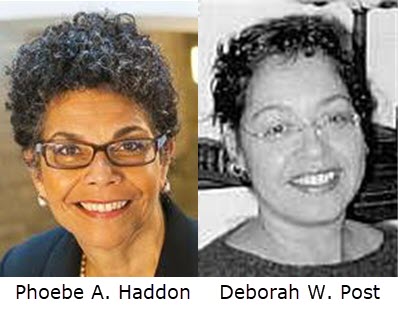 Recent studies of social inequality--the widening gap between rich and poor and the lack of social mobility in the United States--all concur in one respect: it is easier to move up the economic ladder if you have college and graduate degrees. However one chooses to characterize the transformation of the economy in the United States--post industrial, post capitalist, information age, or knowledge-based--it is an economy in which credentials matter. Credentials, like a J.D. degree, symbolize human capital in the form of valuable intellectual and professional skills that the credentialed person can be presumed to have. Understandably, access to education has become the site of significant controversy in the current political economy in the United States, including debate over the cost of higher education, access to federal grants or loans, and admissions criteria, including affirmative action policies.

If we apply a strict free-market model to education, and there are advocates for precisely this kind of reform, only those who could afford to pay the price would get an education. In the debate about access to higher education, that possibility is seldom seriously considered. Rather, it is the competitive advantages that arise from wealth and the costs of class-based exclusion that have become the focus of educators. It appears that there is still substantial support for the ideal of equal opportunity, a belief in individual potential without regard to wealth or class position, and the importance of merit. There is, at the same time, substantial disagreement about the manner in which educational resources should be distributed: who has merit, who deserves an education, and who is qualified to attend the most prestigious schools in the United States.

At the center of the storm over admissions criteria for college and law school is an important and powerful social institution in contemporary society: the standardized test, the testing industry, and the people who create, administer, and score it. The development of standardized tests has a contested history. The promoters of standardized tests are sometimes lauded as reformers of a decentralized admissions process that invited cronyism, nepotism, and irrational exclusionary prejudices. At others times they are reviled as the architects of quasi-scientific justifications for racist notions of intellectual inferiority and superiority. A half century after its creation, experience with the LSAT has revealed abuses that the creators and early critics of standardized tests might not have anticipated. While tests of “aptitude” or predictive tests, continue to be controversial and extremely problematic when used to decide who should have access to legal education, slightly different but related problems are created by the mass production and administration of tests in the name of efficiency. The sheer volume of tests administered, as well as the increase in the number of students applying to law schools, threaten to make assessment of individual merit so mechanical and superficial as to be virtually meaningless.

Law school administrators and law faculty are responsible for policies that determine who will attend law school. The subject of admissions standards or criteria is vitally important to the legal community and the decisions faculty and administrators make about admissions criteria have important consequences for a much wider community. Over the past several years, particularly since the creation of a ranking system for law schools by U.S. News & World Report, the LSAT has become a symbol deployed by law schools in the competition for prestige, status, and applications. There has also been growing dissatisfaction with the LSAT and with the way it is used. At law schools across the country, on law professor listservs, in newsletters and alumnae magazines, in hallways and admissions offices, there is heightened interest in the use of the LSAT in law school rankings and the effect of this use on the quality of legal education.

Conferences have been sponsored on rankings, with attention paid to the effect of LSAT scores on those rankings and on the LSAT examination and its effect on minority admissions. The LSAT is utilized to support proposals that would send minority students “cascading” out of elite schools down to “lower-tier” schools. Meanwhile, shocked by the decline in the number of African American students applying to and enrolled in law schools, especially African American males and other underrepresented groups, advocates for affirmative action presented proposed changes in standards of accreditation that would deter the use of the LSAT in a way that reduces or eliminates minority enrollment in law schools to the Council on Legal Education and Admission to the Bar (“Council”) of the American Bar Association (“ABA”). Allegations that cultural bias in the examination explains the differential group performance on the examination seem to have diminished even as theory and empirical research on multiple intelligences and the culturally specific relationship between IQ tests have gained a foothold in cognitive psychology. More research is needed on the application of these theories in the design and content of the LSAT and for the use of complementary assessment instruments.

The authors are members of the Society of American Law Teachers (“SALT”). We were asked by the Board of Governors of SALT to research and draft a statement on the impact of the LSAT on law school admissions. SALT believes that all law professors can and should participate in a meaningful way in a public discussion of criteria of admission for law school, including the use and possible misuse of the LSAT test. The SALT Statement on the LSAT is appended to this Article. This Article presents a longer and thorough discussion of the many issues raised by the use of the LSAT, GPA, or combination of both as the primary criterion in the admissions process. After exploring the evidence of over reliance and misuse of the LSAT in law school admissions and the institutional constraints that promote these practices, we conclude with a list of alternatives, which we believe might ameliorate the worst abuses. Most of these proposals for reform of the admissions process were previously issued in a more abbreviated form as the “SALT Statement on the LSAT” included as an appendix to this Article.

Conservative legal scholars and others opposed to affirmative action all make the same argument: merit is best measured by UGPA and LSAT scores, and, thus, racial and ethnic minorities are, as a group, less meritorious - that is, less qualified - than whites. Given the prevalence of racially-based attitudes in American society generally, and our culture's abiding faith in the ability of science to devise some standard by which human capabilities can be measured, standardized tests have enormous appeal. Tests are potent symbols, especially when the aggregate difference in performance between whites and certain minority groups is invoked by those who wish to “prove” that the quality of higher education has been impaired by the admission of “unqualified” minorities. In this argument, we hear the echo of the past, the notion that Western culture is at risk unless those who do not belong, those who are inferior, are kept at bay.

Recently, the Supreme Court, in Grutter v. Bollinger, recognized that law schools can legitimately seek to devise a race-conscious admission process designed to create a challenging and diverse learning environment and, ultimately, to graduate better qualified legal professionals. Over-reliance on the LSAT impedes the attainment of these objectives.

Phoebe A. Haddon is a Professor of Law at the James E. Beasley School of Law, Temple University.

Deborah W. Post is a professor of law at Touro College Jacob D. Fuchsberg School of Law, a member of the Board of Governors of the Society of American Law Teachers, and author, with Louise Harmon, of Cultivating Intelligence: Power, Law and the Politics of Teaching (1994).