The Carrot Is the Stick: Food as a Weapon of Systemic Oppression for Black Consumers and the Disenfranchisement of Black Farmers

Excerpted From: Shawn “Pepper” Roussel, The Carrot Is the Stick: Food as a Weapon of Systemic Oppression for Black Consumers and the Disenfranchisement of Black Farmers, 36 Journal of Environmental Law & Litigation 129 (2021) (182 Footnote) (Full Document) 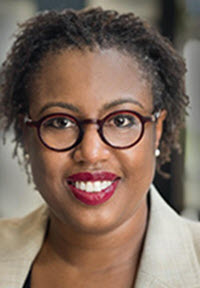 Disparities are commonly incorporated into the laws and policies of the U.S., making it near impossible for Blacks to achieve parity and equity with White counterparts. This article posits that discussions around types of oppressions ignore the most basic, if not most insidious, form: food. Food oppression is an utterly heinous means of oppression because food is a necessity for continued life, and it informs public health.

In an April 2020 factsheet on COVID-19, the Centers for Disease Control (CDC) identifies COVID-19 as “an illness caused by a virus.” COVID-19 is an upper respiratory disease that is spread “mainly through close contact from person to person.” But, as with most other viral infections, treatment relies heavily upon the body's own immune system to combat it. immune system is the body's defense system, and its purpose is to attack viruses that cause colds, flu, and the coronavirus. However, the immune system must be supported and bolstered to function at its best. Some strategies to improve the functionality of the immune system include eating a diet high in fruits, vegetables, and whole grains; exercising regularly; maintaining a healthy weight; controlling stress levels; and controlling blood pressure. The lack of these needs being met within the Black community explains the high rate of Black people contracting and perishing from COVID-19.

Although the numbers are incomplete because we are still in the midst of the pandemic, the Brookings Institute released an article asserting death rates among Black and Hispanic/Latino people dwarf those of White people based on data from the CDC. Much of these stark disparities in mortality rates are tied to healthcare access and comorbidities from preventable diseases. is defined as “discrimination backed up by systemic or structural power, sometimes referred to as institutionalized power, including government, education, legal, and health system policies and practices.” oppression is institutional, systemic, food-related action or policy that physically debilitates a socially subordinated group.” But food oppression is far more than relegating entire communities to living in food deserts, and more than municipalities conspiring with fast food conglomerates to leave large swaths of Black and Brown people in food swamps. Food oppression is intertwined with every other type and instance of oppression from housing and health to frequent couplings with wage, education, and environmental disparities.

This Article explores themes of food oppression and the laws that permit and substantiate it. First is the missed opportunity for President Andrew Johnson's administration to support a progressive agenda, which undermined and crippled the Freedman's Bureau. Johnson's leniency toward the Southern states and their purported rights effectively re-subjugated freed Blacks, weaponized hunger, and left millions of refugees destitute. Then, we review the Morrill Land-Grant Act and how through dislocation native people were left without arable land, dependent upon commodities, and fraught with the same preventable diseases that plague Black, Indigenous, and People of Color (BIPOC) communities in modern-day U.S. Then, we explore the Southern Homestead Act of 1866 and how it was the foundation for the terrorism that prevailed in the South. This terrorism, led by individuals and government entities including the United States Department of Agriculture (USDA), undermined Black farmers, Black farming, and ultimately the ability of Black people to feed themselves and their communities. Finally, we look at whether litigation has improved the condition of Blacks and Black farmers in their quest to be self-sustaining.

Centuries of systemic racism and legally sanctioned oppression of Blacks has kept an entire demographic of U.S. citizens in economic bondage since the first boats of kidnapped and enslaved people arrived on the shores of Florida. Pervasive use of law to create and inflict brutality upon then-vulnerable populations ensures Black people remain hyper-focused on survival as opposed to being able to fully thrive and build for the future. The eschewed opportunity to offer true Consumers and the Disenfranchisement of Black Farmers recompense to freedmen in 1864, in favor of continued traumatization, informs and is directly correlative to the plight of descendants thereof. Historically, there were no protections, leaving millions of Blacks at risk of institutionalized oppression via many levels and avenues.

The function, the very serious function of racism [] is distraction. It keeps you from doing your work. It keeps you explaining, over and over again, your reason for being. Morrison

As a collective, we have spent centuries attempting to lay the blame within and across racial groups. We do ourselves a disservice trying to encourage or convince people of their role in unjust and inequitable systems. The perpetuation of any form of oppression is most felt by those who are marginalized. Therefore, it follows that discussion with the oppressors asking them to accept and correct their role for the good of us all are largely fruitless. This surely contributes to the tension and the theory held by the marginalized that they are not heard. And who could blame them?

Particularly, Blacks in America have found themselves at the brunt of disparities. These disparities are commonly incorporated into the laws and policies of the U.S., making it near impossible for Blacks to achieve parity and equity with their White counterparts. Laws that have been enacted to provide justice have historically needed additional fail-safes for both Blacks and Indigenous people. Land dispossession of Native Americans was in full swing by 1862 under the Morrill Act. the ability to vote. Voting by men was memorialized at the inception of our country. However, Black men were not considered men until the Fourteenth Amendment of 868. The Fifteenth Amendment of 1870 expressly provided Blacks the right to vote. But it wasn't until the Voting Rights Act of 1965 that racial discrimination in voting was finally prevented. These disparities, if not the outright racism of elected officials, have shown themselves within almost every government funding and protection opportunity, and they continue to influence how our society views oppression and equity. We can agree that the immortal words of author Toni Morrison are true: “[T]he function, the very serious function of racism ... is distraction. It keeps you from doing your work. It keeps you explaining over and over again, your reason for being.” If racism is a distraction, well-honed oppression holds our attention as it expertly conceals the costs of its actions. Racism--it turns our attention from and keeps us from addressing what is real and compels focus on the fictionalized narratives that shift both blame and responsibility to the subordinate groups. It invisibilizes the costs to equitably treated folk thereby leaving the impression that oppression is free. But it is not. We can choose to eschew the distractions, be present, and engage again on the things that are paramount to our collective growth--like being able to use the carrot as food as opposed to a weapon of continued oppression.