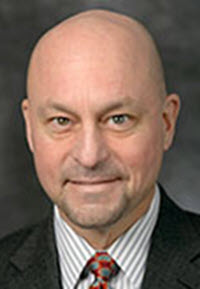 The Clean Water Act (“CWA”) is built on the model of cooperative federalism used in nearly all modern U.S. environmental laws. In the context of this Article, that federal-local partnership might be best typified by the general requirement that permits for water pollution discharges contain two kinds of legally enforceable conditions. The first permit conditions are technology-based standards, set by EPA for categories of industry and uniform across the country. The second kind of permit conditions are water quality-based standards, set by the state (or qualified Indian tribe) representing site-specific value judgments about the water receiving the pollution.

Site-specific water quality standards (“WQS”) are critically important for Indian tribes as indigenous peoples face similar but not identical health risks that non-Indians do. Tribal welfare concerns are often quite different because environmental quality is inextricably entwined with indigenous culture based on ancient relations with the natural environment. Hence, water pollution permits that do not account for indigenous cultural uses of water risk environmental injustice in a manner reminiscent of early colonial attempts at assimilation.

The national policy of tribal self-determination held obvious possibilities for incorporating cultural values into the water pollution permitting process, and although the policy's origin coincided with the birth of the modern environmental era in 1970, Congress initially overlooked tribes in providing local roles to state governments in the CWA. The newly created EPA recognized the opportunity first, adopting a policy acknowledging tribes as the appropriate local governments for making site-specific environmental value judgments that would animate federal programs. Congress followed suit, amending the CWA to authorize tribal “treatment as a state” (“TAS”) for a number of programs including WQS.

Tribal TAS status effectively embraced self-determination by placing the responsibility for articulating tribal uses of reservation waters and the criteria for protecting them on tribes. Those tribal value judgments were then to be translated into pollution permit conditions ensuring protection of tribal health and welfare. A handful of Indian tribes developed WQS with great success, but the overwhelming majority of tribes have not taken advantage of the opportunity. A number of reasons may explain their hesitation, but fear of litigation challenging tribal sovereignty and the status of their lands are likely key factors. EPA used its administrative environmental expertise to limit some litigation risks at the outset, and when that resulted in few tribal TAS programs, it exercised that discretion to do so again recently.

When Congress enacted the modern CWA in 1972, it gave states that did not already have WQS six months to develop them, ninety days for the Administrator to approve them if consistent with the Act, and if not, then ninety days for the state to make them so or EPA would issue FWQS. That is, within one year every state would have enforceable WQS or EPA would fill the gap for them. More than three decades since Congress authorized tribal WQS, only fifteen percent of tribes have approved WQS. The gap in Indian country water quality protection is indisputable and unacceptable.

The gap alone does not prove environmental injustice. Determining tribal citizens in Indian country face disproportionate health risks requires data on reservation water quality. So does developing WQS. If no WQS have been developed, that generally means no data have been collected. Thus, current risk cannot be determined, nor can trends be identified. And permits cannot contain conditions protective of site-specific uses when no uses have been designated. We know generally that many Indians make cultural, traditional, and treaty rights-based water uses, but without water quality criteria, even concerned permit writers lack the information needed to draft effective permit conditions. Most aquatic cultural foods, items, and medicines are thus simply invisible uses left unprotected. Fish consumption is one exception: it is a recognized use with a criterion based on the ninetieth percentile of Americans--twenty-two grams per day. Native subsistence fishers eat between 142 and 175 grams per day.

Tribal WQS would not make that mistake. Tribes could make their culturally important uses, and the water quality criteria they determine necessary for effective protection, the local value judgments Congress expected would drive the CWA programs. Once approved by EPA, federal and state permit writers would be required to translate those tribal value judgments into conditions legally enforceable against non-Indians inside and adjacent to reservations. Tribal certification under section 401 would ensure those conditions are genuine and adequate.

Whatever the reasons for so few tribal WQS, EPA can no longer justify inaction. The federal trust responsibility and environmental justice are relevant moral imperatives. Congress' goal of nationwide environmental coverage is a stark contrast to a regulatory gap the size of New England. The practical risks of transboundary pollution from unregulated reservations and onto them further complicates the national protection goal. Legally, the CWA does not authorize EPA to abdicate its Indian country responsibility to states; the Act's preference for tribal primacy on reservations is clear. The law is also clear EPA must fill gaps that local governments do not. As the first federal agency to embrace tribal self-determination, EPA has the longest running Indian program and is arguably better suited than other agencies to craft a direct implementation program that genuinely encompasses indigenous cultural and traditional interests, drawing on tribal input and providing opportunities for tailoring where specific needs require different treatment. Politics stopped the first two inquiries into FWQS; perhaps a petition for a rulemaking from tribes or tribal organizations could break the interminable inertia and finally achieve a measure of environmental protection for indigenous peoples denied far too long.

Pofessor of Law and Director of the Northern Plains Indian Law Center and the Tribal Environmental Law Project, University of North Dakota (UND) School of Law.