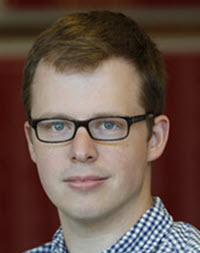 In Bibb County, Georgia, home to the city of Macon, a racial dividing line runs through the schools. Like many places in this part of the South, most of the population is black. That is reflected in the education system: in the countywide school district, 73 percent of children are black, while only 19 percent are white.

But one Bibb County school is different. It's a charter school called the Academy for Classical Education. Children are not assigned to the Academy; as with all charter schools, they attend by choice. To recruit students, the school advertises itself to parents. A section of the school's website asks “Is [this] the place for your child?” The website answers by detailing a rigorous curriculum that requires children to “memorize poems, speeches, [and] the sequence of history ....” “Socrates, Aristotle, Bach, Jefferson, Churchill, Mandela ... have established all that is worthwhile to be learned,” the website declares.

The racial demographics of the Academy are the reverse of the county: the school is 72 percent white, 16 percent black. In a place where Jim Crow exists within living memory, the racial split raises uncomfortable questions.

But the Academy is not alone in this respect. Almost a thousand miles to the northwest, in Saint Paul, Minnesota, is Como Park Elementary School. Located in a heavily diverse area of the city, 91 percent of its students are black, Asian, or Hispanic. Only nine blocks away, the Twin Cities German Immersion Charter School serves the same grades; its student body is 88 percent white.

At a 2016 public hearing in St. Paul, the director of New Millennium Academy Charter School stood to speak to a judge. Her school was almost entirely made up of Hmong students--94 percent to be exact--and she is trying to explain why it, and other charter schools, should not be included under state desegregation mandates. She says that it's because black children are different from her students: “Each culture group has their own. The Hmong, we are very quiet. We are introvert[s]. We don't talk much. The African-American students, they are extrovert[s]. They talk. That's how they are.”

Earlier during the same hearing, the director of Excell Academy, a charter school that is 92 percent black, read a comment from a student: “You need to think about what you are doing to people of color and whites. If you make a white kid go to a colored school or a colored kid go to a white school, there are a lot of things that can go wrong.” In all these charter schools, and hundreds more across the country, an old idea seems to be coming back--the idea that education is best provided by separating kids along racial lines.

School segregation was one of the thorniest problems--maybe the thorniest-- ever tackled by American law. The source of the trouble was simple: even though the Supreme Court decided in 1954 that school segregation must end, racial divides expressed themselves in innumerable ways. In the South, Jim Crow laws formally assigned students to schools based on their race, and permitted no crossing of racial boundaries. Elsewhere, more nuanced methods of segregation were employed. In cities where racial and ethnic minorities lived in clearly-identified ghettos, formal segregation was rarely necessary; school attendance boundaries simply followed the boundaries of those ghettos. And when residential boundaries would not suffice, a bewildering array of student assignment policies, strategic school openings and closures, and optional attendance zones could be deployed to similar effect.

The Supreme Court's decades-long campaign against school segregation dealt with its simplest manifestations first. After Brown v. Board of Education banned explicit segregation, most of the Court's subsequent segregation cases focused on the nation's bevy of creatively segregated school districts. As the courts have pursued increasingly baroque--though no less harmful--forms of segregation, the idea of overt racial designation in schools has taken on the aura of a historic relic. The unstated assumption is that the United States has simply moved on from such realities.

But in the fast-growing charter school industry, the idea of racially designated schools has not been forgotten at all. Instead, charters have been embraced as a bold new frontier of educational innovation. Their stalwarts defend the virtues of segregated education, at times even claiming that racial groups learn best when they learn separately.

Perhaps due to the brazenness with which these racially targeted schools operate, commentators often assume that charter schools must be distinguishable from the intentional, de jure segregated systems of decades past. As such, analyses of these schools' legal implications are surprisingly sparse.

This article makes two arguments regarding racially targeted charter schools. First, it asserts that--as it appears at first glance--these schools are unconstitutionally discriminatory on the basis of race. Contrary to many recent assertions, such schools are in no way exempt from constitutional rules barring intentional segregation. Second, this article argues that the operation of such schools, incident to a state charter law, renders the broader swaths of the state's charter and educational system a de jure segregated “dual” system. Just as a local district's operation of a whites-only school would permit a court to use the full panoply of remedial integration tools to desegregate the whole district, the chartering of racially targeted schools permits the full scope of constitutional remedies on a statewide basis.

There are many other questions related to segregation, integration, and charter schools. To what extent should charters be affected by district-wide integration orders? Are charters inevitably segregative, or can they, in some circumstances, promote integration? What practical remedies are most effective for integrating charters? This article leaves these questions for another day, focusing instead on racially targeted charters. Even this narrow discussion, however, cannot be conducted without a significant review of both policy and law.

Part I of this article focuses on charter schools themselves--what they are, the basic shape of segregation among the charter sector, and some brief description of how the resulting segregation came to be.

Part II provides an overview of the most important and relevant decisions in the sequence of Supreme Court school desegregation cases.

Part III applies that law to the problem of racially targeted charter schools.

It is easy to imagine objections to the conclusions above. After all, they envision aggressive application of judicial precedent that has lain mostly dormant for years. If carried through to their logical end, they reopen the way to large-scale remedial school desegregation, restarting a process that was thought to have mostly concluded decades ago. This could subject a high number of American schools--potentially even the vast majority of schools--to aggressive desegregation remedies, once again bending courts towards the task of eliminating the stain of unconstitutional discrimination. People are naturally wary of such broad measures.

Should they be? Perhaps not. Brown, Swann, and Keyes are all still good law. But more importantly, the underlying logic of those cases is sound, and does not become any less sound when applied to modern factual circumstances.

When the state permits the creation of racially classified schools, should it not be a sign that broad measures are needed? Policymakers are not blind to the types of charter schools their rules and laws are producing. They are not deaf to the appeals of civil rights advocates, who point to the open racial sorting many charters engage in. And they are surely not ignorant of how charters can be used to sustain and intensify existing patterns of educational segregation.

To the extent that those policymakers are using charter schools as an instrument of resegregation, why should the presumptions of Keyes not apply? Is it not reasonable to suspect that the same segregative motives that resulted in an all-white “classical academy” might also result in the creation of an all-black “no excuses” school? Is it hard to believe that a lawmaker who approves of one might also approve of the other? History shows us that these ideas have often traveled together.

Keyes said that “[w]here school authorities have been found to have practiced segregation in part of a school system, they may be expected to oppose system-wide desegregation.” Has the nation's experience with segregated charters, serving segregated cities, suggested that this expectation needs to be in any way amended? Do we see the purveyors of racially isolated charters racing to integrate nearby traditional schools?

Today, many charters claim to have discovered the wisdom of dividing students into racial groups. How new is this wisdom, really?

In the end, if we have trouble accepting the enormous consequences of applying school desegregation law to charter schools, it may not be because the law is ill-considered or wrongly applied. It may be because we are--still--not prepared to confront the enormity of our legacy of school segregation.

Will Stancil is a Research Fellow at the Institute on Metropolitan Opportunity at the University of Minnesota Law School.