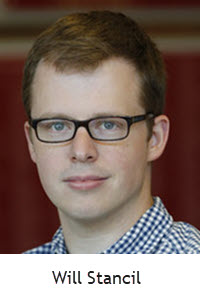 Courts have always been the final repository of hope for parents and students who feel that their schools are consigning them to second-class citizenship. In the United States, no modern educational injustice has a longer or more abusive history than racial segregation, and its effective redress has proven all but impossible without occasional judicial intervention. Now, concerned parents are finding new legal avenues towards desegregating their schools, by relying on state courts and constitutions. But there are warning signs that those courts may decide--for the first time ever--that claims of racial segregation fall outside the purview of the judicial system. 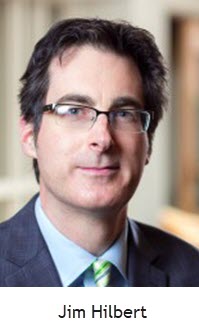 Over several decades, education advocates have developed "educational adequacy" lawsuits as a vehicle for educational reforms. While the claims in these suits vary, they all share a basic structure. Educational adequacy lawsuits assert that a state's constitution creates either a legislative obligation to provide an education with particular characteristics, or a fundamental right to education. Plaintiffs in these suits then allege that some defect in a state's K-12 school system results in a failure to meet those requirements, or else violates that fundamental right. In doing so, the plaintiffs seek to override the legislatively-developed educational system to correct the inequity.

Most often, the asserted defect is funding inequality or insufficiency, such as a state's school funding formula that prevents constitutionally adequate funding. But other claims have proven viable as well. One such claim is a segregation claim. Segregation, particularly racial segregation, is the grandparent of all educational inequality in the United States. As long as parents have been fighting for fairer schools, segregation has been at the heart of those fights. Although few in number, educational adequacy segregation lawsuits stand out. They are a novel mechanism for attacking a morally and politically evocative problem against which previous legal remedies have sometimes fallen short.

However, educational adequacy lawsuits have met resistance, and segregation claims are no exception. In recent years, there have been indications that some courts have come to see the education system as a policy consideration for the legislature, resulting in the dismissal of education clause suits under the principle of justiciability.

Part I provides background on the historic roots of education policy and educational inequality.

Part III summarizes the doctrine of justiciability and analyzes cases in which it has been held to prevent education clause claims in state courts.

Part IV shows how the harms of segregation form a special case that supports the justiciability of education clause claims.

Time and again, the court system has been called to uphold constitutional rights guaranteeing equal and adequate education. First, these battles were waged primarily in federal courts, and fought over intentional segregation. Then, they moved into state courts and were fought over financing and funding. Now, there may be an opportunity to combine these two trends, and, using the guarantees of state constitutions, fulfill the promise of integrated schools in places where desegregation was never completed or never took in the first place.

By and large, courts have accepted the burden of acting as the guarantor of constitutional education requirements. School segregation poses a burden of a different sort--perhaps a much larger one. But the American judicial branch's long history of pursuing the unification of formerly divided school districts proves that the judicial system is equal to the challenge. Courts should recognize the justiciability of state law segregation claims and accept that challenge.

Will Stancil is an attorney and Research Fellow at the Institute on Metropolitan Opportunity.

Jim Hilbert is an Associate Professor of Law at Mitchell Hamline School of Law.