Valuing All Identities Beyond the Schoolhouse Gate: The Case for Inclusivity as a Civic Virtue in K-12

Excerpted From: Sacha M. Coupet, Valuing All Identities Beyond the Schoolhouse Gate: The Case for Inclusivity as a Civic Virtue in K-12, 27 Michigan Journal of Gender & Law 1 (2020) (343 Footnotes) (Full Document) 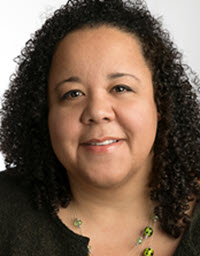 In the United States, as well as across the globe, there has been a rising chorus of disapproval from social and political conservatives who denounce "gender ideology" as a diabolical "assault on the sexes." The growing visibility of transgender and gender-expansive children in schools, media, and as subjects of litigation is regarded as prime evidence of this particular threat. Most recently, as formidable an authority as the Vatican has decried the "educational crisis" created by "efforts to impose transgender ideology on American school children" as opposed to both "faith and right reason." Indeed, debates over how schools should approach gender theory and gender identity, particularly in response to the increasing prevalence of children publicly disclosing transgender and gender diverse identities, have become "the single most polarizing education" issue to surface in the past decade. Largely because our understanding of gender tugs so heavily on issues of morality and religion, it has been described as "the biggest issue facing families and schools in America since prayer was taken out of the public schools."

The gender theory battle in this domain of the culture wars is playing out with noteworthy tension in the classrooms, locker rooms, and bathrooms of our nation's K-12 public schools, a fact that might reasonably have been expected in the wake of the 2015 Supreme Court decision in Obergefell that legalized marriage between persons of the same sex and the ensuing anti-LGBTQ backlash. Public schools were intended to be a powerful arena for molding visons of what constitutes the good life to which we should aspire as an American society and the values that undergird our modern liberal democracy. Thus, it should come as no surprise that the most contentious political and social controversies, which reflect competing visions of who we are as an American society, should make their way beyond the schoolhouse gate.

The close connection between debates in the public square and debates in the public school illuminates the critical role public schools play in our nation, particularly in their capacity as institutions designed to inculcate those virtues essential for the maintenance and health of our democratic society. For most Americans, public education is where our approach to citizenship is first meaningfully cultivated and where we learn--or, as current trends suggest, fail to learn--the essential civic virtues needed to weave together the social fabric of our nation, to contribute to the flourishing of our collective community, and to preserve life, liberty, and the pursuit of happiness for all. Since the time of our nation's founding, we have charged schools with the vital task of inculcating civic virtue and preparing young people for responsible citizenship in a free society, all of which, ideally, contributes to the common good. "Our public education system is about much more than personal achievement; it is about preparing people to work together to advance not just themselves but society."

Public schools, however, are not the only entities tasked with carrying out the rather broad instructional mission of citizenship development. So too, quite naturally, are parents, who can rightly be regarded as their children's very first civics teachers. Both parents and schools carry out their shared, but unique, roles in shaping children within the politically charged context of our pluralistic society's varied social and religious values, diverse moral principles, and changing mores. Tensions are likely to erupt when the school's socialization efforts are alleged to conflict with parental prerogatives or assertions of parental authority, as is frequently the case in all matters concerning sex and sexuality.

As microcosms of society, schools have been wrestling with how to address the issue of gender identity and gender expression, even among the youngest of pupils. Kids are coming out and transitioning at younger and younger ages and school administrators have had to develop policies to address the myriad of interactions that students will experience with peers and their environment in a typical school day. Schools have developed policies pertaining to social transitioning and access to sex-segregated locker rooms and bathrooms, sometimes voluntarily upon request and, at times, only after legal action brought on behalf of transgender and gender diverse students. Parents opposed to affirming school policies have sometimes filed their own suits against school districts on the basis of alleged violations of parental rights and student privacy.

The Department of Education, the federal agency whose mission includes prohibiting discrimination and ensuring equal access to education, has not provided formal guidance on the matter of accommodating transgender and gender-diverse students since 2017. In the absence of administrative guidance, schools are ostensibly free to develop policies based on a balancing of a range of sometimes competing interests, including parental preferences. This Article posits that, consistent with the original mission of the public school to inculcate civic virtue and on the basis of increasing social science research supporting gender affirmative approaches, schools should develop inclusive policies based on the best interests of children--long hailed as the quintessential touchstone for all decision-making pertaining to children. Indeed, the core civic virtues taught in schools--such as tolerance, inclusion, and equality--should themselves compel schools to adopt affirming models of care for transgender and gender-expansive students, including adoption of gender-complex and LGBT-inclusive curricula. Not only would transgender and gender-diverse students benefit from reductions in risk that would result from the implementation of inclusive and affirming policies and practices, but so too would all students. This is because gender--defined in the broadest way to include gender diversity, gender identity, gender expression, and gender roles--is ubiquitous and inescapable.

The backlash against transgender and gender diverse youth appears rooted in society's resistance to any attempt to shift so fundamental a precept as gender. Gender variance, to some, is simply too upending, and the challenges to deeply ingrained attitudes, systems, and practices too overwhelming to embrace. Indeed, "accepted social gender roles and expectations are so entrenched in our culture that most people cannot imagine any other way." All of this makes how we support transgender and gender diverse children in the school environments in which they spend their formative years-- the almost sacred space in which we entrust the State with the inculcation of critical civic virtues--highly revealing of our capacity to extend empathy, compassion, tolerance, and respect in the face of the fear that profound conceptual shifts like this tend to generate. My modest proposal for more inclusive curricula in K-12 is that through exposure would come understanding, and from understanding, a capacity to engage in the kind of respectful discourse and deliberation in which citizens in a modern liberal democracy must partake. These skills are what we are desperately lacking in today's politically, culturally, and socially polarized climate and what is most needed for a healthy pluralistic and diverse society to advance the common good.

Exploring how transgender and gender expansive youth are supported in the public schools, this Article posits that based on its long history of inculcating civic virtue, the public school is best suited to function as a primary agent of socialization, often over the objections of parents who seek to exercise exclusive parental authority when child rearing touches upon gender identity. It aims to support the state's effort to develop policies that are most reflective of both children's best interests and the broader interests of our common community. In so doing, it provides support for the development of state legislation supporting affirmative approaches regarding transgender and gender expansive youth, including gender complex and LGBTQ-inclusive curriculum mandates, not only for the well-being of individual transgender and gender expansive youth, but for all of us.

Part I of this Article introduces the history of the public school and its role in inculcating civic virtue in the context of citizenship development.

Part II examines the ways in which the state and parents often compete in their efforts to socialize children, an unsurprising dynamic given the ways in which the articulation of parental "rights" came to be grounded in the tension between the state and families over whose interests were paramount in shaping the next generation of citizens. This section also explores the ways in which courts have attempted to resolve disputes between parents and the state over curriculum content--ostensibly the vehicle for values inculcation--especially in the context of a multicultural, religiously diverse and pluralistic society such as ours. Further, Part II analogizes race and gender to highlight how challenging it can be to inculcate diversity as a norm.

Part III champions best interests of the child as the standard that the state should apply in setting school policy around gender diversity, reflecting the currency of the concept of best interests in all legal decisions pertaining to children, and echoing the ethos expressed in Brown pertaining to the "hearts and minds" of children in whom a feeling of inferiority had been generated.

Part IV provides support for the subordination of parental prerogatives when the exercise of such privileges is antagonistic to the best interests of all children-- transgender, gender diverse, and all others.

Finally, Part V articulates the ways in which public schools, through the inculcation of civic virtues such as proteophilic competence, can foster connections that inspire citizens to nurture a concern for and a meaningful commitment to the common good.

Transgender and gender diverse persons touch a particular chord in American society in part because of the ways in which they are regarded as threatening to the centrality of a binary conceptualization of gender--a well-anchored concept that many are resistant to abandon. Transgender and gender diverse youth, in particular, also force us to confront our most deeply held assumptions about a core aspect of identity at the very same time that this identity is taking shape. Because the overwhelming majority of children spend their formative years in public school, their emerging identities inevitably unfold in a space regulated by the state--the same state charged with inculcating civic virtue, nurturing attributes of good citizenship, and fostering the full development of each individual so that he, she, or they can best contribute to the common good. Schools today are challenged in their effort to achieve these aims because the norms outside of the schoolhouse gate increasingly present a destructive counternarrative--one that fosters intolerance on the basis of identity, uncivility, and social discord, sometimes accompanied by strong parental opposition and resistance to any accommodations supportive of identity.

This Article aims to contribute to an ongoing exploration of the ways in which we can repair our fraying social fabric with a more civil discourse on the matters that divide us, using gender diversity and pedagogical strategies that highlight inclusivity within K-12 as the template for exploring differences and getting past our proteophobic reactions.

Professor of Law at Loyola University Chicago School of Law.