Racial Bias, Jury and The False Promise of Peña-Rodriguez 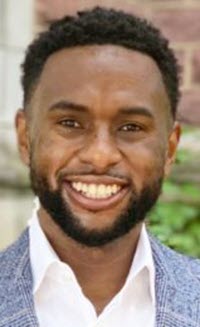 In Peña-Rodriguez v. Colorado, the Supreme Court addressed whether a court can hear evidence of a juror making racially biased statements during deliberations in a criminal trial. The Court held that, despite a general ban on courts receiving evidence of what transpired during jury deliberations, the Sixth and Fourteenth Amendments to the Constitution require courts to hear evidence of jurors making statements evincing racial bias. The Court created this exception to the general ban known as the no-impeachment rule because “racial prejudice is antithetical to the functioning of the jury system.”

When crafting this exception, the Court clarified that “[n]ot every offhand comment indicating racial bias or hostility will justify setting aside the no- impeachment bar to allow further judicial inquiry.” Indeed, the Supreme Court set a high bar that defendants must clear before the exception applies: “there must be a showing that one or more jurors made statements exhibiting overt racial bias that cast serious doubt on the fairness and impartiality of the jury's deliberations and resulting verdict.” To satisfy this standard, “the statement must tend to show that racial animus was a significant motivating factor in the juror's vote to convict.” And even if a defendant makes this “threshold showing,” Peña-Rodriguez left open whether a court must grant a new trial.

The Peña-Rodriguez majority claimed the decision marked significant “strides to overcome race-based discrimination” in the jury. However, subsequent history proves this narrative false. In the few years since the decision, lower courts have consistently refused to apply the exception it recognized, even when there are allegations of blatant racism. For example, one court held that the defendants had not satisfied the Peña-Rodriguez standard where a White foreperson referred to Black jurors who expressed doubts about the defendants' guilt as “[Black] women” protecting their “[B]lack brothers.” Another court held that a Black defendant had not met the Peña-Rodriguez standard despite a juror calling a fellow juror who seemed sympathetic to the defendant a “n[ ] lover.” And yet another court concluded that Peña-Rodriguez did not compel a new trial in a case where a juror admitted that she thought the defendant was guilty of murder because he was Salvadoran. In fact, in the four years Peña-Rodriguez has been on the books, only one court has applied it to order a new criminal trial based on juror racial bias.

While at first blush Peña-Rodriguez appears to be a significant step in eliminating racial bias from the jury, the decision is hardly a boon for racial justice. To the contrary, requiring proof of “overt racial bias” showing that “racial animus was a significant motivating factor in the juror's vote to convict” to overcome an evidentiary rule ignores the reality that racism often manifests in subtle ways. It also elides the fact that it is hard, if not impossible, to know how racial bias motivates decision-making. As such, Peña-Rodriguez threatens to insulate the nuanced forms that racism most often takes from review.

In a moment of national reckoning, where we are contemplating the ways racial bias permeates our social institutions, it is important that legal scholarship grapples with the Supreme Court's complicity in allowing racism to persist in the criminal legal system. To date, when legal scholarship has discussed racism in the jury, it has often focused on the shortcomings of the jury selection process and proposed various interventions. Before Peña-Rodriguez, many discussed how the no-impeachment rule was in tension with the Sixth Amendment. And since Peña-Rodriguez, scholars have been discussing whether courts will expand its exception beyond claims of racial bias. What scholarship has not adequately discussed is how unreasonably hard it is to prove a juror racial bias claim, and relatedly, how Peña-Rodriguez claimed to be a resounding win for racial justice, when in reality it was anything but.

This Article illuminates how Peña-Rodriguez will be ineffectual in the fight to eliminate racial bias from the jury system. The Article therefore poses two workarounds. First, the Article maintains that federal courts should interpret Peña-Rodriguez as permissively as possible, taking an expansive view of what constitutes “overt racism,” and should freely grant new trials once the Peña-Rodriguez standard is satisfied. Second, the Article urges state courts to adopt an objective standard for juror racial bias claims similar to that used to evaluate judicial bias claims under the Due Process Clause. Rather than adhere to the near-impossible Peña-Rodriguez standard, states should embrace a rule declaring that the no-impeachment rule gives way and that a new trial must be granted if a juror makes a statement that a reasonable observer could conclude reflected racial bias or animus. Even the perception of racial bias influencing a verdict undermines the verdict's legitimacy and erodes the integrity of the criminal system more broadly. Therefore, state courts should make clear that once racism in the jury room is uncovered, a new trial is required--no matter the weight of the evidence, regardless of whether the racist statement appeared to be fleeting, and even if the juror evinced non-biased reasons for voting for guilt. This would give teeth to the Sixth Amendment's guarantee of impartiality and breathe life into the Fourteenth Amendment's “central purpose” of “eliminat[ing] racial discrimination emanating from official sources in the States.”

The Article proceeds in three sections. Part I explores the origins of the no-impeachment rule and the professed importance of secret deliberations to the jury system. It then explains how the Supreme Court nevertheless created a racial bias exception to the no-impeachment rule in Peña-Rodriguez. Part II highlights the shortcomings of Peña-Rodriguez, providing examples of how racial bias has flourished despite, or perhaps because of, the decision. This Section then explains that at best, Peña-Rodriguez is what Paul Butler calls “cheap racial justice” and details how the decision could actually be harmful to a racial justice agenda. Finally, Part III calls for federal courts to stretch the Peña-Rodriguez standard as far as the words allow, also urging state courts to reject Peña-Rodriguez altogether and apply an objective standard to evaluate claims of juror racial bias. This Section then weighs the pros and cons of this proposed objective standard and asserts that, even given the downsides, the proposed standard would better protect the constitutional principles of impartiality and equality.

The Supreme Court has said time and again that racial bias has no place in the administration of justice. Peña-Rodriguez pays mere lip service to this idea while barely mitigating, let alone eradicating, race-based discrimination in the jury system.

Had the Supreme Court in Peña-Rodriguez been truly engaged in eradicating racial bias from the jury system, the Court could have adopted a much more robust framework for addressing juror-bias claims. But it did not. Instead, it made lofty declarations about the perniciousness of race and then, in a sleight of hand, adopted an unreasonably high standard that would insulate most racial bias from review. As courts' implementation of the decision makes clear, a wooden application of Peña-Rodriguez allows courts to sidestep most claims of juror bias, meaning little progress has been made in the effort to detect and remedy racial bias in the jury room.

Justice Sotomayor recently remarked that “the work of purging racial prejudice from the administration of justice is far from done.” It was this hard work that the Supreme Court seemed unable, or unwilling, to do. We can hope, following the interventions proposed in this Article, that other courts take up the mantle.