The “Reasonable Black Child”--Youth, Race, and the Fourth Amendment 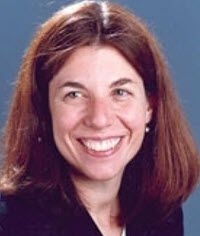 David, a 16-year-old African American boy, stood on the sidewalk, his feet frozen to the pavement. It was 9:00 p.m. on a summer night, and he had just walked out of his family's home to get ice cream at the corner store. The house was located on a residential street where police were a constant presence and routinely stopped and questioned neighborhood youths. Two uniformed officers approached and positioned themselves on either side of David. Hands on their waists, they asked him a series of questions: “What's your name? Do you live around here? Where are you going? Why are you out so late?” A wave of conflicting emotions washed over David: fear, frustration, and anger. He also felt sure that, if he tried to walk away, the police would physically restrain him--or worse. When one of the officers asked if he had “anything” on him, David reluctantly reached into his pocket and pulled out a small bag of marijuana. His trip to the store turned into a trip to the police station and, ultimately, to juvenile court.

According to bedrock Fourth Amendment jurisprudence, when police officers engage civilians in such seemingly benign ways as their initial interactions with David, the youth who is the target of their attention is neither in police custody nor even temporarily detained. Consequently, the police need not have any particular suspicion of criminal activity and may question him or her, up to a point, without administering Miranda warnings. Yet, David had a fundamentally different understanding of the encounter and believed that he had no choice but to accede to the will of the police.

Courts have long embraced a deceptively simple test to determine whether someone is in police custody: Would a reasonable person in similar circumstances feel free to leave? The notion of an objectively “reasonable person,” however, is little more than a beguiling myth. Whether a young person feels able to walk away from a police encounter depends on numerous subjective or even idiosyncratic factors: age, gender, developmental status, prior experience with law enforcement, and, importantly, race and ethnicity. For this reason, legal scholars and practitioners have called for a standard that takes into account the personal characteristics and lived experiences of those who interact with the police, all of which profoundly affect perceptions of the exercise of police authority. As one former judge has written,

Differing perceptions of police encounters are the products not only of personal experience but also the widespread and ever-present knowledge of systemic bias and abuses of police authority. In 2013, African American youth were 129 percent more likely to be arrested than white youth. They also are five times more likely to be incarcerated, while Latino and Native American youth are two and three times more likely, respectively. Although black people comprise only 13 percent of the US population, they account for 26 percent of all arrests and 40 percent of those incarcerated in America's jails and prisons.

Black youth also are disproportionately the victims of police violence and misconduct. A recent Washington Post article examining civilian deaths reported that a black person is 2.5 times more likely to be killed by police than a white person. In another study, 83 percent of young black men reported personal experience with police harassment, and over 90 percent reported knowing someone who had been harassed by the police. The study also found that people who had been victimized share their experiences with family and friends, which created a “domino effect of anguish and anger rippling across an extended group.” Negative encounters with police begin at an early age; in one study, 40 percent of black eighth graders reported having had a police contact, compared to 21 percent of white youth, and these differences were not simply the result of higher rates of criminal activity among the black participants.

Together with media reports of high-profile shootings of black teenagers by police, such as Michael Brown in Ferguson, Missouri, and, most recently, Antwon Rose Jr. in Pittsburgh, these grim statistics generate negative perceptions of police and a keen understanding of the power imbalance in civilian-police encounters in black communities. A 2014 survey found that 70 percent of black people felt police departments do a poor job of treating racial and ethnic groups equally, whereas only 25 percent of white people reported the same. In another study, black participants conveyed a sense of hopelessness regarding their interactions with the police and a certainty that law enforcement will never view black men as more than “symbolic assailants.”

These findings suggest a truth known by millions of Americans but not yet incorporated into Fourth Amendment doctrine: For youth of color, the law's long-held assumptions about when one is “free to leave” do not take into account their personal experience with and perceptions of the police. The idea that David merely could have walked away, with no repercussions and no threat to his safety, is deeply flawed.

For over 20 years, legal scholars have argued that courts should consider the differential treatment and perspectives of people of color as a factor when determining whether a person feels free to terminate an encounter with the police. And, when a child or adolescent is involved, the fallacy of the “objectively reasonable person” is even more pronounced, as age, developmental status, and cognitive abilities similarly and profoundly affect the way one perceives and interacts with police. Thus, in J.D.B. v. North Carolina, 564 U.S. 261 (2011), the US Supreme Court held that a child's age is a relevant factor in determining whether he or she is “in custody” within the context of Miranda. The landmark opinion made clear that the impact of age and developmental immaturity on perceptions of custodial status is “a reality that courts cannot simply ignore.”

The J.D.B. Court's rationale for injecting the individualized factor of age into the reasonable person analysis is instructive with regard to the analogous consideration of race. The majority noted that, just as certain “undeniably personal characteristics,” such as “blindness,” are “relevant to the custody analysis,” so, too, is age. it also rejected the prosecution's claim that the “reasonable person” standard forbade individualized assessment. Finally, the Court acknowledged that ignoring a factor as fundamental and concrete as age undermined the utility of the “reasonable person” inquiry, adding that concerns about injecting some degree of individualized consideration into the analysis did not justify ignoring age altogether.

Earlier this year, the US District Court for the District of New Mexico relied on J.D.B. to hold that, like age, race is a relevant factor in the custody determination. The defendant, a 34-year-old black woman, was traveling alone on a Greyhound bus. At a bus station in Albuquerque, two DEA agents entered the bus and questioned the passengers. White passengers were only asked to provide their bus ticket and identifications, while the police asked passengers of color for consent to search their persons and luggage. The defendant consented to the search and ultimately was charged with possession of narcotics found in her suitcase.

In suppressing the drugs, the court acknowledged that black people are “‘likely to feel seized earlier in a police interaction than whites, likely to feel “more” seized in any given moment, and less likely to know or feel empowered to exercise their rights.”’ It further analogized the factor of race to that of age;

[J]ust as youth or age may impact a court's understanding of the totality of the circumstances, this Court must consider race .... Omitting consideration of the ways in which race influences encounters with law enforcement and insisting on a colorblind system of justice perpetuates a system in which constitutional protections are severely weakened for people of color. Other recent federal and state trial court opinions have similarly considered race as a relevant factor in the custody determination.

As history and a vast body of social science confirm, race is not an obscure or unknowable factor. To the contrary, as with age, police “need no imaginative powers ... or training in social and cultural anthropology” to recognize that race may affect civilians' perceptions of their actions. And just as J.D.B. has improved, rather than undermined, the ability of police or courts to evaluate children's understanding of their interactions with the police, infusing the “reasonable person” inquiry with the additional factor of race will allow for an even more realistic, and less biased, assessment. Further, in a more expansive test, race would not be determinative but merely one factor among other, more objective considerations. Such an inquiry would be entirely functional and appropriate.

The J.D.B. court described a child's age as “a fact that generates commonsense conclusions about ... perception.” Race, too, affects perception, reflecting the unjust history of discriminatory police practices and the justified fears of communities of color. When the person interacting with the police is a black child or adolescent, these considerations combine to render the application of the traditional “reasonable person” test irrational or even absurd. For these reasons, adoption of a “reasonable black child” test is an essential step to reducing racial disparities and achieving equal justice for youth.

LAURA COHEN is a distinguished clinical professor of law, the Justice Virginia Long Scholar, and director of the Criminal and Youth Justice Clinic at Rutgers Law School in Newark, New Jersey.